"The Engineer football team once again showed their supremacy over the Yankee Conference leaders by defeating the University of New Hampshire (UNH) Wildcats, 16-3," read the October 26th edition of The Brown and White in 1979.

LB Jim McCormick intercepted a UNH pass early in the game, and returned it to the Wildcat 4, setting up an early touchdown.  After that, the Engineer defense would take over, crushing UNH's offense the rest of the way.

That would be the last time Lehigh has won at Cowell Stadium - 1979, a year where Lehigh was one of four teams in the I-AA playoffs and made it to the championship, ultimately falling to Eastern Kentucky in the finals.

So much has changed since then.  The I-AA playoffs have been renamed the FCS playoffs, and not have 24 teams instead of 4.  The Yankee Conference essentially was renamed to the Atlantic 10 Football Conference and now the CAA football conference, morphing from a Northeastern-based conference to one whose center of gravity is Virginia.  New Hampshire went from a championship contender to a perennial FCS playoff powerhouse, seemingly guaranteed a slot in the playoffs every year.

But what hasn't changed much for Lehigh over the course of these last thirty-plus years is that Cowell Stadium has been Lehigh's boulevard of broken dreams.  The Mountain Hawks beat UNH in Bethlehem in 2013, it is true.  But up in the Granite State, it's been a different story.  Since that epic 1979 win, Lehigh has been 0-7 up there, and not one of the games have been close. Relying on statistics, though, to guarantee a win here might be foolhardy.

In 2014, the last time this team made the six hour bus trip to Durham, New Hampshire, the game wasn't much of a contest at all, a rainy, 45-27 blowout that was not nearly as close as the final score might indicate.

"I'm disappointed with today's outcome," head coach Andy Coen said right after that game, where the Mountain Hawks gave up four first-half touchdown drives in the first half and fell behind 29-0. "We never gave ourselves a chance. UNH really jumped us from the get-go and were very physical. We did not tackle very well. They really controlled every aspect of the game through the half."

"We didn't come out there ready to play," senior ROV Laquan Lambert told Keith Groller of The Morning Call this week. "We were complacent. We didn't have a great week of practice and didn't prepare to the best of our abilities. Honestly, we weren't out there trusting in our coaches."

In the last five games against New Hampshire in Cowell, Lehigh lost up there by double digits.  During one of those games, a 31-10 loss in 2010 that also was not as close as the final score indicated, coach Coen took the kids aside after the game, which was tied at 10 at one point and then say New Hampshire wear down the Mountain Hawks and score the final 21 points of the game.  He was livid.


“We knew we were playing a very good football team here, one that’s traditionally top teams in FCS football,” said a visibly frustrated coach Andy Coen in the official game recap. “When you play a team like that you have to take advantage of the opportunities presented to you. They presented a lot of opportunities to us. The defense created turnovers. We had a big kick return on a great individual effort. Offensively, we just weren’t able to take advantage of any of those opportunities with the exception of one. You’re not going to beat many teams when you do those things.”

"Way too many procedural issues," a perturbed Coen added in the video recap.  "Collectively as a team, we're not feeding off each other.  We need the bye week to do some work.  To get some guys to really decide how good we want to be.  I think we still have a chance to be a good football team, but not if we play like we did today."

It doesn't have to be this way this time, of course.  The UNH team Lehigh faced in 2012 was the No. 7 team in the nation and was a real threat to win the FCS National Championship, and the Mountain Hawks we both still trying to find their way.  The confidence that this Lehigh team will bring to Cowell in 2016 will be very different than the low confidence level of the 2010 team, certainly.

After enjoying the company of this 2016 Lehigh Mountain Hawk team, I know for a fact that intimidation will not be visible anywhere.  There is a dedication and confidence in each other with every member of this team that is a joy to follow.  They tread the line between confidence and overconfidence, never tipping over the cliff.

Yet it's worth taking a peek back at the struggles of Lehigh up at New Hampshire, because the challenges of getting up there, practicing up there, and playing in front of many white-clad Wildcat fans are real.

Six hour bus rides are not the same at sleeping in your dorm.  Cold game-time temperatures and cold FieldTurf affect things.  The challenge of playing in the playoffs, an annual rite of passage for the Wildcats, is something downright ordinary for the Wildcats, while for Lehigh it's brand-new territory.  Even fifth-year senior ROV Laquan Lambert and senior WR Derek Knott don't know about playing in the playoffs.  This is their first.

Lehigh's game notes show not much of a difference between the two deep from last week (vs. Lafayette) and this week vs. New Hampshire.  But off the game notes comes a major concern: the availability of senior LB Colton Caslow, who was helped off the field last week with an apparent ankle injury.

Though on crutches in the second half of the Lafayette game, "game-time decision" are the whispers coming out from the Lehigh side as to Caslow's availability.  If Caslow is unavailable to go, coach Coen will have no hesitation to start his backup, senior LB Evan Kauffman, in his place (27 tackles, 21 solo tackles) in his place.  Backing him up would likely be sophomore LB Matt Butler.

I know I might be in the minority here, but if Caslow cannot go this weekend, I have full confidence in Kauffman and Butler.  Butler in particular has been a monster on special teams this season, and Kauffman has done very well when Caslow has needed a breather.  Like everyone, I am hoping Colton can go.  But if he can't, I think Lehigh will be OK. 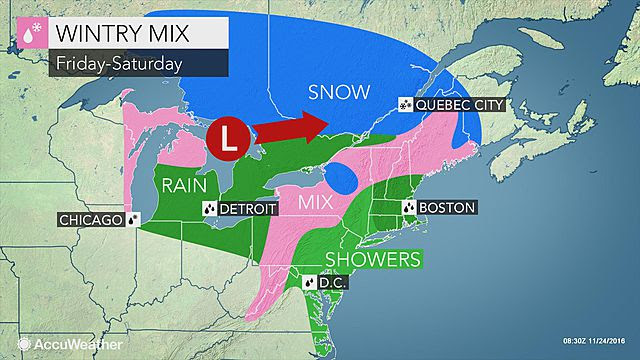 Though the Lehigh/UNH game will not be played at Wembley Arena in London, England, the weather on Saturday promises to be similar to a British winter, with a high of 49 and a low of 33 in an evolving weather report for Saturday.  Worthy of mention, though, is that the precipitation might possibly shift to snow if the temperature goes down a couple of degrees at gametime.

On Thanksgiving, light snow is in the forecast, and it can't be ruled out for Saturday yet, either.

Tune in to LFN for more information as this develops.


Clearly the UNH alumnus that you need to be aware of is actor Michael Ontkean, who was a four-year started on the Wildcat hockey team and ended up as an actor alongside Paul Newman in the seminal hockey movie Slap Shot.

Ontkean was actually so skilled at hockey that he was offered a contract by the New York Rangers, which he turned down in order to pursue his acting career.

Hard to argue with his decision, which, aside from his turn in the cult classic hockey movie, included a spot in the original Twin Peaks as Sheriff Harry S. Truman.

What sort of drink is most appropriate for a cold , wintry, British day in New Hampshire?  Easy: a British classic with a Granite State twist: Gin and Tonic with Granite Drink Chillers.

The granite chillers are indeed real things, and they are there for a good reason: they're designed to make stuff cold without adding extra water to the drink.  For gin and tonic, this application is perfect.