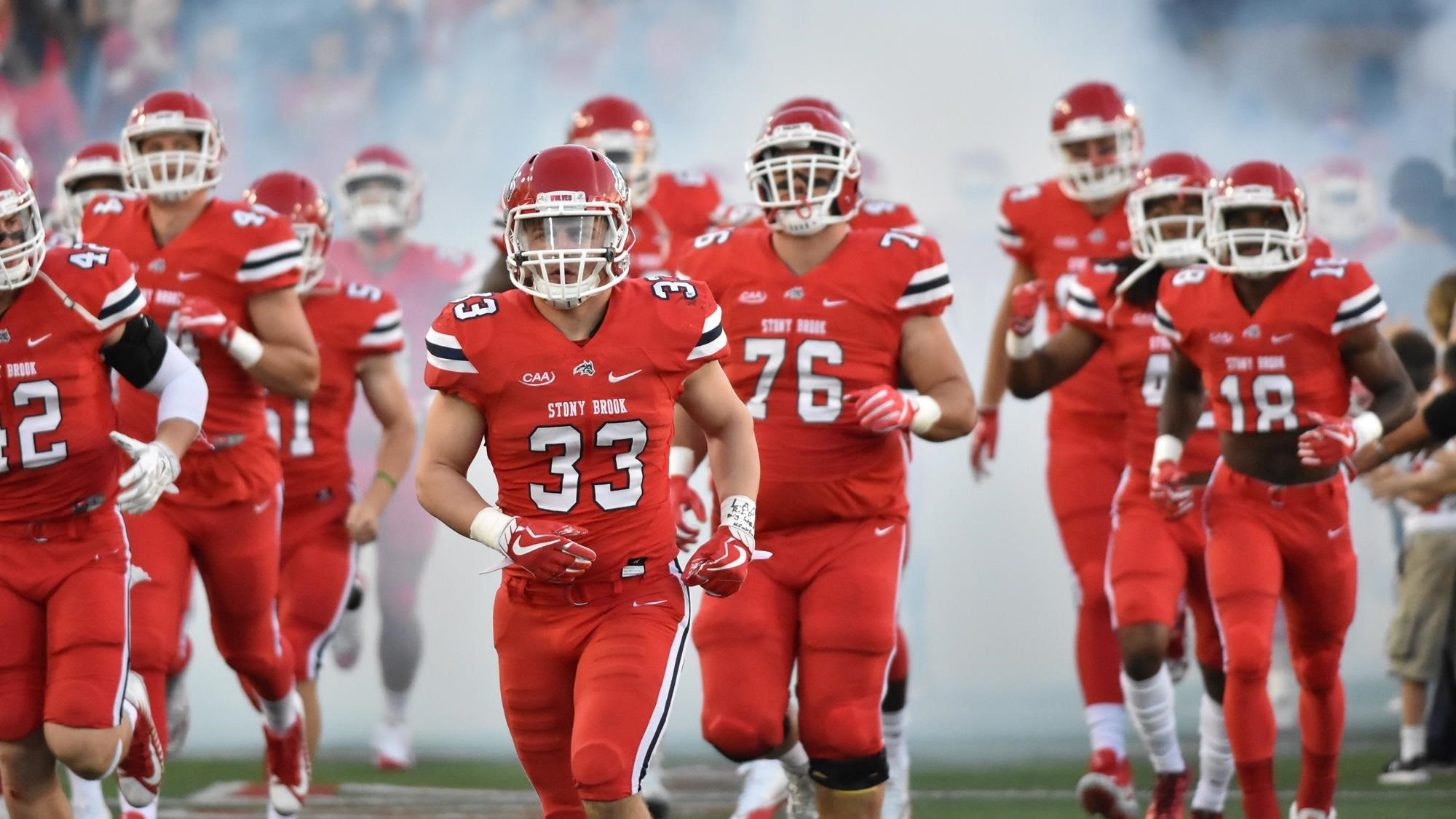 By now, you know that Lehigh has drawn Stony Brook as their first round opponent in the FCS Playoffs.

Let's get more familiar with them by starting with the basics.

Stony Brook is a member of the CAA, the same FCS football conference that gives use Villanova, Delaware, New Hampshire, and James Madison.

They're located near Oyster Bay on Long Island, in Stony Brook, New York, and were established as a part of the SUNY University system in 1957.  Since then, they have grown and expanded in leaps and bounds as a research University, and also collaborate with Lehigh on certain initiatives, most recently with their computer science departments to research machine learning.

Their nickname is the Seawolves - which is apparently a real thing - and football-wise they finished 9-2 with their very challenging CAA schedule.

Oh yeah - they also gave a 9-1 FBS team a major scare in the first week of the season.

If you recognize the last name "Priore" as a Lehigh fan, that's because Stony Brook's Ray Priore is the brother of Penn head football coach Chuck Priore, who has faced Lehigh the last three years.

Another guy who won't soon forget the Priore last name is South Florida's Charlie Strong, who had the fight of a lifetime vs. Stony Brook in Week 1 of the season.

"They didn't surprise us. We knew what we were getting," Strong said afterwards. "As a ranked team, we're going to get everyone's best."

At the start of the 4th quarter, Stony Brook RB Stacey Bedell rumbled for a 54 yard TD run, tying the game at 17.  But the Seawolves would ultimately wear down at the end, forcing USF QB Quinton Flowers to quickly complete a 65 yard TD pass to WR Tyre McCants to give USF a lead they would never relinquish.

"You can view this a few different ways," Stony Brook coach Chuck Priore said.  "When you go into these type of games I want them to have to coach in the fourth quarter, and in the fourth quarter I looked up and it was 17-17 and they were coaching.  [Later] it's 24-17 and we've got the ball moving, and we've got a chance to be in position, and then they made a play, and I give them credit. Their kids kept on playing, and we made them keep on playing."

The loss to USF was one of Stony Brook's two losses on the season.  The second was to Delaware, who was on the FCS Playoff bubble this weekend.

The Blue Hens came up to Stony Brook's Kenneth P. LaValle stadium and rallied from a 20-7 deficit and shut the Seawolves out in the second half in a 24-20 defeat.

A key play in Delaware's comeback was a fumble return for touchdown by CB Malcolm Brown, which cut their deficit to 20-17 before their game-winning TD early in the 4th quarter.  The Blue Hens defense, one of the best in the CAA and the country, stopped Stony Brook's offense three times in the final quarter, including a sack on 4th and 2 from the Delaware 18 yard line.

The Seawolves calling card is defense.  Their unit ranks in the Top 50 nationally in scoring defense (19.4 ppg, 22nd nationally), rushing defense (99 ypg, 12th nationally) and total defense (316.9 ypg, 21th nationally).  If it didn't share a conference with undefeated and No. 1 ranked James Madison, they'd easily have the best defense in their conference.

This week, the CAA announced their all-Conference team, and Stony Brook placed 11 players on those teams, including four starters on offense.  Oddly for a team whose calling card is defense, the Seawolves put no players on the CAA first-team defense, though they did put four on defense.

As facilities go, Kenneth P. LaValle Stadium is a pretty one, seating a little over 12,000 fans.  It has hosted several large NCAA events before in men's and women's lacrosse.

Lehigh and Stony Brook have one common opponent, Wagner.  The Seawolves beat Wagner at home, 38-10, while Lehigh lost to the Seahawks on Staten Island 37-20.

Lehigh has played Stony Brook once before, an age ago before Stony Brook was even in the CAA.  In 2004, with the Seawolves and up-and-coming team in the limited scholarship NEC, Stony Brook came to Murray Goodman and lost 25-2 to the Mountain Hawks.  Lehigh struggled against the Seawolf defense that day, and the end result was still very much in doubt until Lehigh CB Neal Boozer-Gallman intercepted a pass and returned it 98 yards to score Lehigh's final touchdown.  (Incredibly, this return was not the longest interception return in Lehigh history - in 1984, DB Marc Thomas ran an interception back 100 yards for a touchdown vs. Delaware.)

Anonymous said…
Chuck, nice initial preview, but I have to point out that Stony Brook is not too close to Oyster Bay at all..if someone was planning to go from the LU campus to Oyster Bay...Stony Brook is actually about 40 minutes further east out on the North Shore, on a GOOD traffic day, and that's not common. I am sure the campus is lovely out there.
5:59 PM