1st Round FCS Playoffs: Lehigh at Stony Brook Game Breakdown and Fearless Prediction: The Best Lehigh Will Have Faced All Year

November 24, 2017
At the very least, Stony Brook will be among the best defenses that Lehigh has played against all year, if not the absolute best.

But Colgate, Bucknell and even Yale did so with a schedule that isn't nearly as taxing as the week-in, week-out struggle that Stony Brook had as a member of the CAA.  It's one thing to give up a combined six points to Marist and Georgetown, as Bucknell did; it's quite another to hold New Hampshire and Richmond to 24 points, both resulting in wins.

Stony Brook is a physical football team - the closest equivalent that Lehigh has faced this season in that department has been Yale.  Over the course of the season, they have run the ball more often than they've thrown it, but when they have thrown the ball, generally after setting up the run. their quarterback has amply proven that they can connect in the passing game for big plays.

It is unclear whether this will be the most complete team Lehigh has faced all season.  But if you don't read any more of this preview, probably the best way to think of Stony Brook is as a hybrid of Yale and Villanova.  This will be a huge challenge.

In the preseason, Stony Brook was picked to finished 8th out of 12 teams in the CAA, behind such FCS playoff non-qualifiers as Richmond, Villanova, Delaware, Albany, and William and Mary.  In fact, Chuck Priore's Seawolves are only hosting a first-round game this weekend because they went 3-1 against all of these teams - with the margin of victory (or defeat) a touchdown or less.

Of all of Stony Brook's 11 games this season, only once, Week 2 vs. Sacred Heart, did the Seawolves jump out to a multi-touchdown lead - and they were helped by two Pioneer special teams miscues that set up Stony Brook with a short field.

So Stony Brook is built to be the sort of team that works slowly and methodically to wear down their opponents and win games in the 4th quarter.  Interestingly, Stony Brook only trailed at halftime by more than one score once this season - last week vs. Maine, where they trailed 19-7 at halftime but ultimately rallied to win 20-19 on a Hail Mary play to end the game.

Stony Brook's success can be largely set at the feet of the quarterback, junior QB Joe Carbone.  As a sophomore, he truly struggled, partially through injury but also through the process of CAA play.  It's his emergence that has made the Seawolves into a contender, completing almost 60% of his passes and (more importantly) not turning over the ball - he's only been credited with 3 interceptions all year.  His transformation from a 3 TD/12 INT quarterback to a 20 TD/3 INT quarterback is one of the more underrated stories of the year.

Some of his transformation came from his growth, but helping that growth has been an enormous talented offensive front line that averages 300 pounds across that gives him excellent pass protection.  Put out of your mind that NFL pro prospect OL Timon Parris is out for the season with a broken leg - 6'5, 320 lb junior OL Jonathan Haynes has walked right in and hasn't skipped a beat.  Against Maine's fearsome pass rush last week, Stony Brook's "O" line only let up one sack.

Stony Brook doesn't have a "feature back" per se, but they have a rotation of tremendous backs that all combine to provide the Seawolves' fearsome rushing attack behind that huge offensive line.  Against Albany, they ran six different backs, including junior RB Donald Liotine (561 yards rushing, 8 TDs), senior RB Stacey Bedell (694 yards, 7 TDs, formerly from UMass), junior RB Jordan Gowins (334, 4 TDs, formerly from Boston College), and senior RB Sherman Alston (96 yards, formerly from Boston College).  Alston and Bedell are more of the speed backs, though all four of them have had big rushing plays at some point this year.  Three of four of them have TD runs of 45 yards or more.

Much was made last week of WR Harrison Jackson's leaping grab of Carbone's Hail Mary pass from last week, a sixth-year senior who transferred from Boston College and has had to endure 3 different ACL surgeries just to get to this point.  For Stony Brook, that's been critical, because their leading receiver, WR Ray Bolden, will be out with an ankle injury.  That's a huge blow to their offense - Bolden had 780 yards and 9 TDs on the season - but if Jackson's re-emergence as the go-to guy in the other side is for real, it may not be as big a deal as all that.  Junior WR Donavin Washington (332 yards, 4 TDs), junior WR Nick Anderson (197 yards) and junior TE Cal Daniels (169 yards, 1 TD) will complement Jackson.

Stony Brook average 8.1 tackles for loss a game, good for 10th in the nation, and only Yale (8.5) has a better average over the course of the year.  They've also been extremely effective stuffing opposing rushing games too - Wagner was held to 125 net rushing yards against them, despite the presence of RB Ryan Fulse.

Rounding out the defensive front are two tremendous tacklers: junior LB Shayne Lawless (76 tackles, 8 1/2 TFL) and junior LB Noah McGinty (79 tackles, 7 TFL).  As you can see, Stony Brook is aggressive and blitzes from everywhere.  No matter how you slice it, they will be difficult to contain.

Lehigh might get a bit of a break in the first half, as arguably the Seawolves' top defender, senior ROV Tyrice Beverette, is required to sit out the first half of the Lehigh game thanks to a targeting call last week vs. Main.  Freshman ROV Augie Contessa backs him up on the depth chart (24 tackles).

The rest of Stony Brook's secondary, however, seems as scary as the rest of their defense.  Senior CB Travon Reid-Seguere (4 INT) and senior FS Darin Peart (3 INT) stand out with their picks and experience, while sophomore SS Gavin Heslop (50 tackles, 5 1/2 TFL) and senior SS Chris Cooper (72 tackles, 7 1/5 TFL) stand out for their tackling and blitzing ability.  It will be interesting to see how Lehigh tries to attack this defense.

In case there wasn't enough to worry about in the offensive and defensive realms, Stony Brook also has very good special teams as well.

Junior P Marc Nolan might not have the biggest average in the game (37.78), but he does have 30 punts that have pinned opponents inside the 10 - almost 2 a game.

Yes, the return game offers plenty more to be frightened about - junior RB Donald Liotine had a 42 yard return already this season, and senior RB Stacey Bedell on the other side doesn't offer much relief, either.  Junior WR Donavin Washington averages 9 yards per punt return and had a 44 yard return earlier this year. 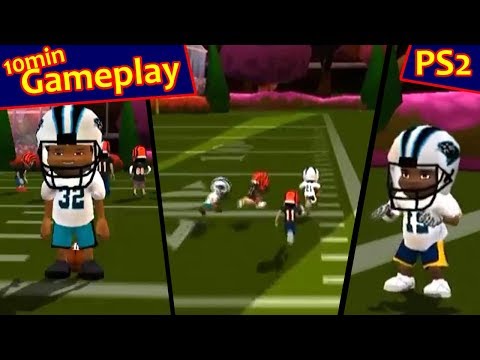 1. Playing with Nothing To Lose.  Stony Brook is 9-2; Lehigh is 5-6.  Does any Mountain Hawk think that anyone in America has them as a favorite in this game?  Don't shy away from the 42-17 predictions; embrace them.  Play fun; play loose.  The rest of America doesn't expect you to win, so there's absolutely no reason to play under any pressure at all.

For the past few weeks, junior RB Dominick Bragalone has said that he goes out there to play football and "have fun", as if he were a character in the classic video game "Backyard Football".  And junior QB Brad Mayes has said over and over that he just suits up and plays the same game of football that he's been playing since he's been six.  If Lehigh can pull off the upset this weekend, it will be a heaping helping of that sort of philosophy that will help.

2.  Make Aggressiveness Pay.  Quick passes and quick screens might help evade some of Stony Brooks' big pass rush.  The flip side of an aggressive defense is big holes and possibly big plays.  Lehigh will need to exploit these early and often.

3. Turnover-free ball.  Last week, Lehigh turned over the ball on special teams and on offense three different times on three consecutive possessions.  That didn't end up hurting Lehigh against Lafayette in the 153rd edition of The Rivalry; however, against Stony Brook, such a sequence would spell disaster.  One turnover might not be a killer; but no more.  Lehigh cannot turn over the ball multiple times and hope to have a chance to win.

This will be hard.  The odds will be long.  And yet, there is something with this Lehigh team that seems like they've learned a thing or two since they went up to New Hampshire last year and gotten the doors knocked off of them.  This team is very eager, win or lose, to make some sort of statement.  I don't see a similar outcome to the New Hampshire game coming from this team.

Unlike much of FCS Nation, I will not be surprised if Lehigh defies their expectations and win this game.  What I do know is that I'm very eager to see what Lehigh brings to the table this week to Stony Brook in this spot.  Win or lose, I predict Lehigh will surprise a lot of people, and gain respect in the process, with their best game of the year.

Anonymous said…
Have to agree with you Chuck. It is going to be tough for Lehigh to win today. They will have to play their best game of the year and be close to perfect on offense.
10:48 AM