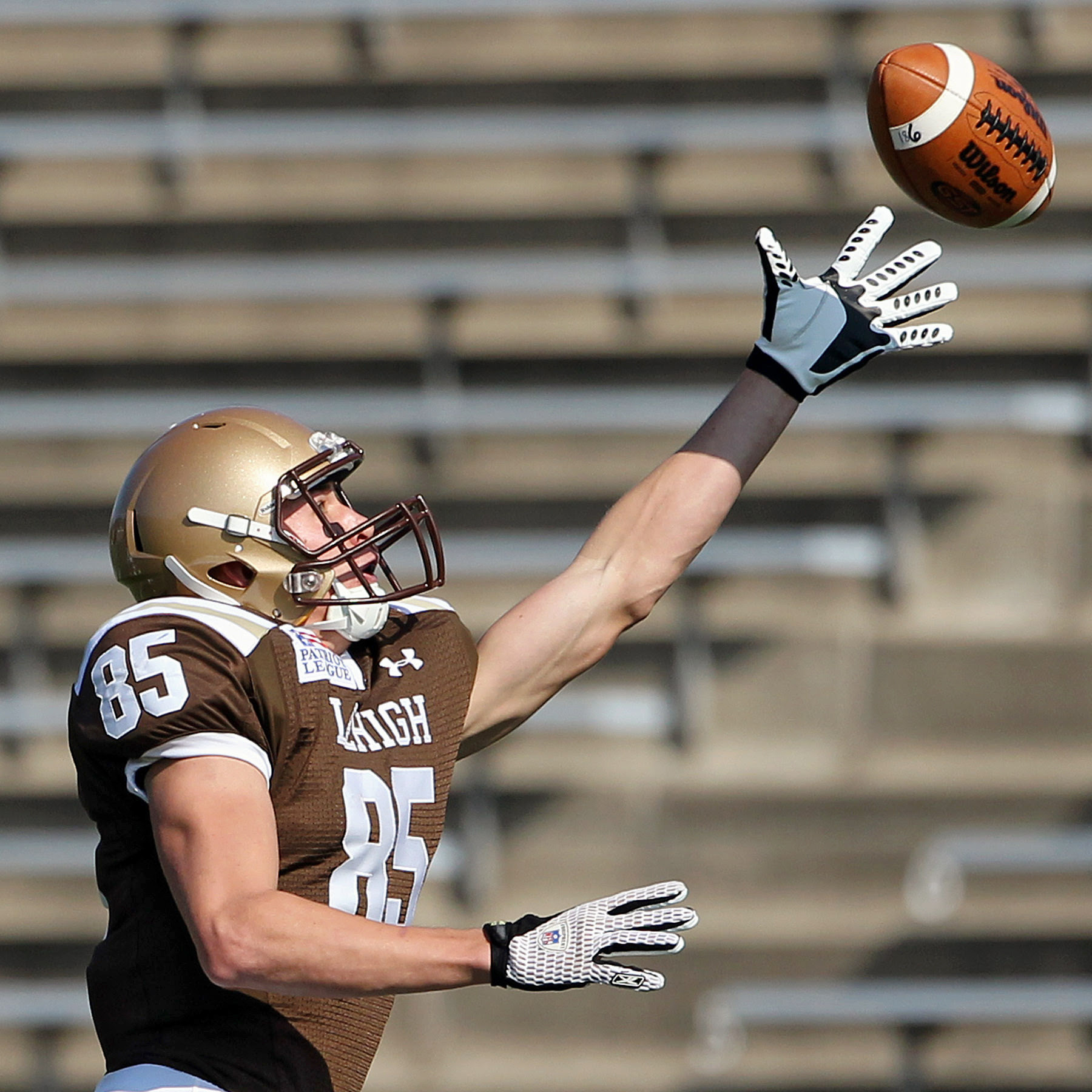 It doesn't take an Engineer to see that much is expected of Lehigh football's underclassmen this season.

As Lehigh football fans start looking at the season opener, a mere 5 days away, they're looking at their theoretic depth charts and see some recurring themes:

Football is the ultimate team game, where experience counts in terms of knowing what it takes to win Division I football games.  Yet up and down Lehigh's roster, it's very evident: to win in 2015, head coach Andy Coen will be relying on his underclassmen in a big way - underclassmen who will be a big part of this season.


Camp has been exciting, with an enthusiasm and rigor that has been missing from some camps past - part of that undoubtedly coming from the infusion of youth and young players in key positions.

It's largely thanks to last season's 3-8 record, the graduation of a bunch of key players, and the transfer of a couple players as well.

One of the huge challenges this offseason has been to find the guys who will be lining up in two specific positions; running back and kicker.

P/K Ryan Pandy and RB Chris Leigh left the program during the offseason, depriving the Mountain Hawks with two guys who were expected to be big up-and-coming contributors to Lehigh's football season.  That paired with the injury and transfer of RB Brandon Yosha meant that those two spots on the roster were wide-open to be filled.

Freshman P/K Ed Mish could be the first name that Lehigh Nation will likely see that's new when the Mountain Hawks head up to New Britain, Connecticut on Friday in their season debut at 7PM.

At the practice I went to, he showed some of the booming leg he's been known for at Old Bridge high school in New Jersey.

Known for his kickoff,s he'll be inserted right into the starting lineup for both kickoffs and conversions, with the veteran preseason all-Patriot League team senior P/K Austin Devine backing him up.  Additionally, he'll back up Devine as punter as well.

"Ed Mish will play a big role in the kicking game," Coen told me.

At running back, both freshman RB Dominick Bragalone and freshman RB Micco Brisker seem destined to get some carries next weekend as well as a part of the Mountain Hawks' stable of running backs.

Nickname possibilities aside, Lehigh's football coaches have been impressed with both players in practice.

"The two RBs are outstanding," Coen told me.  "They will play early.  Overall, I really liked how our young backs carried the ball [in practice]. They did a really nice job."

Bragalone's Pennsylvania resume is hard to top - two-time Class A Player of the year, single-season rushing yardage record holder (4,704 yards), and a Parade Magazine Honorable All-American mention.  He was a dominant force at South Williamsport, and the early returns are that Lehigh got a guy who will come in and contribute right away.

But the 5'9, 205 lb Brisker's strength, too, has impressed the coaching staff and fans, making it seem a lot like offensive coordinator Drew Folmar might wish there were two footballs on the field at once.

They'll join some known underclassman quantities in the starting lineup.

More underclassmen on this unit will also be involved, too.

"I think Troy is the best receiver in the league," coach Coen said at media day.  "Sophomore WR Gatin Casey I thought had a terrific spring for us, and he'll make a good combination.  I've been impressed with him.  We've also got sophomore WR Sasha Kelsey... We've got some dynamic guys.  We've just got to get the ball in their hands, and see what happens."

And on defense, 295 lb sophomore DE Tyler Cavenas is also penciled in on Lehigh's defensive line as well.

"I think the defense will be improved," Coen said.  "We've got a good depth of defensive linemen, and I think Cavenas is going to be a dominant player in this league.  The guys on this unit are vastly improved, and junior NG Jimmy Mitchell is improved, too."

Overall, too, a lot of underclassmen impressed coach Coen during the preseason practice session.

The Mountain Hawks will certainly need to lean on their senior leadership to right the ship from their 3-8 season last year.  But it will also hinge on the performance of some important underclassmen, who will be expected to make big-time contributions early, and often.