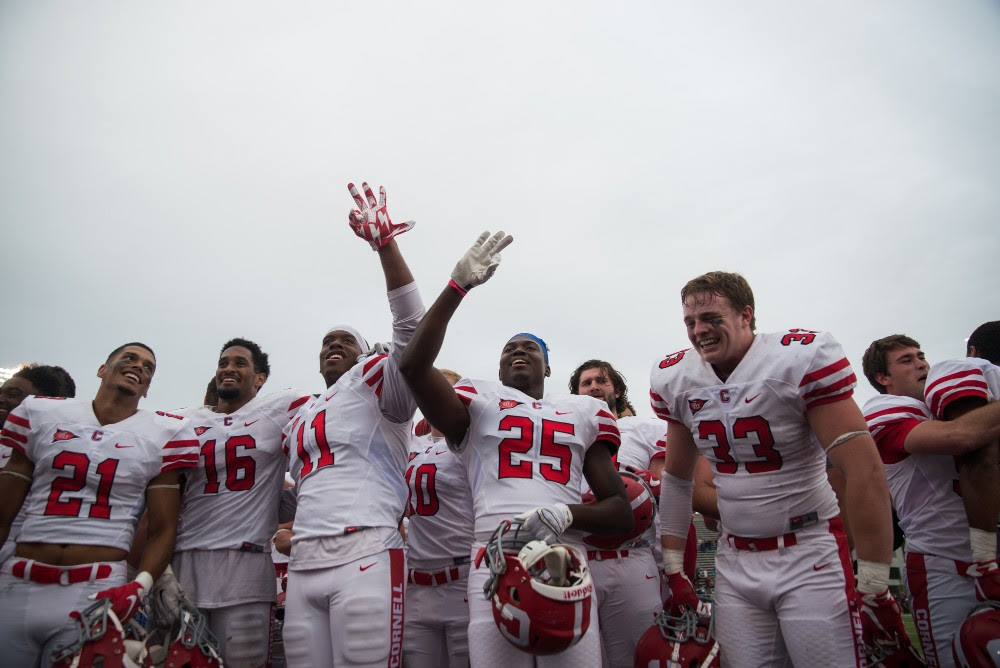 This week's candidate for the LFN Top 25 curse?  Sacred Heart, with Colgate a very close second, but there were a lot of teams in the lower reaches of my Top 25 that suffered defeat, in a list that includes Fordham, Southern Utah and (again) William and Mary, who suffered a second straight crushing defeat in two weeks, this time at the hands of New Hampshire.

Never in a million years did I ever think Tennessee State, Cornell and North Carolina A&T would simultaneously be in my Top 25, yet there they are.

* The top 15 in my poll from last week barely even moved, which I love.  It's nice to have been an early adopter of Villanova, The Citadel and Eastern Washington, all teams that didn't budge and amply justified their place in the upper echelons of the Top 25.
* The SoCon has clearly emerged as a powerful conference in 2016, after being somewhat shunted to the margins in the last couple of seasons.  Chattanooga and The Citadel's places in my Top 10 are very secure, and Samford and Wofford, two teams that leapt up into my Top 25 this week, have strong resumes.
* Having said that, not at all sure what voters' resistance is to having Villanova higher in their Top 25s.  No, honestly, what's not to like?  Perhaps beating Lafayette or Lehigh might not have impressed voters, but the way the Wildcats just dominated their conference games against some decent competition, Towson and Elon (who dominated William and Mary last week), should make one pause.  Their defense is No. 9 in the nation.  Their star defender DE Tanoh Kpassagnon. a likely NFL draftee, already has 11 tackles for loss.  Their offense, which was still somewhat a work in progress when they played Lehigh, has been improving week to week.  They are absolutely Top Ten material, IMO, at a bare minimum.

* Picking the teams at16-25 was a massive struggle.  Did I feel comfortable in keeping Illinois State and Eastern Illinois in the Top 25 after a pair of awful losses - do their FBS wins mean they stay?  (The answer was yes.)  Colgate, Fordham and Sacred Heart were out, so who goes in... Cornell?  Central Arkansas?  Almost by default, here they are in my Top 25.
* I still cannot believe that Cornell is in my Top 25, after pretty much calling them one of the worst teams in FCS in the preseason.  At 3-0, though, and after an impressive rally from a three TD deficit (!) against Colgate, I was forced to admit that I completely goofed on the Big Red.  You can say that their two wins against Yale and Bucknell were nothing special, and you could argue that Colgate's defeat was more of an epic collapse by the Raiders, but three game winning streaks, especially with a team that has struggled as mightily as Cornell over the last five years, are nothing to sneeze at.

* Speaking of which, what the heck happened to Sacred Heart?  In front of an ESPN3 audience, Wagner, who met expectations in a 2-1 start, piled up more than 500 yards of offense on the Pioneers in a surprising 45-20 win over Sacred Heart.  Worthy of mention is how Wagner's pass defense kept the NEC's best quarterback, QB R.J. Noel, under 50% completion percentage and intercepting him twice.