The Day When Pat Pazzetti Sunk The Navy 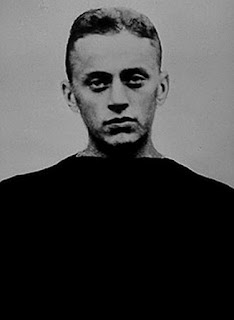 Even at the time, legendary Lehigh QB Pat Pazzetti had a reputation for doing it all.

The Brown and White's dynamic playmaker did a little of everything for the team.

Back in the days when players went both ways and there weren't designated specialists, Pazzetti not only was the quarterback, but he also kicked punts and returned kicks as well.

In 1912, after a 35-0 thrashing by national powerhouse Princeton and facing the prospect of playing Navy - who had gone 9-0-1 against Lehigh in their last ten games - things had to be looking bleak for the Brown and White's season, even with a team with some national ambitions.

After all, Navy hadn't lost a football game in three years' time.


So head coach Tom Keady made some changes in practice the following week to take advantage of Pazzetti's strengths.

"Considerable time was devoted in running the end-men down under punts, and the results, although fair, showed that the men have room for improvement," The Brown and White reported about their practice before the Navy game.  "The forward pass was also practiced for a time, the men aiming to make the pass longer than it has heretofore been." 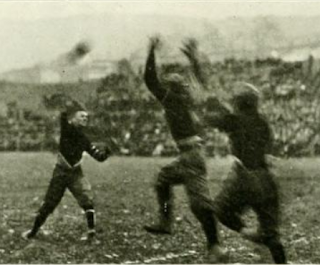 The forward pass as we know it today was made legal only in 1906, but even as far ahead as 1912 there was a considerable debate within coaching staffs as to when to actually use it.  Do you throw the ball short, in an effort to stretch a defense and keep possession?  Or do you throw many lower-percentage passes deep in a high risk/high reward scenario?  Then, as now, there was no consensus.

What was clear was that whatever was tried against powerful Princeton didn't work very well at all.  So they made a lot of changes that took advantage of Pazzetti's skills.

It would pay off with a 14-0 win and a spectacular end to Lehigh's long losing streak to the Midshipmen.

"It is the first time in many years that the South Bethlehem lads have trailed the colors of the sailors," The Baltimore Sun reported, "and the pill of defeat is made more bitter to Navy adherents because it was not only a clear-cut victory, but the middies failed to score at all.  In fact, not once did they seriously menace the Pennsylvanians' goal line."

According to The Baltimore Sun, Keady's strategy was to hammer away at the center of Navy's line for big gains, and then, suddenly, using deception to complete forward passes to keep the ball moving Lehigh's way - kind of like the way play-action passing is done today.

The scoring would come from Pazzetti, the first coming from an early touchdown pass to end George Sawtelle and extra point (kicked by halfback George Hoban).  Just that year touchdowns were changed to score six points and the point after touchdown only one point.

In the second half, Pazzetti would dazzle once again on his other score.

"Pazzetti received the kick in fine style on the [Lehigh] 30 yard line," The Baltimore Sun's account went.  "At least four Navy tacklers had their hand on the fleet-footed quarterback, but they failed to bring him to earth.  By clever dodging and squirming, practically all of his team got into the interference and he dodged his way through the broken field of players for a 70-yard run and a touchdown."

The Brown and White took advantage of a Navy team that seemed to not be able to figure itself out on offense, and as a result, Pazzetti and Lehigh came away with a much-needed victory that helped Lehigh to a 9-2 season and would set up even bigger success in 1913.

"The whole Lehigh outfit seemed primed for today's struggle," the Sun concluded, "and they won, and won deservedly."

latest world wide sports news,such as tennis or basketball or Football and
football news Many people play sports with their friends.
4:17 AM