Holy Cross' and Lehigh's paths to having fun playing football have been different, but two teams that appear to have reclaimed the fun to some degree will be facing off this weekend at Murray Goodman Stadium in an intriguing, important football game.

The 4-6 Crusaders have only one path to a Patriot League co-championship: beat 3-6 Lehigh this weekend, and hope 3-6 Lafayette and 5-4 Colgate lose at least one game the rest of the way.

But in Holy Cross' regular-season finale, it doesn't really feel like it's about the postseason - which would only happen in the unlikely event of Lehigh and Holy Cross finishing at 4-2, and Lafayette and Colgate finishing at 3-3 in league play.

For Lehigh, though, the Patriot League Championship and the opportunity to play in the FCS Playoffs is still very much in play.  Beat Holy Cross, and beat Lafayette in the 153rd meeting of The Rivalry, and this Mountain Hawk team will have a ring fitting in their future and a football practice on Thanksgiving.

And in a way, that's what makes this game extra-dangerous for these Mountain Hawks.  The Crusaders are nearing the likely finale of their roller-coaster ride.  Lehigh's 2017 coaster ride still has some very big twists and turns still in it.

The Crusaders started out the season on August 31st, and put the fear of the afterlife into all of the UConn fans present at Rentschler Field, carrying a lead well into the second half before wearing down late and honorably falling the the Huskies, 27-20.

The following week, Holy Cross thoroughly dominated Bucknell 20-0, gaining their first Patriot League conference victory, and followed that up with a win over the No. 9 team in the nation, New Hampshire, that wasn't nearly as close as the 51-36 win might lead you to believe.

Holy Cross was 3-0, and the sky seemed to be the limit, but what happened instead was a steep drop to the depths.

It started with an agonizing loss to Dartmouth that pretty much defies any rational explanation.

After QB Peter Pujals rallied to tie the football game at 20 with 3 seconds left, all the Crusaders needed was an extra point to win the game - and it was blocked.

In overtime, Dartmouth scored a touchdown and an extra point.  When RB Diquan Walker scored on a 1 yard run, Gilmore decided to go for 2 and the win... and they didn't get it.

Then came a heart-wrenching loss to Lafayette, 10-7, when, tied at 7, Gilmore decided to go for it in his own territory, 4th and 1 on his own 33 - and the Crusaders could not get one yard to move the sticks.  Lafayette would move the ball 5 yards, line up for a 43 yard field goal - and win the game.

Those two losses led to two more losses, to teams that Lehigh are very familiar with - Monmouth and Yale - and then led to a shocking mid-season termination of head coach Tom Gilmore's contract by athletic director Chris Pine.

“Traditionally I’m not a proponent of a mid-season change,”Pine told Jen Toland of The Worcester Telegram-Gazette,“but I’ve watched carefully, and especially over these last three weeks our team has seemed to spiral and our performance has gotten progressively worse and so I didn’t want to delay the decision any longer, because hopefully this can be a rallying point and a galvanizing moment for our team to still have some success at the end of the season. I just didn’t feel like that would happen if we didn’t have a significant change.”

The mid-season coaching change to interim head coach Brian Rock wasn't enough for the Crusaders to beat Colgate - the Raiders ended up manhandling them 45-7 - but it did give Holy Cross a shot in the arm over the next two games, both Crusader victories over Georgetown 24-10 and over Fordham 42-20.

You could say both games were for pride - the win over the Hoyas came on Senior Day, the last time the seniors played in front of their home fans, and the win over Fordham was a trophy game, the Ram-Crusader Cup - but they have successfully turned Holy Cross out of their tailspin, have the Crusaders playing loose, and make them extra-dangerous.

“Everyone obviously wants to go out with a win on Senior Day, so that was awesome,” Pujals said after the win against Georgetown. “There were key points in the game where we were able to execute and play well and that helped us get the win. Obviously there are things we need to improve on, but this is huge for us. It’s a morale booster going into our last two away games.”

“Everyone knows the last couple weeks have been a tough stretch,” senior LB Nick McBeath added, “but we never wavered in our intensity in practice. We remained confident we were a better team than our record shows. We came out and played hard every single play and the result is what we hoped for.”

Fortunately for Lehigh, a similar turnaround may also be underway after Lehigh's resounding 42-21 win over Bucknell last week.

Of all the positives taken out of that game, perhaps the four takeaways, two fumble recoveries and two interceptions, were the biggest ingredient in the win, allowing the defense in particular to come together in a way they hadn't in prior games.

“We’re flying around and we’re having fun on defense, which is a key component," freshman CB Jaylen Floyd told Keith Groller this week.  "We weren’t having fun before. Everybody was so tense, but now we’re more confident and believe in ourselves more and it’s showing with how we prepare through the week.”

Having fun on defense last week resulted in Lehigh's "cleanest game", according to head coach Andy Coen this week, and seemed to indicate a change from two of the "uncleanest" games played earlier in the year, unsurprisingly both losses: versus Wagner (5 giveaways, 2 takeaways) and versus Fordham (4 giveaways, 0 takeaways).

Both Holy Cross and Lehigh find themselves at the same place, sort-of: a season filled with tremendous highs, some deep lows, and positive, loose momentum going into this game.  And both teams are also playing for the same thing, sort-of: a share of the Patriot League Championship.  It has the makings of a terrific, important Patriot League game.

Lehigh still is navigating a lot of injuries, which is borne out by this week's injury report, but one bit of great news is that junior DE Julian Lynn appears to be back and ready to go this week for this critical game at Murray Goodman.  Last week, freshman DE Jack Kircher and senior DT Justin Gille rotated in a lot on the defensive line, and I'd suspect to see a lot of them in the defensive line rotation again this week, but the return of Lynn just adds an extra fresh body up front to help stop the run.

However, junior SS Kareeem Montgomery as of the time of this writing is still out, meaning senior DB Quentin Jones will remain the starting safety this week as well.  Freshman S Stuart Cundiff will most likely back him up.

For the first time this season, prepare for bitter cold.

Starting tomorrow night, a bitter cold front will descend on the Lehigh Valley, and will remain there through Saturday.  You haven't packed your blankets and earmuffs yet this season to a Lehigh football game; you'll absolutely need them for this weekend, with a tailgating temp in the mid-30s and a gametime temperature in the upper 30s and lower 40s.  Something to keep an eye on is wind and wind chill: if there's a chill wind going through the stadium, it will feel even colder.

The game against Holy Cross is a part of Military Appreciation Day at Lehigh this weekend.  Any person presenting a military ID Saturday will receive free admission, and tickets are half price for family members of military personnel.

The South Side Boosters have a neat thing going starting at 10:00 AM that is very weather-appropriate for this cold afternoon: a chili cook-off.  The $3 donation for a bottomless bowl could be the best investment you make that day.  If you're interesting in cooking chili, contact the email on the page.

LFN's Burger of the Week #BOTW

Continuing to build on the chili theme, I thought this week's burger of the week should tackle a tough burger problem: how to "do" chili and burgers together.  This handy page has all the tricks to deliver a great chili burger - and as an added bonus allows you to use it to make your own "greekers", too.

Without going into all the detail, the trick is to take your regular ground beef chili recipe, and to add to it the killer app:  masa flour in a slurry, to make the concoction thick enough to put on a burger (or hotdog).

Like the picture indicates, finishing off the chili burger should be pickle slices, perhaps a Mexican blend of cheddar and jack cheeses, and a bun.  That should warm anyone up.  (And for Greekers: hotdog, chili, relish, carmelized onions and peppers, and topped with Gulden's Mustard.) 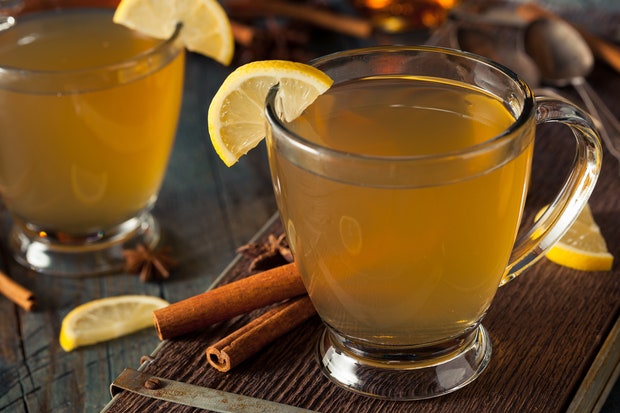 LFN's Drink of the Week #DOTW

Though you can use brandy in your hot toddies, my wife and I don't get fancy - for us, it's good old-fashioned Jack Daniels whiskey (3 parts), lemon juice (1 part), honey (2 parts), and water to fill a thermal-resistant cup.  Shake well, and if you're making a bunch, a cinnamon stick steeping in the mixture really tastes excellent as well.