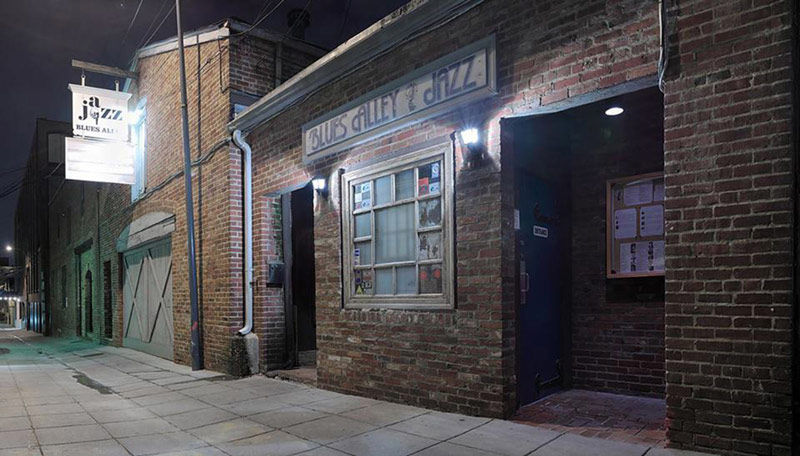 I remembered the Patsy Parties around Blues Alley.

The Hoyas, who have never won a Patriot League championship in football, have had more of an up-and-down record in the history of the Patsies.  And during one of those wins, Blues Alley was the place to be.

Rounds of Seafood Gumbo for all, along with a huge platter of red beans and rice.  Earth Wind and Fire - crashing Blues Alley during the Patsies - belting out "September" in front of a packed club.  They were treasured memories for all.

And then there was today, when some paper-clipped printouts were slid under the door in the Committee's offices.  Earth, Wind and Fire never seemed so far away.

The final year of the Kevin Kelly era, 2013 did not yield a very good result in the Patsy Points race for the Hilltoppers.  Even with all the complex rules that reward large classes, the Hoya's dismal showing of 29 was a sign that the Hoya Paranoias were not only not getting Patsy Points, they were quite possibly falling behind the rest of the Patriot League - especially in the scholarship era, with Georgetown still choosing to have their athletes go through the financial aid office to receive scholarship money.

This class, however, the fourth recruiting class from head coach Rob Sgarlata, is different than that low Patsy Point one three years ago.  It is a large class.  It has recruits from across the country.  Perhaps most importantly, many of them showed up on multiple recruiting websites, including some starred recruits.  (One recruit, a transfer from the University of Texas, didn't count towards the Patsy Point total, but does very much demonstrate the difference from four years ago.)

Four years ago, the spread between Georgetown's and Colgate's incoming Patsy Point classes was nearly fifty points.  Today, the Hoyas' Patsy numbers surpassed those of the aspiring dentists of the Chenango Valley.  That's a great thing for Hoya fans - and the Patriot League in general.

The Committee understands, to an extent, the Hoya's strategy for recruiting - draft a lot of athletes, and plug them into their position groups later.  Defensive backs can become wide receivers, linebackers can eventually line up at tight end - it happens in football.  But when there are specific need areas, there needs to be some targeting towards specific groups - and the Committee, when looking at Georgetown's needs, wonder whether they could have been better targeted towards their need areas.

DISTRIBUTION = 8.  With so many recruits, you'd think every single position was covered, but no tight end ended up in the list, so they only qualified for 8 of the points.

TRIGGER = 1.   The one QB listed didn't have any star ratings, but he was present in multiple recruiting sites.  That's good for one "trigger point".

JUMBO = 6.  Going down the list of recruits, the Committee just kept adding and adding points to their list here for a highest number of Jumbo points in any Patsy Rating this year.

WR = 1 (of 5).   When looking at the Hoyas' need areas, it seemed like there was a big need at wideout simply to replace the numbers and starters graduating from last year.  So it was a disappointment to the committee that only two out of 28 recruits had "WR" listed by their name.  An argument could be made that the ATH listed in the incoming class might try out as a WR, but per the rules, that cannot be assumed.  So the Hoyas' had two listed, one recognized by the recruiting websites.  It was tempting to put this at 0, but the final call was 1 Patsy Point.

DL = 2 (of 3).   Though one recruit was listed as a "hybrid" LB/DE, per Patsy League rules the first position listed was the one "counted" in Patsy League list.  That meant 3 linemen, one recognized by the recruiting websites, two jumbo's, got counted here.  It was a tough debate as to whether it was 2 points or 3 points for this need - ultimately, it seemed like the Committee was swayed by the two jumbo points from this group.  Two out of three it is.

COMMITTEE ADJUSTMENT:  Sometimes with large recruiting classes issues can arise, like "can a team really start three ** running backs at the same time?"  That's not to take away from the star ratings that generate the Patsy Points, but it might warrant docking some points in order to reflect the realities of football.  Fortunately for the Hoyas, linebacker isn't one of those positions - like the offensive and defensive lines, every team seems to need a never-ending supply of them on their two deep to have a good defense.  It seems like a fair assessment.