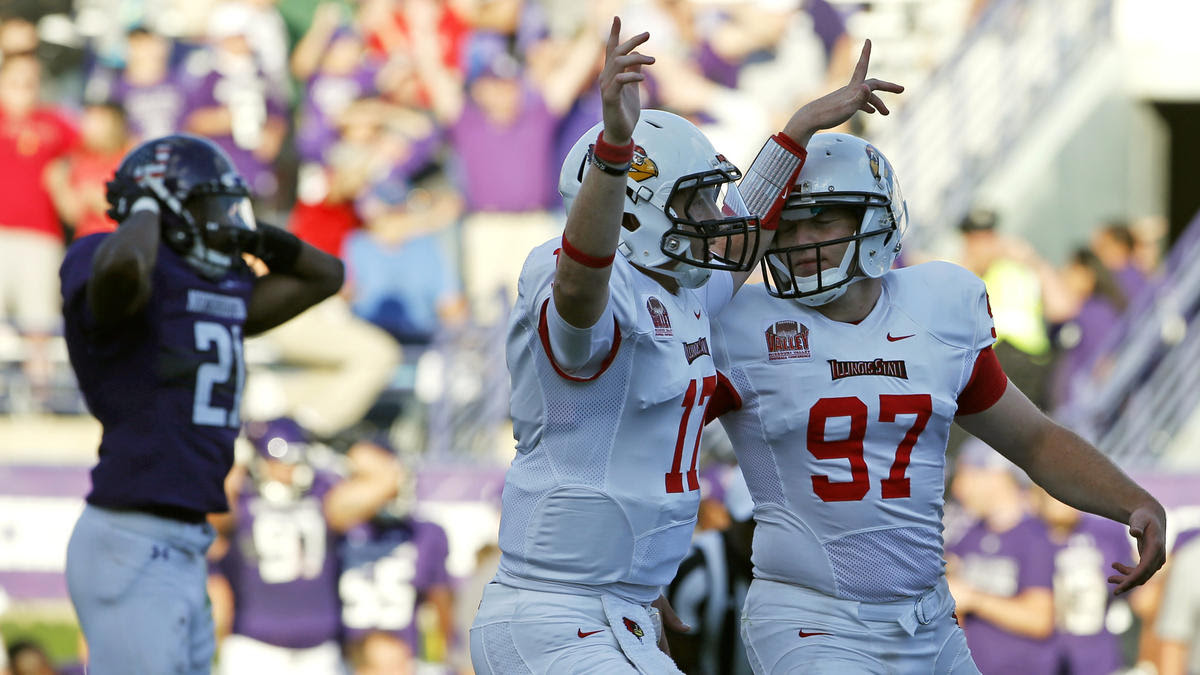 * Illinois State's win over Northwestern might have been the opposite of sexy, but it was nonetheless an impressive win for the already-embarrasingly-rich Missouri Valley.  Storylines abounded after this game, like for example the gem from The Chicago Tribune that Illinois State QB Jake Kolbe "outplayed Northwestern counterpart QB Clayton Thorson, who had beaten him four times in high school playing for Wheaton North (IL)."

* How strong is the Missouri Valley this year?  After two games this season, not a single team in the conference is worse than 1-1, including 2 upsets over FBS teams (UNI over Iowa State was the other), and three wins against other Top 25 schools (North Dakota State over Charleston Southern and Eastern Washington, Western Illinois over Northern Arizona).  You also can't count a bad loss among them: people can hardly fault South Dakota State for falling to TCU, for example, though there are the occasional cupcake games, too (like Missouri State pounding Southwestern College, a D-II school).

* The only blemish (if you can call it that) on the Missouri Valley's record came on the heels of a tough game vs. Montana, a 20-14 loss that was quite surprising considering the Panthers' win over Iowa State a week before.  “When we didn’t get the touchdown on the 2-yard line,” head coach Mark Farley said, “that was the killer."  A defensive struggle, UNI, who moved the ball so well against Iowa State, couldn't finish drive after drive even though the defense did an admirable job in the second half limiting the Grizzlies to three first downs.

* It's hard to fault UNI for losing this game, one of the most brtual out-of-conference stretch in recent memory.  After the win over Iowa State and the close loss against Montana, rather than rest, Farley and the Panthers take a trip out to Eastern Washington.  It's no wonder the kids' legs don't fall off after that stretch.

* With the dominance of the Missouri Valley, it's important to not forget one of the most extraordinary results of the weekend: North Carolina A&T's stunning four-OT upset of FBS Kent State, 39-36.  MEAC upsets of FBS teams have happened before - before this weekend, Bethune-Cookman took it to Florida International in 2013 - but the Aggies' win happened due to a monster performance by RB Tarik Cohen, who ended the lengthy, lightning-delayed, four-overtime night with over 100 yard rushing and receiving.  Cohen will be playing on Sundays.