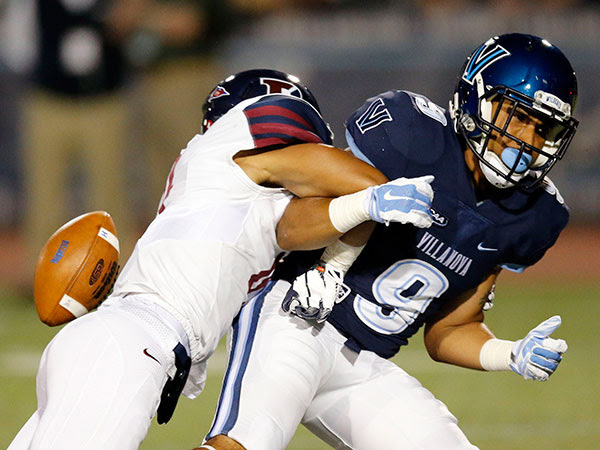 I don't ordinarily do do two things with my poll that I actually did this week:

1. I usually don't demote a team completely out of the Top 25 if they're a Top 5 team and they lose.

2. I usually don't demote a team from the No. 1 slot if they win their game.

But that's exactly what I did, after I looked at my poll with a fresh new set of eyes after some of the more interesting outcomes from the weekend.

I'd been meaning to demote Villanova for some time, not only due to their sort-of lackluster performance over the beginning of the season, but for their seemingly lackluster play going back to last season when Sam Houston upset them in the FCS Round of 8 last season.  I was looking for a dominant performance against the worst team on their schedule, Penn, and instead the Quakers upset the Wildcats 24-13.

You could argue that they were getting things done with defense.  You could have said that with the loss of their Walter Payton Award-nominated quaterback, QB John Robertson, they'd suffer.  But the team that lost this past Thursday, simply, wasn't a Top 25 team in my opinion.  The confluence of all these factors had me dip them out of the Top 25 entirely.