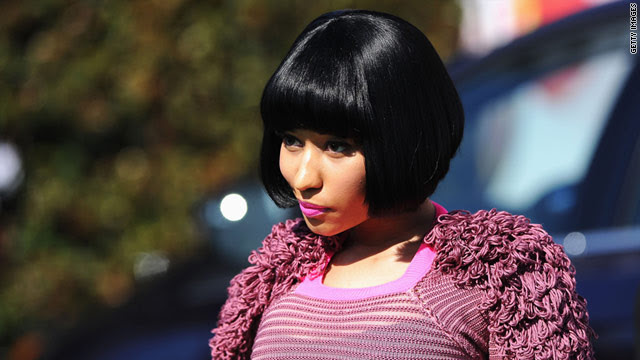 The businesswoman who looked suspiciously like Nicki Minaj was packing her suitcase.

"We're done here," the businesswoman said.  We can stop the work.  Fordham's won.  Head coach Joe Moorhead won the Patriot League last year, the Patsy Points this year, and, for all we know, has won the annual Patriot League head coaching marble championship, too."

"THIS IS A JOB WE NEED TO DO TO THE FINISH," Art said ominously.  One more squad, one more final revision, and we're done for another year.  Coach Moorhead certainly seems like he has a lot of marbles in his pocket, but we need to figure out exactly how many."

"All I know is I'm fairly certain you'll find something bad to say about THIS class too," the businesswoman said.


THE GOOD
"There is a trend here," Art declared.  "Once again, we have a class with a fantastic across-the-board star rating, just like Bucknell's.  Eight recruits turned into starred 'quality points' in this class, which was great - but in addition to that came an eye-popping number of speed points as well, which is ultimately put this class over the edge - if just barely."

"What may have put them over the edge, too," Art continued,  "was the fact that many of the starred rankings were 'confirmed', meaning, the recruits were star rated across multiple ratings agencies.  Ultimately, this combination is was put the Rams on the top of the Patsy Point mountain this season."

THE BAD
The businesswoman braced herself for the "bad" in this Fordham class, and Art didn't disappoint.

"Like Bucknell, this class has holes in its 'needs' area," Art continued.  "Like, a very big one.  The Rams graduate QB Michael Nebrich, and fans on Rose Hill have identified QB as the No. 1 need area for the Ramequins.  But this class only has one QB that didn't even fog a mirror.  In a sport like football, a hole at QB isn't just a hole, it's a tunnel."

"Now," Art continued, "Nebrich didn't net a single Patsy Point for the Rams in past years.  Why?  Because he was a transfer from UConn.  Obviously, his presence at Fordham made the Rams the best team in the League last season, and arguably made Fordham one of the best offenses ever in the Patriot League."

"It remains to be seen if coach Moorhead has another transfer ace up his sleeve at QB," Art continued.  "He may - and such a transfer might even get him a team that can compete for not only a Patriot League championship, but a national championship at the FCS level.

"But the job of the Patsy Ratings isn't to rate transfers, or even title odds.  It's to rate the incoming freshman class.  This incoming QB might be the next Nebrich, but as the Patsies tell it, the Rams are missing out on a giant need area.  And if Moorhead can't convince the next Nebrich to come to Rose Hill, the Rams might have an issue down the line."

"Overall, 14 out of 21 netted some sort of quality points," the businesswoman added, "making it 2/3s of the class generating Patsies."  She looked at her watch.

CLASS SIZE = 3.  Also similar to Bucknell, it was a modest-sized class, enough to meet 'replacement' needs but not much more.

DISTRIBUTION = 7.  "It's not necessarily an issue that Fordham's distribution didn't include kicker,"Art noted, "but it is strange that they didn't have a single RB announced.  True, Fordham does return the Jerry Rice award winner for top freshman FCS player, sophomore RB Chase Edmonds, but what if he gets hurt?"

"Fordham could always get a transfer to provide depth or punch, just like you pointed out they could do at QB," the businesswoman noted.

"They better hope they don't need to do that," Art warned.

SPEED = 18.  Art and the businesswoman were astounded at the amount of points generated by this class in the speed department.  "Look at this," the businesswoman said.  "Three guys had 4.5 speed or below from scouting websites.  That's a heck of a lot of points."

"True," Art admitted.  "Even more interesting is seven different recruits all offered some sort of speed information, too, so it didn't just come from one or two guys.  And it's obvious Moorhead's offense puts a premium on speed.  It really seems like Joltin' Joe got a lot of it in this class."

TRIGGER = 0.  As mentioned, there was only one QB in this class that was not recognized by the scouting websites, leaving an opportunity on the table for the Rams.

NEEDS = 6 (of 12):  The bags were packed, all ten of them.  The businesswoman, already three months longer into this job than she thought, was on the way out.

"One more of these," Art said, "then you can head to Trinidad and Tobago, or wherever you go during this offseason."

"Yes," the voice on the intercom said.  "Simply put, despite the thought that the Ramblin' Rams might eventually lure a transfer to play on Rose Hill, one QB, unrated, rated on its merits has to be seen as not coming close to meeting the needs of this Fordham incoming class.  Had he been starred, yes, he would have yielded points.  Had there been two QBs, unstarred, yes, they would have gotten points.  But one freshman QB doesn't come close to meeting the need.  This will remain a zero."

Art nodded his head in approval.

DB = 3 (of 4).   "This, obviously, was a much better met need," a different voice on the intercom said.  "Five recruits, one starred, plenty of speed points offer a nearly fully-met need.  One more starred guy probably would have put this over the top and gotten all the Patsies here."

COMMITTEE ADJUSTMENT: This one opened up a massive debate.  On one side was the businesswoman and half the Committee, and on the other was Art and another faction of the Committee.

"The lack of skill players at RB and QB, and lack of players in one at least one major identified need area, is a big weakness in this class that requires a negative ajustment," Art said.

"But the 'weaknesses' in the class, if you can call them that," the businesswoman retorted, "come from skill areas where a transfer can easily be plugged in.   Two transfers can be game-changers with a base class like this, which you're not denying is exactly what you want a Patriot League Patsy class to look like - broad-based skill points, linemen, speed."

"That's certainly true," Art admitted.  "I sometimes see coach Moorhead, with this class and the right transfer guys, as a cat toying with the rest of the league.  Imagine if QB Everett Golson decided to come here from Notre Dame - and he could have - this Fordham team would certainly be considered a national championship contender then and there."

"So no negative adjustment," the businesswoman said.

"I didn't say THAT," Art said.  "The truth is, the Patsy system does not take into consideration trasnfers.  If Joltin' Joe has a plan to get the next Everett Golson here, power to him, but the truth is you can't have that reflected in the Patsy ratings, which were always designed to only consider incoming freshmen."

The rest of the Committee murmured in approval.

"If you look at this class on its face," Art continued, "it's very, very good.  But it misses out on THE biggest need of the team - quarterback - and doesn't even have one player to back up their star running back.  You can't sugar-coat it; if something happens, this class is missing some ingredients, like a cake without eggs."

The votes of the rest of the Committee came in by fax.