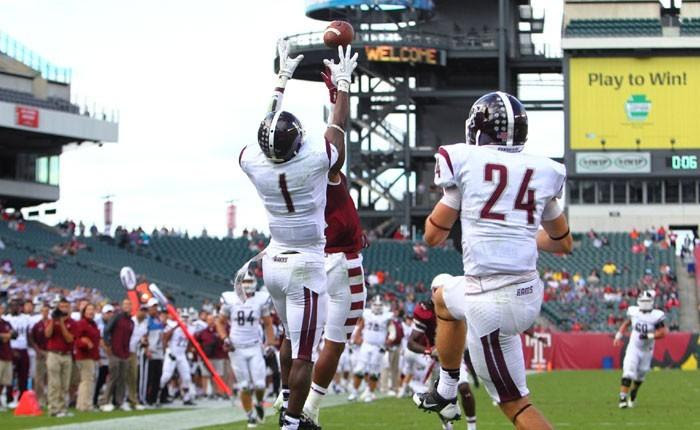 But first, by all means, enjoy this awesome shot of Fordham WR Sam Ajala winning the Rams' game against a BCS school in Temple.

Want to know the margin between winning and losing?  This picture proves it.  It's officially four and a half inches, give or take an inch.