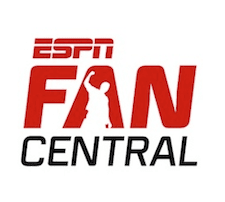 It's that time of the week where I share with you your weekly Lehigh fan viewing guide for Week 4 of the college football season.  Why go to website after website when all the information you need is right here?

Last week I was remiss in forgetting to mention Lehigh's broadcast information.

Tonight at 6PM, Lehigh at Princeton will be broadcast nationally on NBC Sports Network, and will also be available for live streaming on NBC Sports Live Extra, if your cable company supports it (you'll probably have to check for yourself).

And I'll be listenting to the pregame on ESPN 1230 and 1320 of the Lehigh Valley, too, with Tom Fallon, Matt Kerr and Matt Markus.  That will also be live streamed here.


Why ESPN Gameday today?  Because they're broadcasting from Fargo, North Dakota, home of the two-time FCS National Champion North Dakota State Bison.  Bask in the FCS, enjoy the celebration of the squad that shut out Lehigh in the playoffs 24-0 in the 2011 playoffs, and look for Nation reference.

Last week, the Hoyas were shocked by previously winless Marist.  This week, the assignment only gets tougher playing against an experienced Brown team in their home opener.  Too bad you have to pay to watch the live stream.

The perfect free viewing choice of the early games.  We don't know if the winless Raiders will suit up QB Gavin McCarney or his backup, QB Dylan Finelli, but the preseason Patriot League favorites need desperately to turn things around this week.  That makes for interesting football.

Lehigh plays both of these New York City teams in October, leaping this up the rankings as a must-see game for Mountain Hawk fans.  The Lions will be revved up to go, to try to knock off the 3-0 Rams, darlings of college football after upsetting Temple last week on a last-second TD.  It's a cup game - they play for the "Liberty Cup", to honor those Ram and Lion grads that died in 9/11 - so the intensity level will be very high on both sides.

Bucknell, the enigma of the Patriot League, faces off against a first-time head coach at Cornell, but also squares off against an NFL-caliber QB in the ageless QB Jeff Matthews.  (Is this his 5th year of eligibility, or his 8th?)  If you get the Ivy League Digital network - and the 1:00 games are over - it's certainly worth a peek.

This is the game to have on the TV while streaming Bucknel/Cornell.  A big regional matchup between Top 25 teams, the winner will be a strong player in the Eastern region and this early matchup will dictate the early CAA championship race.  Should be a good one.

Might be fun to check in on this game early, though the Hornets are not expected to keep within 3 touchdowns of the Bison.  Might be fun to see if Delaware State can score on the Bison, something Lehigh wasn't able to do in 2011 in the FCS Playoffs.

I'm still trying to get a bead on the Crusaders, who walloped Central Connecticut State last week 52-21.  The big question: Will Campus Insiders make this a game which is available on demand for rabid Lehigh fans to watch once Lehigh/Princeton is over?

Thankfully, I do get ESPN3, and this is going to be Required Sunday Viewing for me (since they do archive their broadcasts).  As Lafayette tries to get off the schneid against the preseason Ivy League champs, this will be an interesting game that will probably go down to the wire.

Not a lot of great games in FBS, or FCS in that matter, in the evening this week.  You could do a lot worse than check out this "Seargent York" trophy game in the OVC, that will establish one of these programs as players in the OVC championship race.  Two good teams, a must-win conference game - that spells good football.