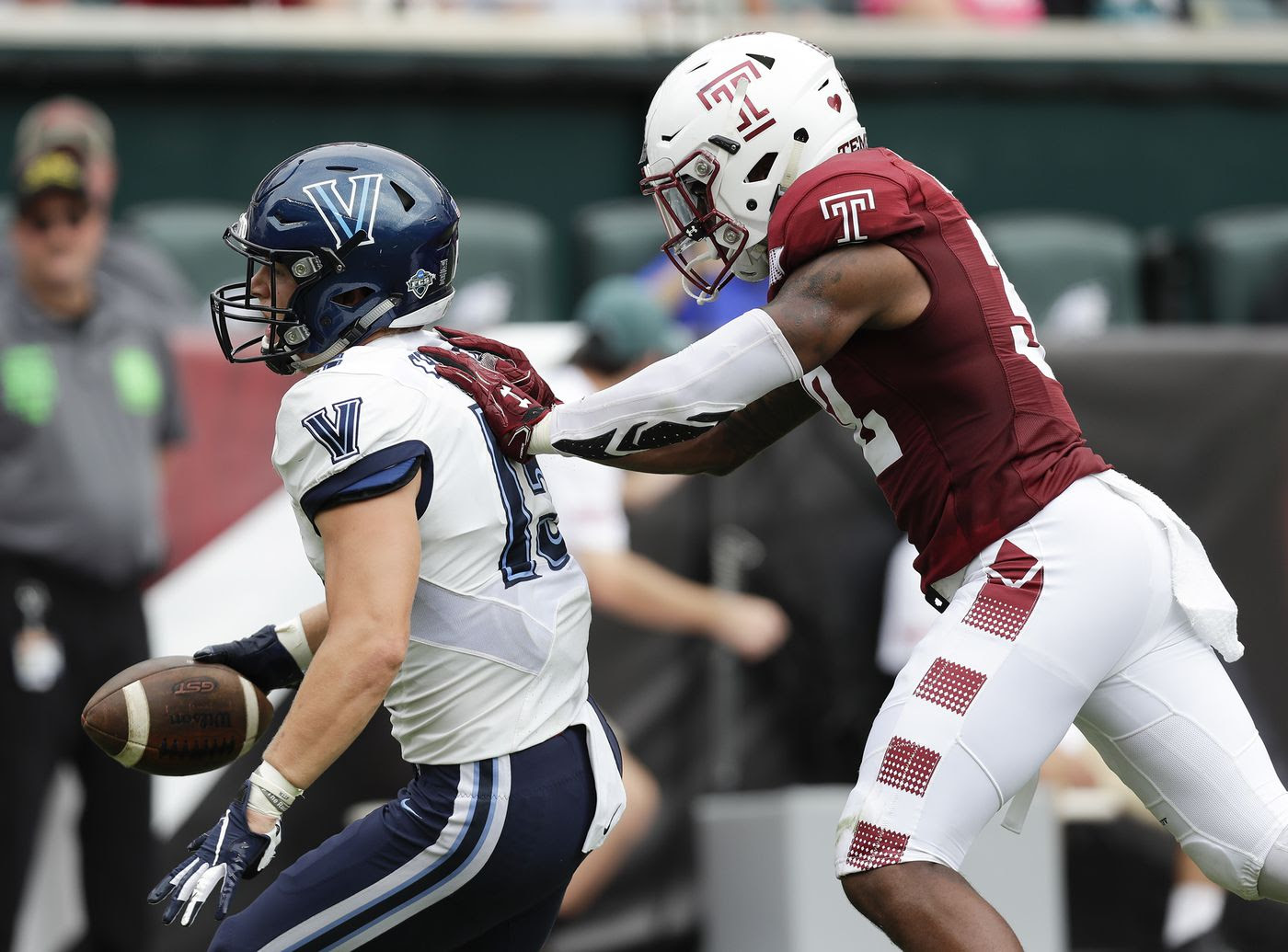 It's time to go full nerd and do a full-blown breakdown of the Villanova Wildcats.

If there were any lingering doubts about how good No. 12 Villanova is, the Wildcats enter this game on a huge high, upsetting Temple of the AAC 19-17.

This isn't the first time Villanova has faced Lehigh after playing an FBS opponent.

In 2016, the Wildcats traveled to Heinz Field in Pittsburgh, facing a Pitt team led by now-Pittsburgh Steeler RB James Conner on the ground.  The Wildcats fought pretty bravely in that game but eventually fell 28-7 to one of the more powerful teams of the ACC that season.

In the game against Lehigh the following week, won by Villanova 26-21, Lehigh was in the game until the very end, jumping to a 14-6 lead at halftime before the Wildcats got over their Pittsburgh hangover.

Down 21-20, head coach Andy Talley resorted to dinosaur ball, running almost every play until converting the final touchdown.  The rally, behind QB Nick Shafnisky and WR Troy Pelletier, fell about a yard short on a 4th and 10 in Villanova territory.

Head coach Mark Ferrante's offense hasn't changed a whole lot from what former head coach Andy Talley did on offense.  That's because prior to taking over at Villanova he was Andy Talley's right-hand man, coaching their offensive line for many years.  OL Ben Ijalana is but one of the offensive linemen that Ferrante coached during his tenure as assistant coach.

Ferrante and Villanova's way to compete in the rugged CAA has been to recruit tremendous athletes and to devise way to make them successful.  In ways, this is a double-edged sword.  When all the top guys are healthy, the Wildcats are a threat to win the CAA every year.  But when one key guy goes down, the entire nature of their team can change.

Such was the case last year with QB Zach Bednarczyk, who helped torch Lehigh last season in a nip-and-tuck 38-35 affair but got hurt versus Towson and was lost for the season, fundamentally changing the course of their season.

"How should I word this?" Ferrante said this week. "The inability to move the ball effectively on offense once we lost Zach, is probably why some of the returning receivers did not have more catches from a year ago."

Indeed, Zach in years past has been a tremendous dual-threat talent.  You have to respect his ability to run with the ball, and if you over-respect it, he'll kill you with accurate, mostly short passes to the tune of over 70% completion rate.  Against Temple, he completed passes to seven different receivers, so you don't know who he'll necessarily target.

He also has the flexibility to allow Villanova to go with a pass-happy offense putting the ball up thirty times, or a rush-heavy attack that only uses the pass to keep the defense off balance.  Discipline in the front six or seven is critical to be able to somewhat contain him.

Bednarczyk is made even more deadly with another guy Lehigh has seen before, RB Aaron Forbes.  Last year Forbes went from platoon back to being a key part of Villanova's gameplan last week, rushing for 118 yards and pitching in 3 catches for 18 yards.  RB Matt Gudzak, another thorn in Lehigh's side last season, also returns as a change-of-pace back from Forbes.

Gudzak, like Bednarczyk, got hurt in Week 4 and was out for the season.  Without Gudzak and Bednarczyk, the Wildcats were a different team, but again, Lehigh will be facing off against a Wildcat team at peak strength.

Bednarczyk really spread the ball around well last week, but it was 6'2 235 lb TE Ryan Bell that pulled down the most targets, 9 for 81 yards and a huge TD.  Speedy 5'7 senior WR Jarrett McClenton was next (5 catches, 63 yards, 1 TD) and a pair of sophomores, WR Jevon Jones and WR Changa Hodge, also got a fair share of targets.

You can expect Villanova to do a lot of running to the left side with 6'4, 335 lb senior OT Ethan Greenridge paving the way.  He highights an enormous offensive line that prides itself in the fact that they can get just as physical as anyone.  In that sense it is a good thing that Lehigh faced off last week against another very physical team in St. Francis (PA).  Both offensive lines share a very physical style of play.

Villanova plays a 3-3-5 defense and has run one for years - a squad that forces turnovers, and uses a heavily talented (and big) defensive line to slow down the run and let speedy linebackers and defensive backs make big plays.

The class of the unit, and the guy who's getting most of the preseason accolades, is senior FS Rob Rolle, in many ways the perfect sort of defensive back to play the rover or free safety position.

“He probably has the best ball skills of the guys in the backfield,’’ Ferrante said last year.   “He’s a really good natural athlete. … He’s the quarterback of the defensive secondary. He makes all the calls back there, sets the other guys up.’’

Roller was getting NFL looks before tearing his ACL last season, which is why he's come back this year.

Steeb was one of the heroes last week, notching a big interception to help the Wildcats get the win, and White added three tackles.  A telling stat: The Villanova front six only gave up 46 yards rushing in 22 attempts.

Junior P/PK Drew Kresge was 8/11 in field goals and nailed 3 of them more than 40 yards.  He is 27/30 in extra points on his career.  He's also listed as the first-year punter, though last week freshman P Nathan Fondacaro kicked for the Wildcats, averaging 42.7 yards per punt.

1. Is the Lehigh front Six for real? Last week, thev Mountain Hawks front six held the Red Flash to about 50 yards rushing.  That was a great performance, but they'll have to duplicate that or better against Villanova in order for Lehigh to excel.  I'm not expecting 50 allowed yards rushing only, but I'm expecting at the end of the day to feel like Lehigh equalled, or downright beat, the Villanova offensive line.

2.  Balance to score points.  Believe me, I am very eager to see what senior RB Dominick Bragalone can do against the Villanova front six.  But it's going to require a balance of Brags and senior QB Brad Mayes carving yards and moving sticks.  Balance will be key to score points.

3. Takeaways.  Lehigh can't afford to lose the turnover battle in this game.  They need to be plus in turnover ratio.

I don't think you realize the battle this was to get this preview done.  I don't often blog on a wet phone, but that's what I'm doing trying to get this done.

In that spirit, I saw a big fight last week from Lehigh that could see a real good performance this week.  Chances to knock out FCS Top 25 teams dont come around every day, and this team has that feel of one that is going to work through everything.

An upset here would require another extremely clean game, a show of force in the trenches, and perhaps a little luck.  I think they'll come close and earn some respect.  But I think they come up just a little short.