Lehigh's 2017 Recruitment Class Big on Championships and Big on Versatility 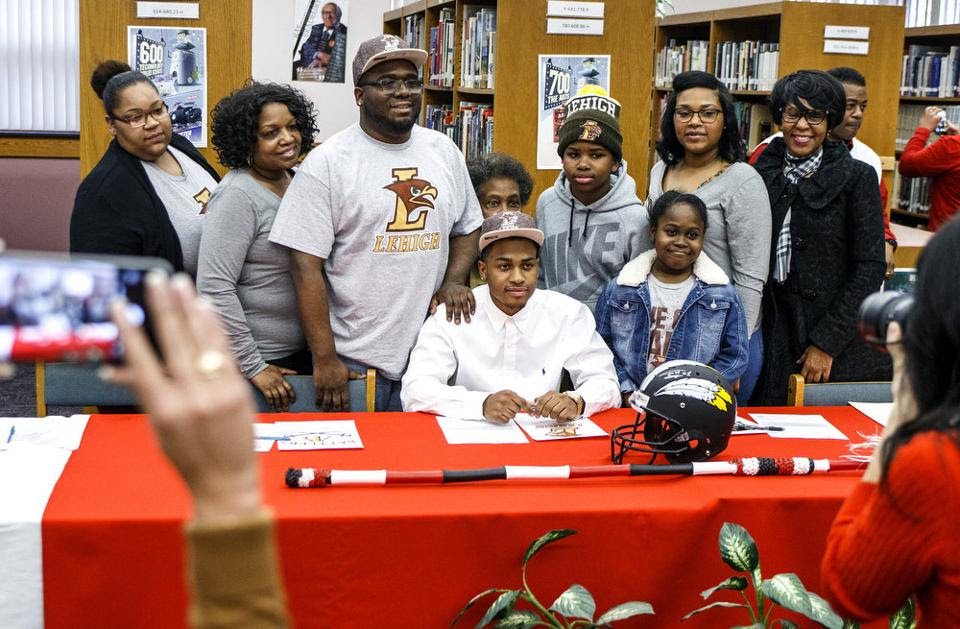 The fifteen names in the incoming class, "with four extra guys to announce later [on]", Coen said, seemed to fill Lehigh's needs, the fifth consecutive year that Lehigh has been recruiting with the same type of  scholarships as the rest of FCS.

"We had to shore up some depth, we really had to get a little bit of everything," he said.  "We graduated a lot of guys in the secondary, so it was important to get a good group there this year, and I think we did that."

"The four defensive backs are not only capable of being corners but can also play safety or potentially grow into our rover position," Coen explained in Lehigh's official release. "That's always good when you have kids who start out with the ability to be very versatile in our defense."

In fact, the theme for this entire incoming class could be one of versatility - versatile defensive backs, a versatile running back in RB Evan Chadbourn (a "triple threat type of guy", according to Andy), and even a versatile quarterback in QB Addison Shoup (who is listed as a pro-style quarterback but showed some running ability in his the highlight reel that Lehigh Athletics showed of all the recruits announced today).

"Addison is a very active quarterback," Coen said. "He has a strong arm and does a lot of different things with his feet. He's a little different from QB Nick Shafnisky as he's more of a pure passer than Nick but he's capable of beating defenses by throwing the ball and running with it."

It felt like the guys Andy announced today on offense and defense could be used in a variety of different roles, and that's just how he wanted it.


Coach Coen was extremely happy today with the quality of competition his incoming class played in at the high school level.

"Developing relationships with high school coaches and getting them from very good programs is really important," coach Coen told me.  "Look at it this way, if you keep recruiting kids from St. Joe's Prep, it's going to be a lot easier to get other guys from St. Joe's Prep. Usually good high school players are the ones that become good college players. The ones that play at a high level and are on championship teams, those guys seem to understand better than others what it takes, the commitment you need to have to win a high school championship."

"It's important when you develop relationships with these coaches and their families," Coen explained. "The kids like seeing familiar faces from their team and have the opportunity to play alongside each other again. That's one way we gain inroads in some of these very strong programs."

On the highlight videos, what jumped out at me was QB Addison Shoup's passing ability, completing a bomb for a touchdown off of his back foot.  I also was impressed with WR Jorge Portorreal's speed, and how he escaped tackles a couple of times for some big plays.

Overall the class to me looks like a broad-based talented group that looks like they can come in and compete for time on the field, no easy feat on a team that just last year won the Patriot League Championship.  For Lehigh the last four years, it was a slow and steady climb back to the top of the league.  This group looks like it will fit in very well with that championship tradition.

It's official and glad I could share this moment with some of my boys #birdgang #lsup pic.twitter.com/llE1zZxdqm
— Stuart Cundiff III (@TreCundiff) February 1, 2017

Congrats to the 29 State High seniors that will be continuing as student-athletes at the collegiate level next year! #NationalSigningDay pic.twitter.com/Nhg4kow73j
— State College SD (@StateCollegeSD) February 1, 2017

Proud of all these dudes as they take their talents to the next level! #WeAre pic.twitter.com/b6O4Cu5wa4
— Kyle Galli (@kylegalli11) February 1, 2017

So blessed to have a great support system words can't describe how much they mean to me can't wait to have them with me on this new chapter pic.twitter.com/uZsryfOfbZ
— Tre Neal (@TreNeal_3) February 2, 2017