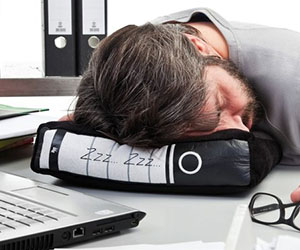 "Huh?" another said, awakening from a long afternoon nap.

"We missed the recruiting news cycle," the member repeated, a but more irritated this time.  "There's a very small window where people care about football recruiting - the 72 hours after National Letter of Intent Day.  After that, you might as well be writing about the 2002 midterm elections."

"Is that really true?" sleepy guy said.  "Patriot League people tend to have a bit longer attention span than that.  They appreciate - or at least get vocal about - the ratings whenever they come out.  After all, in the old days, there sometimes was months between classes."

"But that's not true anymore," irritated guys said.  "Now, the Patriot League are all announcing their classes on NLI day.  They're a part of the crazy skydiving-recruit announcing, hat-switching player circus that is national signing day."

"Well," sleepy guy said, "they're done now.  For us, this is some sort of record, having them all done this early.  It took a lot of sleepless nights, but they're done now."

"Let's get this done before we miss any more news cycles," irritated guy responded.


Before we get to 7th place in the Patsy ratings, first a short primer for those who are being introduced to the Patsies for the first time.

Almost a decade ago, there was a Lafayette fan called carney who got sick and tired of of fans of Patriot League schools declaring victory in recruiting.  Everyone's recruiting class was the "best ever".  Every class was the final piece of the puzzle of their respective schools' eventual hegemony over the Patriot League, including (of course) a deep run in the FCS playoffs.

He then came up with a measurable, quantifiable method of determining the relative "quality" of each recruiting class.  A somewhat full description of the methodology is available at this link, but the quick version of what you need to know is this: classes are measured by "quality", "class size", "distribution" (number of positions covered), "speed", "trigger points" (additional ratings for QBs), "jumbo" (size points for offensive and defensive linemen), and "needs" (how well the class addressed the needs of the incoming class, as judged by the fans of the respective team).

There is also the dreaded "committee adjustment", a (generally small) adjustment in points that attempts to rectify some discrepancies with the system.  For example, what if a school sees six quarterbacks in the incoming class?  (This actually happened.)  Only one can see the field at one time, so this is the way that some sort of "eye test" adjustment can be performed on the class.  It's intended as a rare event, but it has been more in use in recent years.

The genius of carney's system is that it measures each school the same, but classes can have different strengths.  A large class can get lots of points for "class size", but a small class loaded with starred Rivals players can also get "quality points".  Similarly, as the Patriot League has evolved from "non-scholarship" to "conventional scholarship", that change is something that can be tracked from year to year.

Though the methodology has been tweaked a little over the years (as has been necessary, thanks to the presence of new recruiting sites), the basic methodology has remained the same, even as it was passed from it's original father to me.

This leads us to Fordham's class, who ranks 7th out of 7 teams in this year's Patsy ratings.

Does this mean that Fordham's class is loaded with kids that can't tackle and athletes that have no chance to become all-Patriot League?  Of course not.

First of all, the Patsy Ratings have always been "for entertainment purposes only".  Using this system for anything else is crazy - something I, or carney himself, will tell you.

Second of all, when it comes to Fordham, there is ample evidence that their method of recruiting does not lend itself all that well to the Patsy Ratings.  Having had a headstart on the "scholarship era", they have consistently had smaller-than-usual classes, which denies them Patsy Points in key areas.

Having said that, let's jump in.

THE GOOD: In a lot of ways, this is a prototypical Fordham class - laden with quality, and small.  With the announcement of head coach Joe Moorhead heading to Happy Valley as an assistant coach, there had to be a concern that starred recruits might not keep coming to Fordham under new, youthful-looking head man Andrew Breiner, but this class seems to say that such fears are unfounded.  That they were able to keep quality coming in under what is always a rough time for recruiting is a good thing.

THE BAD: There has never been as deep a disconnect between coaching staff recruiting decisions and the fans' determination of what "needs" are.  Fans are sometimes imperfect vessels for determining a teams' real "needs", but they are usually right about something.  This class didn't just miss in terms of "needs', it seems like it was completely ignored.  This goes beyond having a small class.

PATSY POINT CALCULATION
CLASS SIZE: 0.  The size of Fordham's class is 9 recruits, 18 is the cutoff to receive Patsy Points.

QUALITY: 17.  4 out of the 9 recruits were "present" in the national ratings websites - 247, Rivals, Scout, and ESPN.  Being present gives you a few points, but if you're a two-star or three-star recruit, you get even more points.  Two recruits were "starred", and most of the "quality points" come from those athletes..

DISTRIBUTION: 5.   No QB, P/K, WR, TE, but points for all the other positions represented in the class.  Fordham had one recruit listed as "ATH" (or athlete).  The Committee's policy on "athletes" is that they are thrown out for distribution point purposes.

TRIGGER: 0.  No QBs in the recruiting class, so no Patsy Points here.

SPEED: 4.  On all the "official" recruiting websites, two of Fordham's athletes had published 40 times, which generated 4 additional points.  The Committee's policy on speed points is to only use "recognized" sites for 40 times.  (Special note: Hudl is NOT considered a "recognized site" for this purpose.)

When reading the next section, keep in mind that the determination for "needs" came from a certified, verifiable Fordham fan.  It was not from a secret St. Bonaventure fan bitter that Bonnies football isn't going to be reinstated this year.

1. DL: 2 (out of 5).  Two defensive linemen, or 20% of the class, were represented in the class, neither of whom were recognized on the ratings sites.  While this does satisfy a "need" in terms of depth, the lack of starred recruits in this area was disappointing.  Originally this was slated to be only 1 point, but after a brief Committee discussion, this was switched to 2 points.

2. DB: 0 (out of 4).  Defensive back is an area on a football team that pretty much needs a steady supply of recruits in order to field a strong team.  For "meeting needs", it's pretty much required that a school gets at least numbers, or rated recruits, or ideally both.  Fordham's class achieved neither: they scored one defensive back that was not rated by the agencies.  The Committee was unanimous.  No points.

3. WR: 0 (out of 3).  This was a very easy Committee call.  They looked at the list of recruits, and saw nobody with "WR" next to their name.  They looked at each other, and shrugged.  No points.

ADJUSTMENT: +3.  The Committee looked at the overall body of work of Fordham, looking at a "17" in quality points, circled in blue on one piece of paper, and looked again at that ugly "2", circled in red magic marker, on another.

"This class has good recruits in it," one Committee member said, with a mouthful of bagel with lox and cream cheese.  "If you had simply switched OL and DL in the 'Needs' category, you'd easily have three more Needs points for the Rams.  That three-star recruit on the offensive like looks like a very intriguing athletes.  Shift DL down to 3, and you'd probably get 2 more."

"Truth is though," a crusty Committee member said, the fan in question didn't identify OL as a need.  We shouldn't overwrite what the fans have themselves said!  What's next... Patsy anarchy?  Dogs sleeping with cats?"

The battle was pretty heated, but in the end, a majority of Committee members relented and agreed to give the Rams class three more Patsy points.  It's not as many as they'd have gotten if OL was represented in their Needs area (anywhere), but it's some regained points to acknowledge that their quality points probably should be better represented in the class.