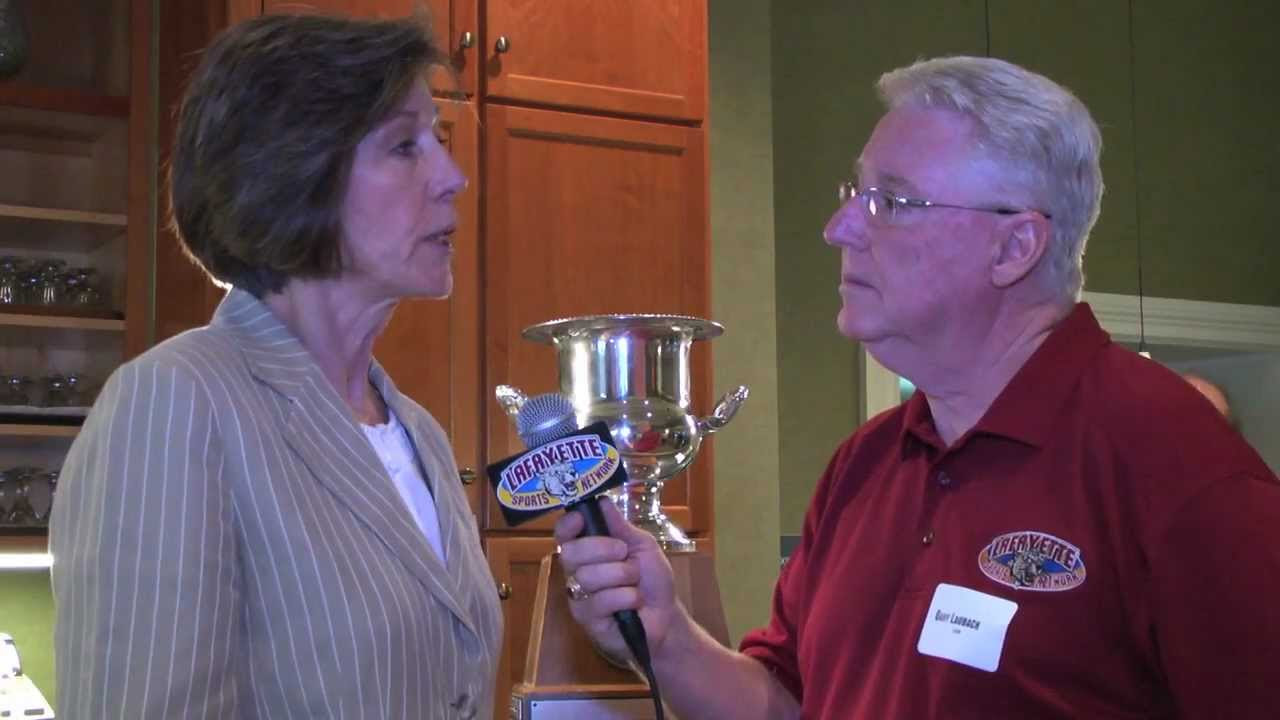 Carolyn Schlie Femovich has decided to step down as the Executive Director of the Patriot League on July 31, 2015, it was announced Wednesday by Patriot League Council of Presidents Chairman Dr. Cornelius M. Kerwin, president at American University.

"It has been my privilege to serve as the League's Executive Director and work on behalf of such distinguished academic institutions that are committed to the scholar-athlete model for intercollegiate athletics," said Femovich. "I am especially proud of the outstanding educational and personal experiences the League provides to thousands of student-athletes each year. It has been an honor and source of pride to represent the League and its unwavering commitment to high academic achievement and success in NCAA Division I competition.


"I am extremely grateful for the trust and confidence of the Council of Presidents and the tremendous support that I have received from the athletic directors, academic administrators and League staff during my tenure. To have played a role in the growth and development of the League over the past 16 years has personally been very rewarding. The professional relationships and friendships that have developed over the years will remain with me for a lifetime."

Femovich became the executive director of the Patriot League at a time when scholarships in men's basketball were just starting to be implemented, which was an issue that caused Fordham to exit the conference in all sports except football.  During her time at the helm, though, the Patriot League grew to 10 all-sports member and 7 football member conference, adding Georgetown in football, and American, Loyola (MD) and Boston University.

She also guided the league though another groundbreaking issue that could have torn the league apart - the implementation of scholarships in football.

"Carolyn has provided extraordinary leadership during her 16 years as Executive Director of the Patriot League," said Dr. Kerwin. "With great expertise and tireless energy she guided the League during a period of unprecedented change for intercollegiate athletics. She has been steadfast in her stewardship of the League's core values and in her commitment to the development, welfare and success of our student-athletes. Her legacy is a strong League and thousands of students who have benefitted from their experiences in intercollegiate athletics. The member institutions of the Patriot League are deeply grateful for her remarkable service."

Throughout her tenure, Femovich has focused on initiatives that emphasize the commitment to the League's core values and its moniker "Today's Scholar-Athletes, Tomorrow's Leaders." Patriot League schools consistently finish among the top conferences in the NCAA's annual Academic Performance Rankings and Graduation Success Rates.

With their partnership with Campus Insiders, Patriot League sports is now available around the world through online streaming, with top-quality video, as well as continuing to appear regionally and nationally on ESPN and CBS Sports Network.

Before she came to the Patriot League, you had to hunt on a patchwork of local stations to find out whether your favorite team was available to watch.  Today, all teams are available to watch on a national platform, thanks to her efforts.

Among the other significant roles that Femovich played on the national scene included President of the Collegiate Commissioners' Association (2011-13), Board member for the National Association of College Women Athletic Administrators (NACWAA, 2008-12), NCAA Women's Basketball Committee (1984-90) and President of the Eastern College Athletic Conference (1996). In addition, she is presently a board member of the Collegiate Women's Sports Awards program.

Some of the other accomplishments during the League's past 16 years include the creation of the Patriot league Leadership Academy in 2011, which was a ground-breaking membership initiative to develop leadership characteristics in student-athletes and cultivate world-class leaders through sport. Femovich also developed collaborative relationships with such non-athletic campus groups as Chief Academic Officers, Public Affairs, Admissions and Financial Aid Officers.

A 1971 graduate of Valparaiso University with her undergraduate degree, she has been a member of the Board of Directors since 2006. Femovich earned her Masters' degree from Indiana University in 1975 before embarking on a career in collegiate coaching followed by more than three decades involved with athletic administration. She is married to Robert Femovich.

A national search will be conducted for the next Patriot League's Executive Director.

COMMENTS FROM AROUND THE PATRIOT LEAGUE ON CAROLYN SCHLIE FEMOVICH

Dr. John Axelson, Professor at the College of the Holy Cross and Chair of the Patriot League's Policy Committee

"As a longstanding member and current Chair of the Patriot League Policy Committee, it has been my pleasure and privilege to work closely with Carolyn. Under her guidance, the Patriot League has grown in both size and stature. She has pursued policies that have elevated the quality, competitiveness and exposure of Patriot League athletics. Most importantly, under her leadership, the integrity of our student athletes' academic experience has always remained the first priority. On behalf of the many colleagues across Patriot League community, I want to thank Carolyn and wish her the very best as she opens a new chapter in her professional life. "

"The Patriot League has been fortunate to have strong leadership throughout its 25-plus year existence, and Carolyn's highly valuable service came during a critical period of the league's evolution. Thanks to Carolyn's leadership, the Patriot League has grown stronger in our shared convictions about the primacy of our educational mission, the responsibilities we embrace regarding recruiting students to play on our teams who really care about their education, our intentional efforts in developing them as leaders, and to the expectation that they will graduate. We are all grateful for her service and wish her only the very best."