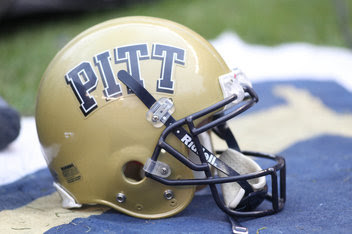 While my initial thoughts on a 12th game for Lehigh involved a lot of expense - for example, a possible trip to Bozeman, Montana to take on last year's Big Sky co-champions Montana State - it so happens that there's another possible 12th Mountain Hawk game that could come about that is not only a whole lot less expensive, but also would give Lehigh an extra home game.

The forces at work would not be from the FCS world but the FBS world.  More accurately, a game versus Pitt and Villanova.

It all started a few weeks ago when Florida State was "exploring" a Monday Night Labor Day game in Pittsburgh against their future conference mate, the Panthers.


At the end of his annual Signing Day "War Party" Wednesday night at the Tallahassee Car Museum, Jimbo Fisher, in an attempt to drum up more support for his team from the boosters and fans in attendance as well as those watching online at various viewing parties in other cities, dropped big breaking news.

The Seminoles were currently exploring opening their 2013 season in Pittsburgh on Labor Day, he said. Senior associate athletics director Monk Bonasorte, who handles scheduling for the football program, confirmed the news.

Talks between the schools and the conference have lasted for about three weeks. Fisher was just informed about them earlier this week. Initially, he seemed skeptical about putting a new, first-year starting quarterback up against conference competition on such a big early stage. But as the week went on, the coach came around and got excited about the idea.

Officials from both schools had been trying their best to keep the deal quiet, particularly since it has not yet materialized. Scheduling could be an issue for both teams since they already have games on the calendar that weekend.

FSU is slated to play Wofford on Aug. 31. Pitt is scheduled to play Villanova the same day. Both teams have three other non-conference games set, but no conference dates as of yet.

(Side comment: "War Party"?  Really?  What millennium is this?)

The final sticking point was Villanova - and there's no question they had a problem.

“We haven't been able to find a resolution that isn't extremely complicated,” Nicastro said. “We have had a number of discussions with the various parties (Pitt, ACC, ESPN, our football conference, the Colonial Athletic Association) to see if there was a reasonable way to shift the date.”

NiCastro's problem is that their confirmed schedule doesn't leave them with a lot of room to maneuver.

Villanova's 2013 schedule shows 9/14 is the only other "open date" available for a move.  Unfortunately, Pitt hosts New Mexico on that day, so that's a no-go for the Panthers.

Villanova could cancel their date with Penn on 9/28 to play Pitt on that day instead.  However, it would create another problem in their schedule: they would only have 10 games and would have to scramble to find an 11th, since Penn would not be able to reschedule on 8/31 (since their football season starts on 9/21).  Furthermore, Penn/Villanova for the last decade and more has been a rivalry game for both sides.  It would be a tougher call to cancel that game than some could imagine.

Villanova plays at Fordham is on 9/7, so the possibility exists that the Wildcats could flip Pitt and Fordham on 8/31 and 9/7.  However, Fordham's 2013 schedule shows that they already host Rhode Island on 8/31 - and the Rhody Rams have no available openings.

There is a potential solution, however.  It involves VMI and Lehigh.

VMI has a tentative home game on 9/7, but they host a D-II opponent in Glenville State.  They could buy out that game and instead host or travel to Fordham, filling out both schedules.

Fordham could lose a home game against Rhode Island, but if they signed a home-and-home deal for this season they would gain an away game, either this year or next, against VMI.

It's an elegant solution to the ACC's, CAA's, and Patriot League's problems to fill out the rest of the 2013 schedule.