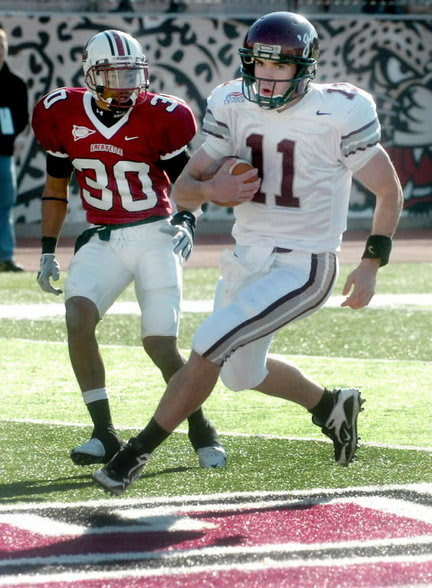 Four years ago, the roles were reversed.

Lehigh, playing for a thin chance at a Patriot League championship, hosted nationally-ranked Colgate in their chance for glory that season.

They had them on the ropes - but could not finish them off.

But it took an epic drive, and a great pass from QB Greg Sullivan to WR Pat Simonds, to get the job done.

"It just came down to that we made too many mistakes," coach Coen said after the game. "Obviously extra points, you've got to start right there. That obviously hurts; that changes the flow of the football game. Penalties in the first half, turnovers in the first half, giving them the ball on a short field. You can't make mistakes like that, and we've been making too many of them during the course of the season. You add them up in one point games, and it's tough."

Read my original recap of this game