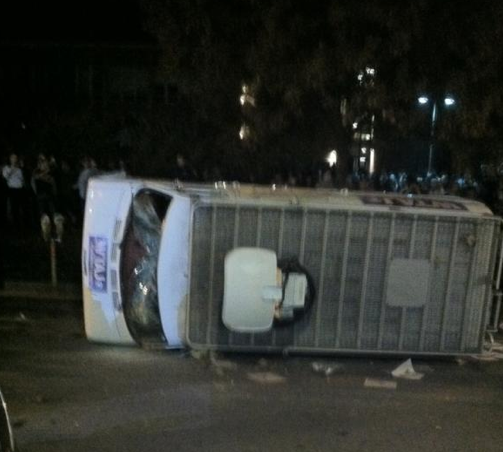 To say Joe Paterno was a college football legend - the word "legend" just doesn't seem legendary enough to describe the man who had coached at Penn State for 46 years in Happy Valley.

I have been to Happy Valley to see "big-time" college football at Beaver stadium.

I have seen up close the near cult-like behavior Penn Staters had for the guy they called JoePa - a personality cult that seemed goofy and a little harmless.

But I don't think it's goofy or harmless anymore.

The resignation of a leading Penn State fundraiser, the athletic director, and even the president of Penn State evoked sadness, outrage, and a call for justice.  But when the Penn State board of trustees fired the coach that had been given God-like powers, it set forces in motion that are as frightening as they are sickening.


There have been many great college football coaches over the years that could be considered legends.  Tubby Raymond, Woody Hayes, Bo Schembechler, to just name a few.

But JoePa had this way of not only being one of those legends, but embodying something more.

His message of school pride, "We Are Penn State", seems pulled from the 1950s, which was even outdated when he coached his first game for the Nittany Lions in 1966.  (Before I was born, lest anyone asks.)

He started coaching in an era when Harvard, Yale, Notre Dame, and Navy were legitimate big-time programs.  While he didn't coach in the "Seven Blocks of Granite" days, he seemed to embody them in a certain way that made it seem like he wasn't just a historic coach, he was the embodiment of college football history, school pride, and winning, all wrapped up in this humble, hard-working package.

The "Be True To Your School"-ishness of JoePa doesn't seem like it should work. But for multiple generations, it has, for an awful lot of people.  Perhaps it's because there is this group of people that need to believe in it, I'm not sure.  But it's there, and it's real.

That seems to be why the JoePa firing tonight, in the tornado of "allegations" that a former defensive coordinator was performing unspeakable acts against young boys, probably sparked the riot in Central Pennsylvania this weekend.

It's not only that they fired a successful football coach.  It's what else they fired.

The face of the school.

An idea that 1950s school spirit can keep a Penn State community together.

The idea that hard work and keeping a clean program can result in success, and even championships.

(We all know now that JoePa's program wasn't only unclean, it was aiding and abetting the exploitation and sexual abuse of young boys under its roof.  But to many, it is impossible for these facts to break through the idea that his program was clean.  "I've been brought up to believe that JoePa runs a clean program, so therefore, it must be so!")


The hundreds of people who rioted tonight and overturned that truck - and were pepper sprayed by police - seem preconditioned to believe that JoePa could not possibly be at fault.

At most colleges, the head coaches are responsible for the behavior of their players, and their assistant coaches.  Coaches are not just people who clock in, do their job and clock out, they have a department to run, employees to hire and fire, work to do.  Coaches work crazy hours, and spend an awful lot of time together.

Paterno, especially later in life, was known for delegating many of his job responsibilities to assistants.  But Joe still worked side-by-side with these guys, got gameplans, broke down game film.

How could he have not known something was so wrong with one of his assistants?

And take away, for a moment, the charges in 2002 that passed by his desk.  Even if the specific nature of the abhorrent behavior was toned down by his assistants, doesn't JoePa share some responsibility for not having the type of office where something like that could be brought to his attention, and he could take care of it in the proper way?

It's abundantly clear, as these shocking "allegations" have unfolded over the past few days, that there was systemic failure at all levels of the University - from the janitors, to law enforcement, to the president of the school.

And college football legend or no, JoePa is in the middle of it all.  He's not the only reason it happened, but he's a part of it.

If I'm Penn State's new president, the first thing I do is consider cancelling the rest of the football season.  There doesn't need to be the distraction of football for the rest of this year on campus.

The next thing I do is I make a campus policy where anybody on campus can report any sexual crime anonymously, while working with local law enforcement to make sure that all these claims are followed up.  There needs to be a climate where even the most abhorrent crime can be discussed privately and anonymously, and then the accuser knows that the follow-up will involve police.

Those two things would go a long way towards healing the wounds of the past few days.

It's no longer tethered to Knute Rockne, undefeated and untied teams from Navy and Notre Dame, and JoePa.  College football lost its final link to a more innocent time, where school spirit mattered, JoePa won championships, and amateurs were the rule, not the exception.