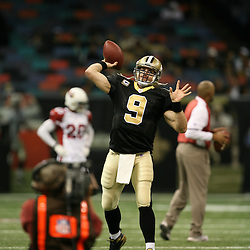 Some explanation is in order here. Undoubtedly you're surfing over here to read about my analysis of Lehigh's basketball and wrestling teams this weekend, and don't worry, I'll get to that. But all week I've been struggling with my NFL allegiances. Let me explain.

I grew up in the New York area, but moved overseas for about seven years of my life. As a youngster, my allegiances changed quite a bit - Giants, Jets, Redskins. While living overseas in high school, however, I finally settled on the Saints as my team. Why the Saints? Maybe because in 1986 they were on the rise; maybe because I had a lot of respect for coach Jim Mora and the Philadelphia Stars of the old USFL; maybe because I loved the "Dome Patrol" and their take-no-prisoners 3-4 defense; or maybe simply because my fathers' jazz musician contemporaries liked the team. As a result of this, I picked up on the Saints just in time to enjoy their first-ever winning season and playoff appearance.

Going to college at Lehigh didn't dampen my enthusiasm for the Saints. "Who Dat" branded me as different to my residence hall and to my friends. My friends were probably mostly bemused by it at best, or annoyed by it at worst, but they had no doubts that I was serious about it. Living in Bethlehem didn't mean I became an Eagles fan. When the Saints lost to the Eagles 36-20 in 1993 (after the Saints' third straight epic meltdown in the playoffs with a 20-7 lead) I got many calls from ecstatic Eagles fans rubbing it in my face. Needless to say, I was no Eagles fan then.

Since the Mora era ended ("Playoffs? You want to talk to me about the playoffs?"), there haven't been too many Saints highlights to celebrate, though through the 90s I still went to the sports bar to follow my team, through Ditka (ugh) and Haslett (better, especially in January 2001). But then I met my wife - a Philadelphia girl through and through. When we got married and moved back to the Philadelphia area, it was clear that she was (like all good Philadelphia natives) rooting for the Eagles first, the Flyers next, and didn't care about anything else. In a nutshell, I could keep Lehigh and the Red Sox. But this was going to be an Eagles family - our son was going to be dressed in Eagle green, not Saints gold.

This was fine with me while the Saints had Aaron Brooks as a QB. I still followed the Saints, but I also followed the Eagles and got excited when they did well. Last year, the Saints didn't have a home, were eyeing a move to San Antonio, and were 3-13. (And did I mention Aaron Brooks was the QB? This cannot be emphasized enough.) I followed the Eagles a lot more closely, even if T.O. was a cancer that caused the team's collapse. I liked McNabb, Westbrook, Reno Mahe and the rest of them, only a year removed from their Super Bowl appearance. Being in a true Eagles community, and feeling the genuine spring in everyone's step when they win, is pretty incredible. The Eagles, Westbrook's running, the fierce defense, won me over.

This year, though, the Saints have put together a team with a brand-new head coach that, frankly, is one of the best, hungriest, butt-kicking NFL head coaches I've ever seen in Sean Payton. (Watch him -he clearly has it, that intangible quality that makes a great coach. That go-for-the-jugular, will-do-anything-it-takes-to-win look that only folks like Parcells and Bellicheck had in their primes.) Anyone who humiliates the overrated Cowboys and thuggish Giants in consecutive weeks has to seriously get some sort of award. With instant impact player RB Reggie Bush joining the team (who falls in the Saints' lap after the Texans make a Ken O'Brien-esque draft goof) with scrap-heap QB Drew Brees, seventh-round draft pick Marques Colston, durable back Deuce McAllister and badass Joe Horn, it's a mishmosh of a team that is something special. It feels like New Orleans in 1986 all over again.

Even though the Saints won me over again, I still smiled when the Eagles swept the sorry Cowboys and beat the Giants twice in three weeks. When the Saints aren't involved, I root for Westbrook, Trotter, and yes, even Jeff Garcia. The QB on the brink of retirement, bring the Eagles to the promised land. Like the Saints, the storylines are no less compelling.

This week has been excruciating - not at all like when the Saints beat the Eagles earlier in the season 27-24. That week I could tell my family, friends and co-workers that it was a good team who won, but I also wished the other team well. In my heart, that's even how I feel about this game - for the winner on Saturday, I'll be rooting for them to win the whole thing. But constantly - at work and at home - I'm asked to choose. Eagles or Saints? My community, or my childhood team? Do I root for a team who plays 45 minutes from where I live, or do I root for a team from a place where I've never lived, and attended exactly one home game (when Jim Everett was the QB, no less)? At work on Friday, do I wear an Eagles hat, a Saints shirt, or do I wear the Eagles shirt with the Saints tie?

Today at work we had an Eagles party, and, unsurprisingly, I found myself over at the (untouched) cajun wings. There's a moral (or a joke) in there, somewhere - I'm probably too dim to figure it out, but it's got to be there. Cajun wings on Friday, and cheesesteaks and gumbo on Saturday - I don't know what's going to happen, or how it will tear my fan allegiances apart, but I'll be there for one interesting, bittersweet evening.

Anonymous said…
I'm rooting for the Saints, and think you should too. That was your team! You shouldn't change your team allegiance no matter how well (or how poorly) they perform, whether or not you like their coach or QB, or what your wife's allegiance is. Don't even get me started on how/why your boy should be wearing the same colors YOU root for. Besides, the Patriots have already triumphed over the Eagles for a SuperBowl win (Feb 6, 2005... 24-21), and I can't bear the thought of your wife and your son going through that pain again. It's the Saints turn to lose to the Pats this year.
5:36 PM

Anonymous said…
I couldn't agree more with 'anonymous'. Pick a team and stick with them, even if they stink or have never won a Super Bowl. The last point he made about the Pats, I'm not too sure about. I think he's right the Pats will win, but it'd be nice if they beat the Eagles AGAIN.
6:19 PM

Anonymous said…
Right on! Good points both of you. However, I don't think either team will lose to the Pats. I think Chicago will lose to the Pats in the SuperBowl, just like they did during the regular season. So, root for the Saints or the Eagles, it doesn't matter.
6:26 PM