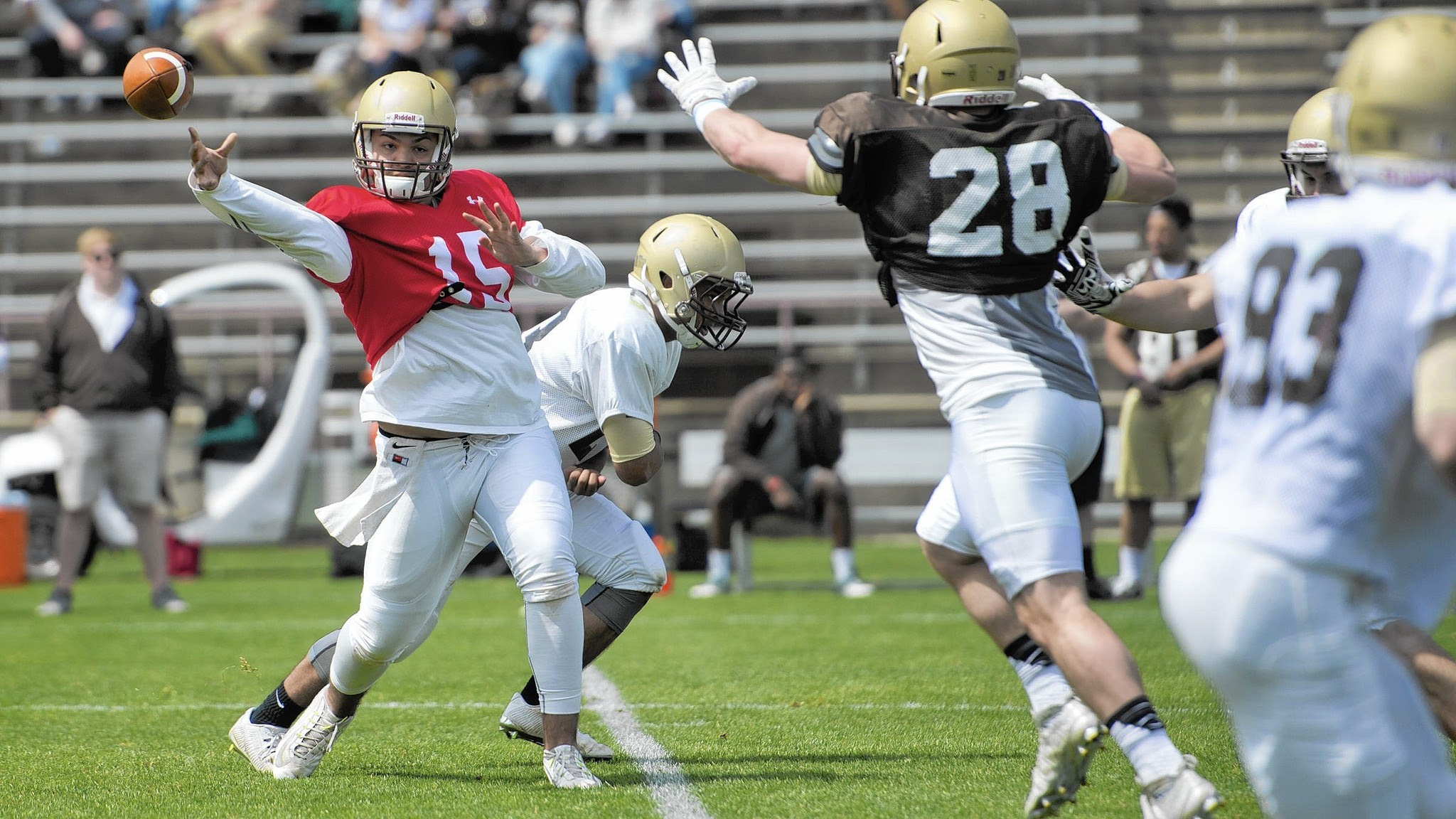 Tomorrow, the beginnings of the 2018 football team will take shape - a team that waves goodbye to WR Troy Pelletier and WR Gatlin Casey, but welcomes back rising senior QB Brad Mayes and some changes on the defensive side of the ball.

What sort of questions will be answered by by the end of this spring segment?  Here are five of my questions. It's all but certain that rising sophomore WR Jorge Portorreal (729 catches, 2 TDs) will be a key player in Lehigh's receiving corps in the future - he shone brightly last season, with some electric touchdowns out of the slot - but who will be the other members of the receiving stable that emerge as the go-to options this spring?

Senior WR Sasha Kelsey, senior WR Luke Cristiano, junior WR Dev Bibbens and senior WR Conner Bianchini are all very talented receivers that have to some degree boded their time behind Troy and Gatlin - but which of this group will make the jump to being a huge playmaker? 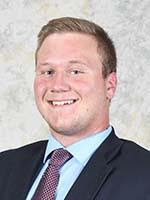 2. How will the OL look?  Last season, OL Zach Duffy, OL Brandon Short and OL Tim O'Hara were the senior leadership that glued this unit together.

As the Lehigh football team waves goodbye to them, head coach Andy Coen will undoubtedly be looking to check on the development of sophomore OL Jackson Evans and sophomore OL Christopher Fournier, two guys who got a lot of experience last season in the offensive line two-deep.  They were two guys that impressed last season, and hopefully we'll see them continue to get better.

Lehigh also will see a new offensive line coach, as Lehigh waved goodbye to standout coach Andy Merino and welcome in Jeremy Bandy, in what ends up being a coaching swap between Lehigh and Harvard.  What has to be exciting for every offensive lineman on this Lehigh team is that six of Bandy's offensive linemen at Harvard signed NFL contracts, with four currently on NFL rosters.

Additionally, it also seems like there are spots open at both the 1s and 2s for a strong showing from rising players.  Senior OL Thomas Zuewsky, sophomore OL Matt Fest, junior OL Nick Rosen, senior OL Aidan O'Carroll, junior OL Alex Motley, junior OL Derek Lomax, senior OL Matt Hawkinson and junior OL Ryan Oneidas are all vying to be those guys on the two-deep for the St. Francis (PA) game this fall, and the work those guys are able to put in this spring session will determine their placement.

3. How will the development at LB look this spring?  One of the more intriguing coaching hires that Lehigh made last season was that of Mike Kashurba, who was let go by Holy Cross and signed relatively quickly by the Mountain Hawks, who slotted him in as linebackers coach.  A former Bucknell assistant coach as well, Kashurba has spent the last six seasons in the Patriot League, and knows all the teams in the league like the back of his hand.

"Mike Kashurba is a high energy guy with an outstanding defensive mind," Coen said in the announcement of Kashurba's hiring this February, clearly excited about that aspect of Kashurba's coaching experience.

Working with Lehigh's young linebackers, sophomore LB Pete Haffner and sophomore LB Nate Norris, not to mention rising senior LB Mark Walker and junior LB Keith Woetzel, it will be exciting to see what energy he will bring to this group.

4. What about the defensive formation?  In 2015, Lehigh decided to move to a 3-3-5 defense, mimicking a change that quite a few FCS teams have been making over the past few years.

Last season, defensive coordinator Craig Sutyak elected to switch to a 4-2-5 instead, most likely to try to play to the unit's strengths, i.e. DL Tyler Cavenas.  Though the defense did recoup just enough by the end of the season to win back-to-back championships, they struggled hugely to start the season, notching one of the worst-rated defenses in all of FCS.

This season, the Mountain Hawks need to figure out if they will continue to field a 4-2-5 defense, whether they might switch back to the 3-3-5 defense they fielded back in 2016.  It seems doubtful that there will be wholesale changes - yet at the same time, the base defensive front and almost equally as important its identity still needs to be forged.  This spring is when that hopefully will happen. 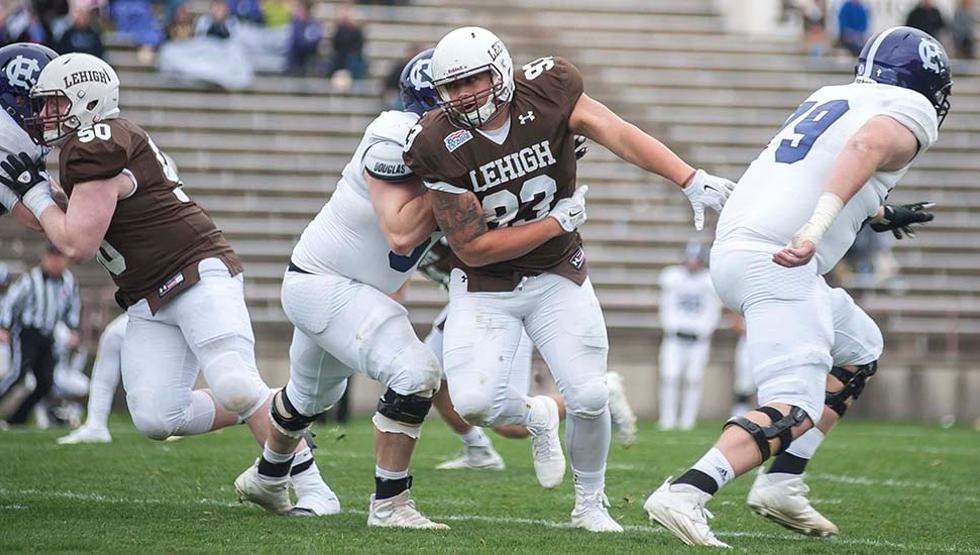 5. Who will rise to start on the defensive line?  Senior DL Julian Lynn, senior DL Juwan Morrow and senior DL Harrison Kauffman seem like they will have some role on the defensive front going into 2018.  But it feels like all of these positions on the two-deep are somewhat up for grabs.

Junior NG Colin Nace, sophomore DL Zach Troxell, sophomore DL Jack Kircher, sophomore DL Jason Dooling and junior DL Matt Predergast will all be in fierce competition for those precious two-deep slots, and certainly one of the areas which will undoubtedly be a point of emphasis is pass rushing, where the Mountain Hawks only notched 10 sacks in 12 games last season.  If one of more of this group can get some consistent push and pressure on the quarterbacks this spring, I could see that really giving them a leg up as camp opens this August.