If you're anything like me, you're probably wondering what to watch when there's no Lehigh football game to attend or view on a fall weekend.

From the early morning College Gameday at Happy Valley to Colorado/Washington State "Pac 12 After Dark", there are a boatload of different opportunities to immerse yourself in the wild, wonderful world of college football.

Every week on College Sports Journal, I compile a list of links of every live internet stream that the NFF College Football Broadcast schedule puts out.  But this week, you don't even need to go there, because everything you'll need, Patriot League, FCS, or FBS, I'll have right here. 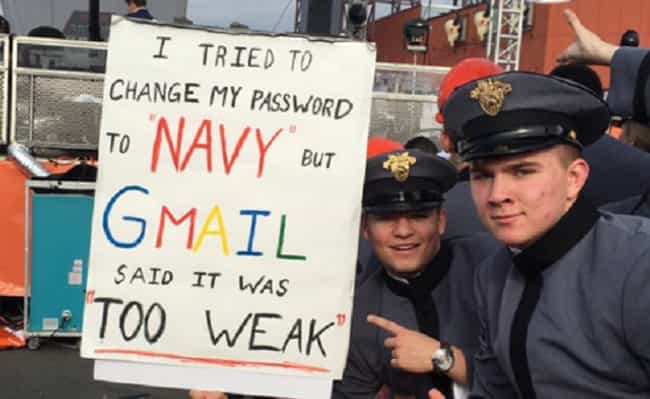 ESPN College Football Gameday (sponsored by the Home Depot)  is still the linchpin of all the day's college football coverage, hosted by Lee Corso, Kirk Herbstreit, Desmond Howard, and others.  What makes this week's Gameday so compelling to folks in this area is the fact that Penn State will be hosting Gameday, the signs, and the atmosphere that kicks off the official college football weekend.  Though I am still a tad bit disappointed that I wasn't invited to discuss Lehigh's 106-0 win over Penn State back in 1889 (yes, this really did happen), there's still a decent chance that there's a Lehigh, Lafayette, or Patriot League shout-out on the program, so it's worth tuning in.

(Last week, Gameday was at James Madison, the No. 1 FCS team in the nation, as they were facing off against Villanova.  It was a great success.)

This week sees three games that are extremely pertinent to the Patriot League title race.  For the Mountain Hawks, or any Patriot League school at this point, the only way a team will be able to qualify for postseason play will be through the Patriot League's autobid.  Lehigh (2-0) and Lafayette (2-0) are the only teams still undefeated in league play, so for all the other teams, a loss would be disastrous to their chances at the title.

In the world of the FCS, especially in the East, the most interesting game of the week is a battle of unbeaten Ivy League teams.  Dartmouth and Columbia are both 5-0 and facing off to see which team has the inside track to the title.  The Ivy League Champion (for some unjustifiable reason) does not choose to participate in the FCS playoffs, so this is the closest thing to an elite matchup that the Ivy League has.

Local FBS teams Rutgers, UConn Temple, and Army play early, while an interesting UCF/Navy matchup looms at 3:30 PM as well.  On the polar opposite end of the spectrum, winless Georgia Southern takes on winless UMass in Amherst, in case you were wondering how both of these former I-AA National Champions are working out since they've gone to FBS.

In the evening, of course, is the matchup of the day in college football: Michigan at Penn State at 7:30 PM.  And if you can't get to sleep after the Penn State game?  That's when Colorado/Washington State comes on to help you slumber.

Anonymous said…
A couple of amazing stories to be told out there, Chuck.

1. The obvious- Penn State, how they came back from the dead to where they are now, with a very decent chance of winning the FBS championship.

2. *** An even better story, an FCS story, an amazing story of the Columbia Lions in 2017. One of the absolute worst FCS teams I ever saw a few years ago when they played the Mountain Hawks in one of the worst played games ever. Look where they are now- a very, very good shot of winning the Ivy League. Chuck, I hope you can pen something about this incredible story sometime soon...
12:13 PM