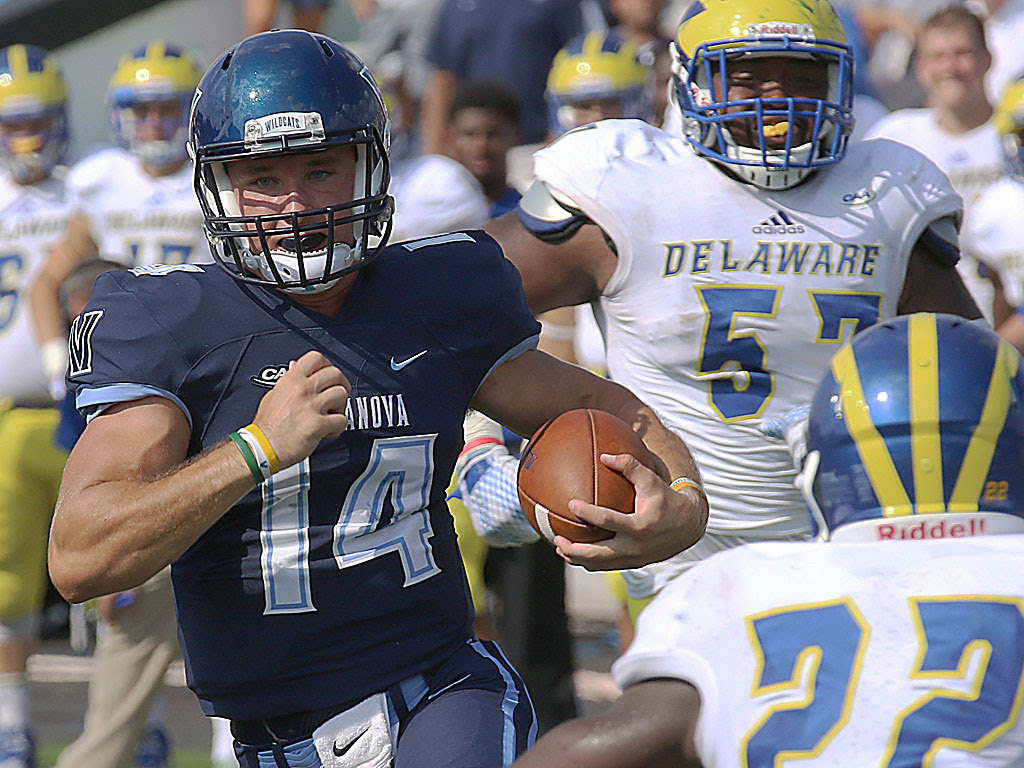 Writing a season preview about Villanova used to be the easiest job in the world.

Just grab your boilerplate biographical information about future hall-of-fame head coach Andy Talley, do a little Googling of the Wildcat's next up-and-coming NFL prospects, come up with a dozen synonyms for the words "tough" and "challenge", and the preview basically writes itself.

But this season's task of facing Villanova is simply different than all of those other years.  Talley, the only coach Villanova has ever known since restarting their football program in 1985 after a failed attempt to pull the plug on it in 1981 in the middle of spring practice, has finally retired from the head coaching ranks.  While the same familiar trappings of high preseason rankings and potential NFL prospects remain, their new head coach, longtime Talley assistant Mark Ferrante, is now running the Wildcats and will be seeking his first win as a collegiate head football coach.

The three things that are certain is that the Wildcats are ranked No. 10 in the STATS FCS Top 25 Poll to start the year, that they're ranked No. 9 in the FCS Coaches' Poll, and that when they come and visit Murray Goodman Stadium on September 2nd at 12:30 PM, they'll be playing Lehigh in a battle between Top 25 teams.

When Lehigh and Villanova face off against each other, there's definitely the smell of a sort-of rivalry in the air.

It's not the Rivalry with Lafayette, of course - nothing can compare to that, the academic neighbor that has played you 153 times in football over a 133 year period.

But Villanova and Lehigh's institutional similarities - and overlap of recruiting areas, in some instances - gives extra juice to this matchup that goes beyond the fact that they will be Top 25 teams squaring off in a critical game to start the season.

When you look at Villanova's and Lehigh's rosters, you see a lot of the same high schools in the Pennsylvania and New Jersey areas: Hopewell Valley, NJ; Bishop Guilfoyle, Altoona, PA; and a slew of high schools in the area of both schools, including Central Bucks West, Neshaminy, Council Rock North, New Hope, and even Liberty High School in Bethlehem, Lehigh's backyard.

Both Lehigh and Villanova recruit this corridor very hard, and frequently find themselves offering scholarships to the same high-academic kids - and can bring high school rivalries up to the FCS level as well.

What's kept it from become more of a rivalry is Villanova's relative dominance in the series, however.  Though the Wildcats lead the overall series 8-5, that obscures the fact that four of the five Lehigh victories came before World War II, with only one win, a shocking 31-28 upset back in 2008, happening in the modern era.

Many of Lehigh's losses came at the hands of some very good Villanova teams ones that, like this year's team, had high preseason rankings.  In 2009, when Lehigh lost 38-17 on the main line, the Wildcats would win their first and only FCS National Championship with a future Major League baseball player, RB Matt Szczur, as a huge contributor.

And last season Villanova's season was terrific, only losing in the regular season to an ACC school (Pitt), two FCS Playoff teams (Richmond, South Dakota State) and the eventual FCS National Champions (James Madison).  Every year Villanova goes out to measure themselves on the national stage, and under Ferrante, that will continue.

Even with Villanova's strong national presence, there have been a bunch of Lehigh/Villanova games that have gone down to the wire, most notably last season's game, where the Mountain Hawks had the ball with a chance to take the lead late in the 4th quarter, but couldn't get the yards on 4th down they needed, and fell 26-21.

In 2017, Villanova's lofty perch in the preseason Top 25 was aided primarily by the return of their starting quarterback of the last two years, QB Zach Bednarczyk, who enters his junior campaign in his third year as a starter.

Zach made his mark last season with both his arm (2,138 yards passing, 19 TDs) and his legs (539 yards, 2 TDs), but he became less of a run-first sort of signalcaller last season and morphed into a more dual-threat QB that took care of the ball pretty well.  Against Lehigh last season, he didn't make so much of an impression with his passing (56 yards) or even his rushing (92 yards) but with his lack of turnovers (0 interceptions, 0 fumbles) and his overall leadership of the offense.

The running back that devastated Lehigh last season, RB Javon White, has graduated (who ran for 155 yards and 2 TDs), but plenty of the many interchangeable parts that make up the Villanova offense do return, most notably WR Taurus Phillips, WR Jarrett McClenton, TE Ryan Bell, and WR Alex Padovani, all four of whom caught passes against Lehigh last season.

And there's every indication that head coach Mark Ferrante, who was a player under Talley at St. Lawrence (NY), will be a seamless transition from the Talley era, especially on offense where Ferrante coached the centerpiece of the Wildcat offense - an offensive line that has boasted the likes of OL Ben Ijalana.

"I never really thought about if it didn't happen, or when will it happen," he said when he was offered the job back in January 2016, after establishing that 2016 would be Talley's final season on the Villanova sideline. "You get to an age where sometimes you want to go run your own program. Fortunately for me, I was able to still accomplish that goal, even if it took a little longer, at a place that I love.  I look at it as more of a continuation, not a replacement. He taught me the ropes. I never did campaign for this. I just went about my day-to-day business."

On defense, Villanova might need some retooling, as they've graduated two players in NFL camps, DE Tanoh Kpassagnon and LB Austin Calitro.  But that doesn't mean the cupboard is bare by any means, as S Rob Rolle, a 1st team STATS all-American, will be anchoring the Wildcat defense.