Lehigh's 2017 Spring Season To Feature Continuity On Offense And Special Teams, Even With Different Coaches

There's a lot of excitement in Lehigh Nation about the upcoming spring football season as the Mountain Hawks look to defend their Patriot League Championship.

Some things will be very familiar: watching RB Dominick Bragalone running the football, WR Gatlin Casey and WR Troy Pelletier catching them, and C Brandon Short anchoring the offensive line.  Even Lehigh's quarterback, QB Brad Mayes, will be a very familiar face, considering that he's already spent a lot of time on the field the last two years.

But elsewhere, there's a lot of newness - as is common for many FCS programs this time of year.

So this Spring, in defense of their Patriot League Championship, what's in store?  Start off with some staff promotions from within that should mean some continuity from last season to this season. 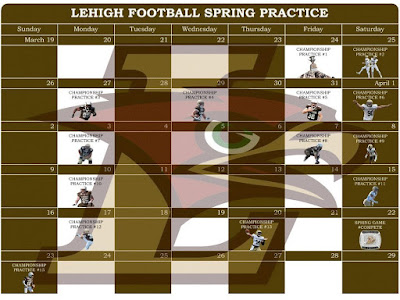 Earlier in the month, head coach Andy Coen talked with the press about some of the staff changes.

Many knew that Folmar had decided to leave to take over the offensive coordinator position at Elon, but didn't know who was going to take over the position: someone from the outside or a promotion from within.

"On offense, Drew and Scott were like hand-in-glove with each other, preparing game plans and those types of things," Coen said to the assembled media. "The kids understand that their coaches leave at times. There were a couple of questions by parents [during the recruiting process], but we're not changing the offense. We're not doing anything different from before."

Brisson will certainly put his own spin on the offense, certainly, but the main thrust of what Lehigh's offense has been doing will not change that much.  It's still mostly veterans in the skill positions executing what is basically the same offense, and this spring season should be a continuing development of that.

Brisson's recruiting coordinator role was given to second year defensive coach A.J. Reisig, so Scott can focus full-time on the offense.

With that announcement in February, coach Coen had to work to add several new coordinator roles which opened up from Brisson's promotion.  In February, he said he had to sort through more than one hundred applications for the new openings.

This week, Lehigh announced the new names on offense: Tim McGorry, who was offensive coordinator at nearby Moravian College, and John Sibel, who was the wide receivers coach at Susquehanna University. Both schools compete in Division III in the Centennial conference. 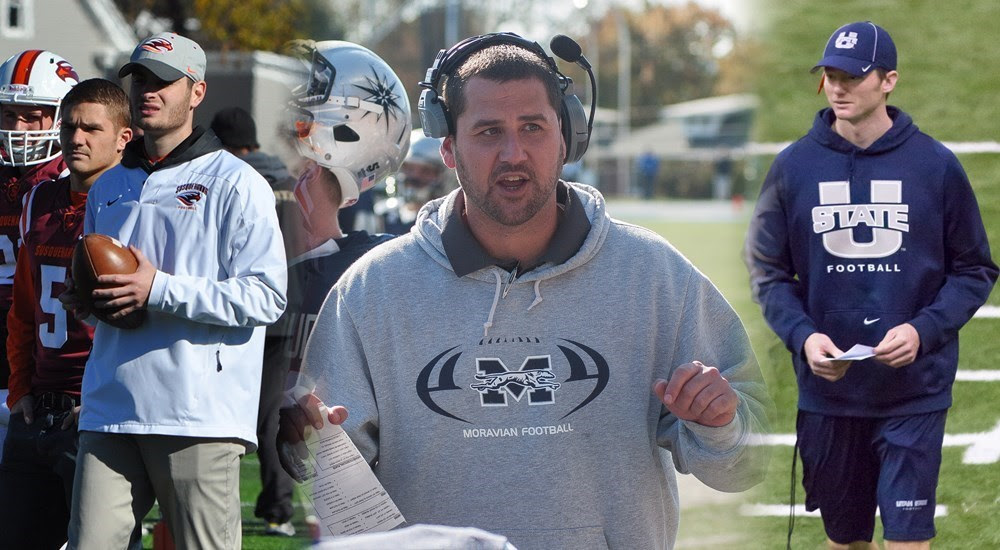 "[McGorry] is somebody who's really close to the Lehigh Valley, and he's done a great job wherever he's been," Coen said in Lehigh's official release. "He spent a lot of time in the high school ranks in the Lehigh Valley, and at Moravian, his offense is very close to the style of offense that we run here, and that's why he was a very good fit for us."

For the spring, McGorry and Sibel inherit some players that know the ropes and also know an offensive system that won't see too much fundamental change from last season.  There will be some differences when practice starts, as QB Brad Mayes will be working first-team reps instead of second-team reps, but it should be mostly the same cast of characters at the skill positions as the hard work of Patriot League Championship defense begins.

On defense, the coach of the secondary last year, Craig Sutyak, has been promoted to defensive coordinator while Joe Bottiglieri, who handled that position for the last three years, will take on the role of Senior Advisor to the Defensive Staff.  It's still a role that covers the whole defense.

"It's the same title that Dick Lebeau had with the Steelers," Coen explained. "Their roles are going to be exactly the same. Joe is going to have a little more time to walk around and see everybody and not just be tied into linebackers.  I was very impressed with how well coach Bottiglieri and coach Sutyak worked together. With these factors in mind I worked with both coaches to make changes regarding titles."

Additionally, with special teams coordinator Ryan Dougherty going to Oklahoma, there was also a another position to fill.

Enter in Nate Przestrzelski, who worked several years ago under another former Lehigh coach, Dave Ungerer, to take over that position.

"(Przestrzelski)'s ability will be working really close with all of our specialists, and I think he's really somebody who can help the young guys that we have in the specialists group and obviously help continue to make PK Eddie Mish a very good specialist for us," Coen said in Lehigh's press release. "A big part of Nate's job here will be to help develop the younger skill players that we have that we need to develop, and Nate will also have the title of special teams coordinator."

Mish thrived under Dougherty's tutelage, handling all the kicking and punting for the Mountain Hawks and receiving first team all-Patriot League honors for his efforts.  Last season, he set a school record, making 62 of 62 extra point attempts, and also making 6 of 10 field goals, his longest a 42 yarder.  He also averaged 43 yards per punt, and had 10 punts that went more than 50 yards.

It's with that backdrop as we enter the spring.  It's the spring where Patriot League Championships are built, and the new offensive and special teams coaching staff are ready to hit the ground running.

And with the season opener against Villanova a short 162 days away, the time to start preparing is now.