FCS Games You Should Follow On Your Bye Week Lehigh's bowl game comes next weekend, of course, as they take on Lafayette in the 152nd meeting of The Rivarly in Easton.  After that bowl game, though, comes the FCS playoffs, and until the FCS Playoff Bracket is announced on Sunday at 11:00 AM after the Lafayette game, we don't know where, or when, Lehigh will play their playoff game.

Don't fret, football fans.  LFN is here with a warm cup of chicken noodle soup, a nice grilled cheese sandwich with the crusts cut off, and a schedule, complete with links, involving the most important FCS games on the schedule that will impact Lehigh's postseason schedule the most.

Sit back.  Enjoy your soup.  LFN's here to help you for this Saturday.


Games With The Biggest Impact On Lehigh

LFN is going to go into these games with the following philosophy: that to the FCS playoff committee, regionalization still matters, and that Lehigh's game will be determined in part due to proximity of certain opponents. 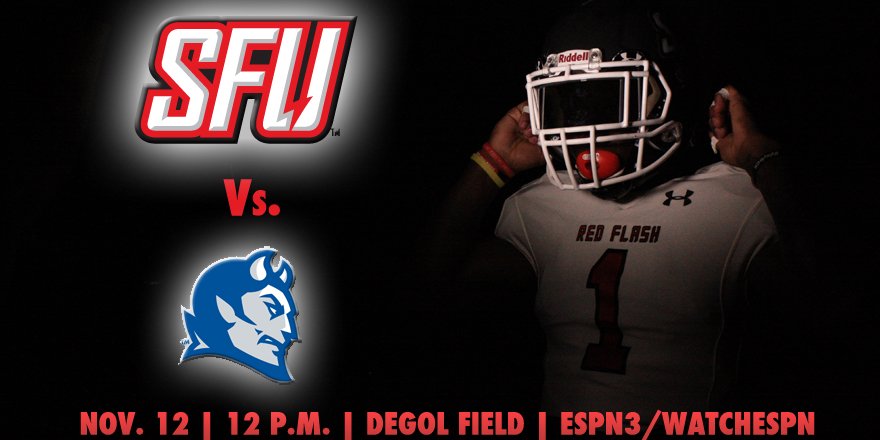 Outcome: If the Red Flash take care of business against 2-7 CCSU, St. Francis (PA) will have won their first NEC title and will enter the FCS playoffs for the first time.

Impacts: St. Francis (PA) will be a team that plays in the 1st round and could potentially be sent to Lehigh.  They may end up being the first team regional to Lehigh to officially make it. 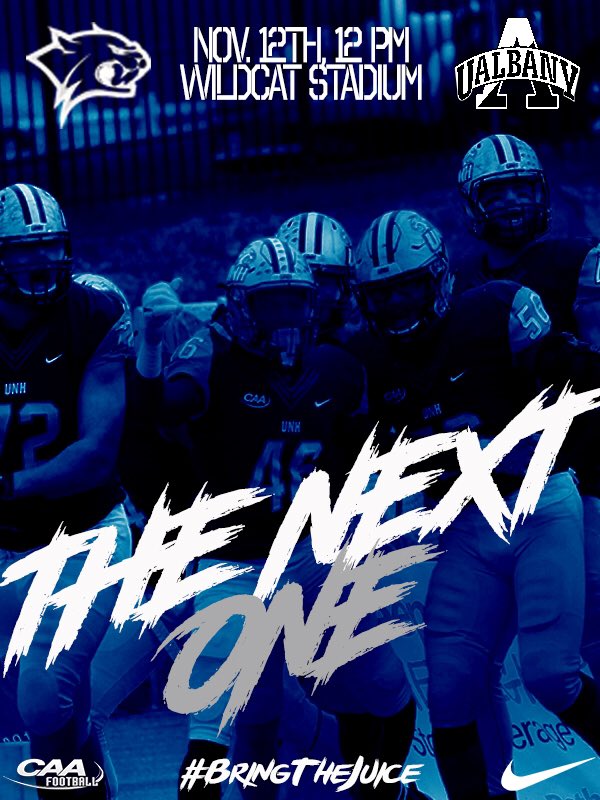 Outcome: Is this in essence a playoff game for both teams?  I feel like it is.  If 5-4 Albany wins, it would keep their postseason hopes alive and simultaneously put a potential crimp in New Hampshire's postseason hopes, never mind CAA Championship hopes.  If the 6-3 Wildcats prevail, it would solidify their standing in the postseason picture, and also give them a real shot at the CAA title, and possibly a seed, and essentially eliminate Albany from contention.

Impacts: If Albany were to run the table, at 7-4 they would have to be considered a decent bubble team, with one bad loss (Delaware) but several solid wins against an FBS team (Buffalo) and some possible playoff teams (St. Francis (PA), New Hampshire, Stony Brook).  It would also have the happy aftereffect of pushing New Hampshire into a possible winner-take-all Rivalry game against Maine for a possible playoff spot. 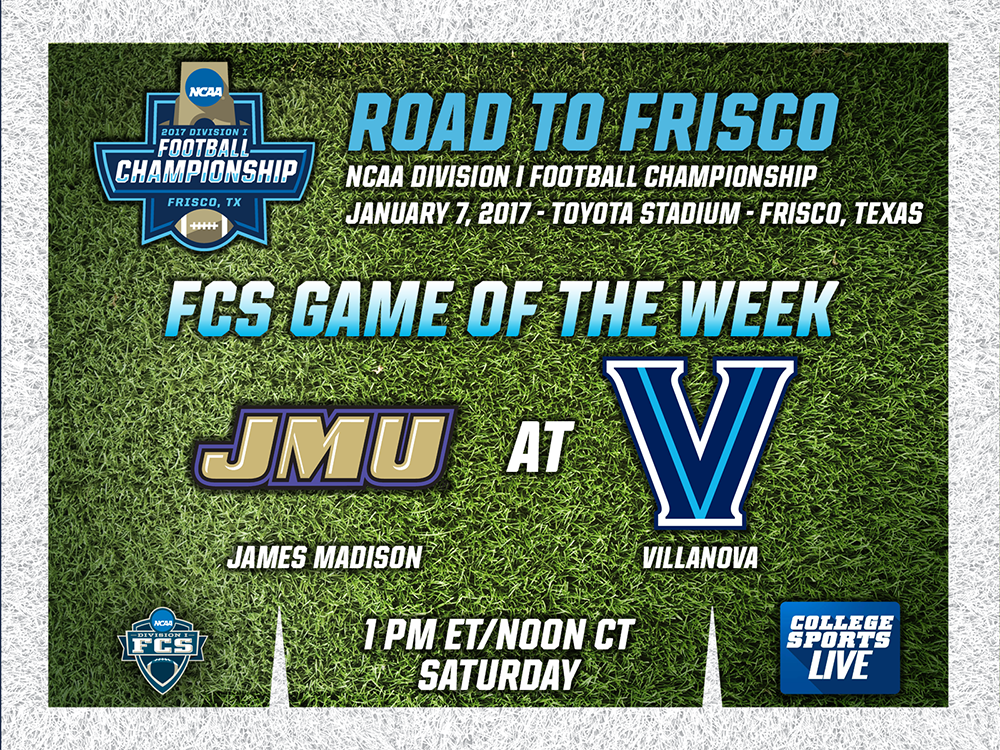 Outcome: If 8-1 James Madison wins, they will clinch no worse than a share of the CAA title and would clinch the CAA's autobid, almost certainly locking up a seed, and possibly pushing Villanova to 7-3 and into the pool of at-large candidates for the playoffs.  If 7-2 Villanova wins, they will have a shot to win the CAA's autobid, and may very well be in the conversation for a seed, while James Madison's status in the seeding race would be more uncertain.

Impacts: In terms of a Lehigh home game, one positive outcome in this game would be Villanova upsetting the Dukes, the dream being something like Villanova and James Madison both ending up with seeds in the end.  However, depending on the outcomes of other games, a Villanova loss could potentially elevate Lehigh's slim chances at getting a low seed, making the impact somewhat uncertain.

If James Madison were to lose twice, they could enter into the at-large playoff pool despite being ranked No. 5 in the latest seedings.  But even if they go 1-1 they could possibly be in the mix for seeding, along with Villanova.  Either way, James Madison is almost certainly in the playoffs already. 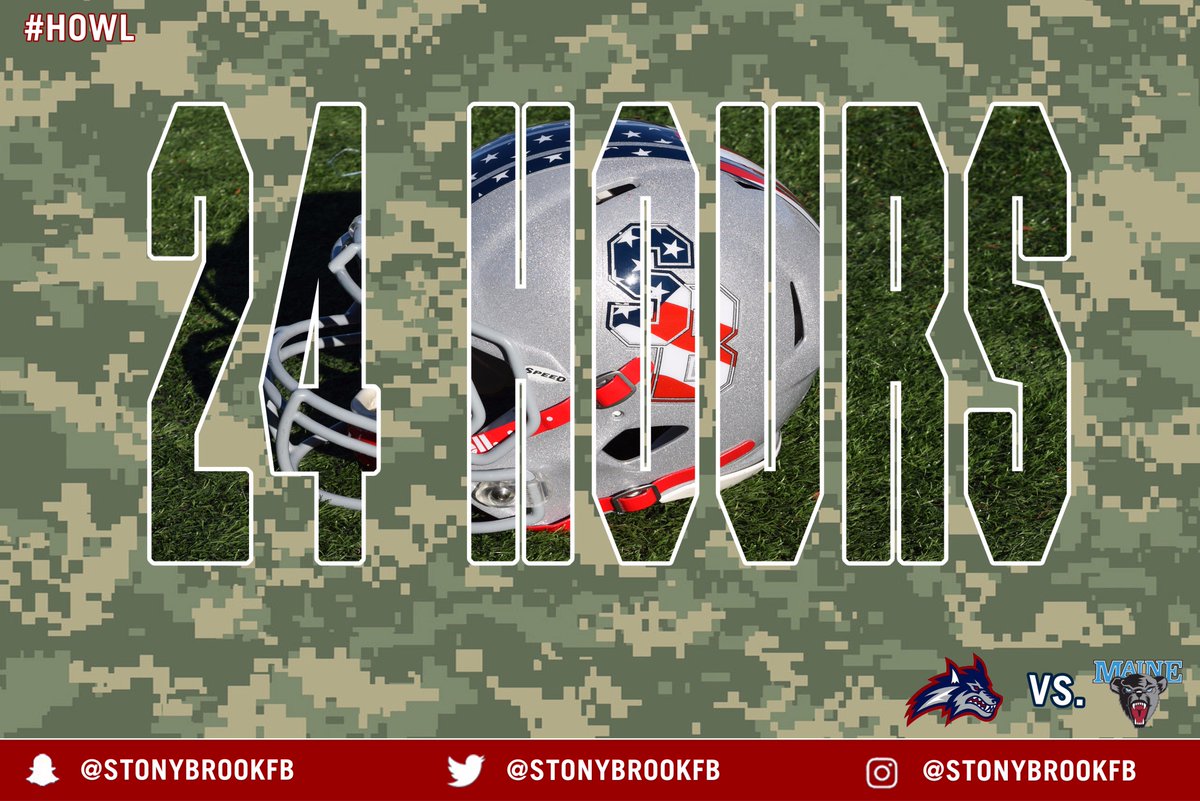 Outcome:  Simply put, the winner of this game stays alive in the postseason hunt, and the loser is almost certainly out.  Both teams are at 5-4 and it will probably take a 7-4 record for either team to make the field safely.

Impacts:  If either team runs the table, they could be a potential Lehigh opponent as a 7-4 team.  If either team loses once, they will probably be on the outside looking in.  If Stony Brook makes it, they'd probably be a short road trip for Lehigh.  If Maine makes it, they'd be an interesting case, because they would likely need to fly to a 1st round game (or fly someone into Orono, Maine).  Unless they play New Hampshire... whom they close the season with.

Games With Possible Impact On Lehigh

LFN goes into these games with the idea that, they could potentially affect the surroundings of Lehigh's first or second-round opponents. 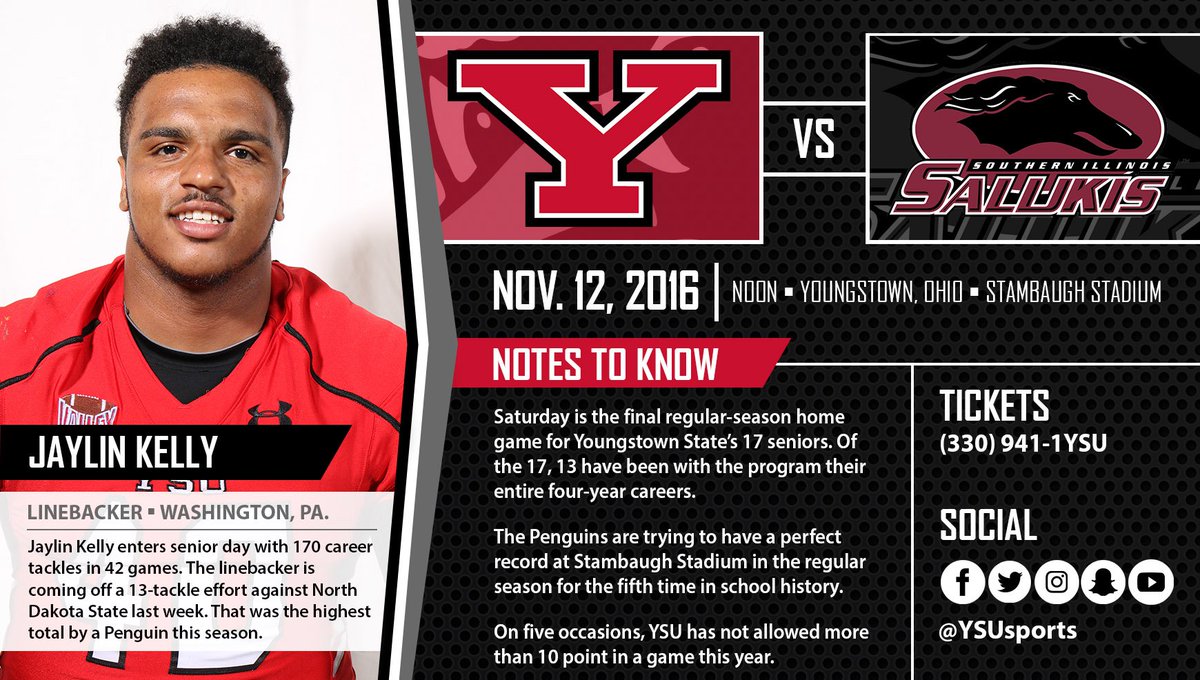 Outcome: If the Penguins take care of business against 3-6 Southern Illinois, Youngstown would sit at 7-3 and be a strong contender for an at-large bid, and would stay alive for a slim shot at a No. 7 or No. 8 seed in the FCS playoff field.  Lose, and they could be in a must-win situation the following week to even qualify as an at-large team. 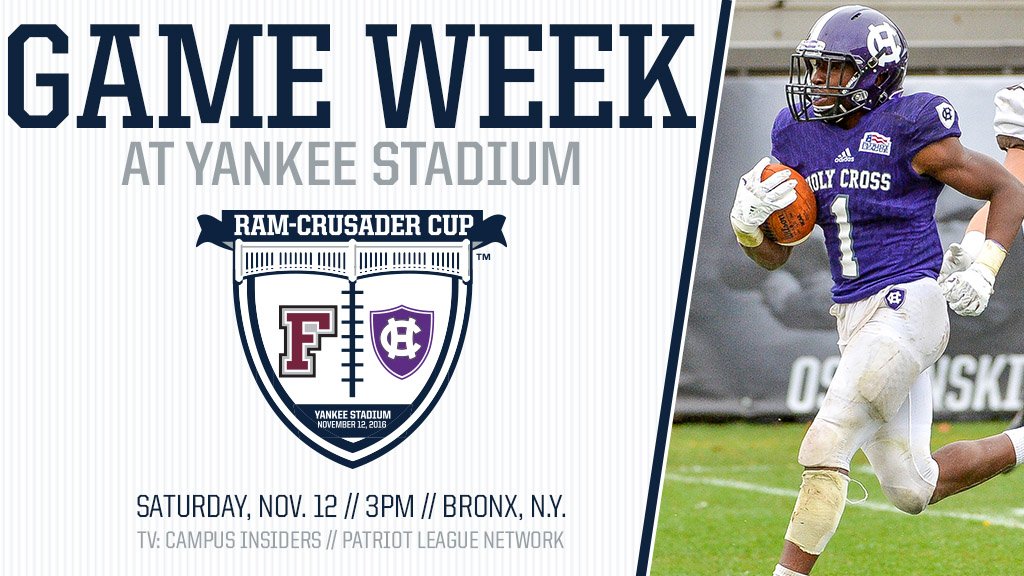 Outcome: As everyone reading this knows, this game has no impact in the Patriot League autobid race - Lehigh has wrapped that up already.  This does have an impact, though, in any possible co-championship possibility that Fordham might have, as well as their postseason hopes.  If they can beat 4-6 Holy Cross in an incredible atmosphere in the Bronx, they keep both chances alive.

Impacts:  If Holy Cross beats Fordham, they can remove the "co-" from Lehigh's Patriot League Champions t-shirts, and remove Fordham from the at-large board for the FCS Playoffs.  If they win, the Rams stay alive on the bubble, probably needing other teams to go down in order to have a chance. 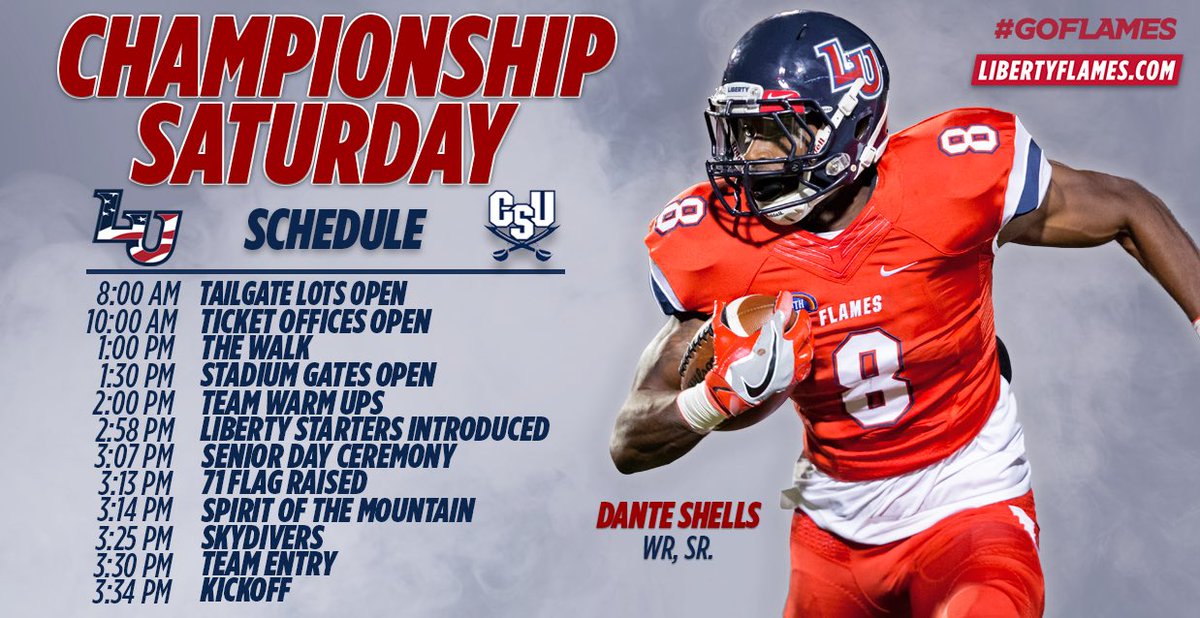 Outcome: In determining the autobid for the Big South, this is the game of the year.  If 6-3 Liberty wins, they become Big South champs and win the autobid, while forcing Charleston Southern to actually looking more and more like a bubble team.  If the 5-3 Bucs win, they would hold the tiebreaker over Liberty and would need to win the following week to make it official.

Impacts: If Liberty is the team that wins the autobid, Lehigh could potentially be sent there in a playoff game (slim chance) but could also be a destination for another local team (Richmond) that could affect Lehigh's placement.  If Charleston Southern wins, it could remove Liberty from at-large consideration entirely.