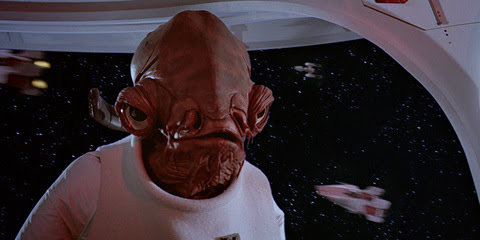 Senior QB Nick Shanfisky called them "motivation games", and it's clear during this four game winning streak motivation hasn't been lacking for this Lehigh football team.

Start with Penn, where it was critical for the Mountain Hawks to avoid an 0-3 hole.  Then proceed to Princeton, where the defense gave up 52 points last season in a loss; to the Yale Bowl, where two years ago no less than five players came down with injuries in another loss; and of course Colgate, where last season the Raiders' stop at the goal line preserved their 49-42 victory and snatched a Patriot League title that was within the Mountain Hawks' grasp.

At 4-2, and in the drivers' seat, along comes a game for Lehigh at Georgetown, which by any measure doesn't have the same types of motivation that fueled this four game winning streak.

Not that there's no motivation, mind you.  Conference games count for more than games against Yale, or Monmouth.

But you can't blame folks for looking at this Georgetown and fearing a letdown, a quintessential "trap game".  In the last four games, they were all motivation games - games fueled by either a desperation to get the season on track, or a continuation of track with a side order of revenge.  This one is different - and thus, oddly enough, more dangerous.

Admiral Ackbar might correctly identify this game as a classic trap.


If you look at the record, it's clear: Georgetown hasn't beaten Lehigh since they joined the Patriot League as an associate member in 2001.

But that doesn't mean that this series hasn't had its share of scrapes that could have gone the other direction.

In the last two years, Lehigh has beaten Georgetown only due to defensive stops late in the game to preserve victories.

Last season, Lehigh held on for a 33-28 win at Murray Goodman.

"Having cut the margin to 27-21, on the brink of possibly beating Lehigh in Bethlehem for the first time in the modern era," I wrote, "Georgetown head coach Rob Sgarlata rolled the dice, and attempted an onsides kick with 14:55 to play in the game.  But LB Evan Harvey saw the onsides kick the whole way, and expertly grabbed the ball with both hands and fell down on the ball.  It was plays like that that won the game."

"After Lehigh's final offensive drive stalled and the Mountain Hawks had to punt," I wrote, "it was LB Colton Caslow and DL Tim Newton who made key tackles on the Hoyas' final drive.  Caslow would end the afternoon with 12 tackles, while Newton would have 5 tackles, but none bigger that the one on 4th-and-1 that would seal the victory for Lehigh this afternoon."

So if you take the incredible winning streak aside, and look at its component parts, you get a much better picture of a Hoya team that has been a lot closer to winning what would amount to a Super Bowl for their program, a modern era victory against Lehigh.  The Hoyas can count wins since 2001 against Bucknell, Holy Cross, Lafayette, Colgate, and Fordham, but not Lehigh.

On the plus side, every Lehigh starter should know not to fall into the Georgetown trap, as long as they remember what sort of effort it took to beat Georgetown each of the last three years.

"We're not taking any of our opponents lightly," senior CB Brandon Leaks told WFMZ 69 this week.  "We're making sure we're keeping on top of what they do, what we can do, our strengths, their strengths, our weaknesses, their weaknesses.  I'm excited to go, see what they offer us.  They'll be ready to play."

Of that there is little doubt - and the fact that 3-2 Georgetown hasn't played a single conference game yet is also critical.

Three years ago, Bucknell kicked off a run at the Patriot League title at home after they spanked Lehgih 48-10, winning for the first time vs. Lehigh in sixteen years.

That's the visions that the Hoyas have in their heads this week - a similar type win that pushes them towards a run to the title.  That's exactly what this Mountain Hawk football team needs to keep telling themselves this week.

With the injury to freshman DB Kareem Montgomery - he's tentatively out for three to four weeks, according to coach Andy Coen - Lehigh finds itself thin in the secondary.

"We're about all tapped out in terms of players in the secondary," coach Coen told Keith Groller of The Morning Call this week. "We can't afford many more losses. We already have freshman S Riley O'Neil playing as a starter as a freshman and some other freshmen who are going to be second-team guys for us. It's a little scary that way, but the kids keep moving forward and doing a good job."

Last week, senior DB Laquan Lambert stepped right in when Montgomery went down early vs. Colgate and played a fantastic game, and was singled out for his solid performance after the game.  Nursing an injury the first four weeks of the season, coach Coen said he was finally 100% against Colgate, and he showed no signs of injury last Saturday, so he should be full stop vs. Georgetown this week.  That's great news, considering the injuries that are mounting.

Junior CB Quentin Jones, who is taking a leave of absence to recuperate at home from his scary injury at Yale, was replaced by sophomore CB Donavon Harris, who did a really good job as well last week and will be fully expected to do the same again this week.  Freshman CB Marquis Wilson will be backing him up on the depth chart, increasing the total number of freshman on the two-deep to five players.

Lehigh's relative luck in regards to gameday weather appears set to continue this weekend in DC, with high temperatures in the mid-60s and a mostly sunny day.  It's going to get into the high 40s at night, but that shouldn't prevent fabulous tailgate weather and great gameday temps.

There is a Lehigh at Georgetown Tailgate available for Lehigh Alumni on the Regents Lawn next to Cooper Field.

Tickets for the tailgate are $40 and the party starts at 11:00 before the 2PM kickoff.  This does not appear to include game tickets, which are sold out in association with this game, but can be bought through Georgetown's ticket office and may be available the day of the game.  Seating and parking at Georgetown is limited, though, so you might want to contact the Georgetown Ticket Office through this link if you want to be sure to have tickets.

The menu includes pulled chicken, pulled pork and BBQ beans, three of the five food groups on the LFN tailgate food pyramid.  (In case you were wondering, cornbread and beer are the other two.)

Parking is available in the Southwest Garage on the main campus of Georgetown University. To access the garage, please enter through the Canal Road entrance. Parking is free on weekends.  However, I'd suggest getting there early.  Getting to DC by car from the Valley is not an easy feat, and the earlier you get to that parking, the better.

What is it about the Trumps and Lehigh opponents this year?

Oddly enough, two more Trump kids also have Georgetown connections as well.  The first is Eric Trump, who graduated "with honors" from there, and Ivanka Trump, who was a Hoya for two years before transferring to... where else?.... Wharton at Penn to complete her education.

Eric Trump may seem like a bit of a black sheep of the family due to his Hoya connections - I mean, isn't it a family tradition to transfer to Wharton after your sophomore year? - but he's not only the president of the Trump Winery: he's very active at Georgetown, sitting on its advisory board at only 32 years of age.

There's a simple formula to my Drinks of the Week: if it worked last year, i.e. the result of picking my Drink of the Week results in a Lehigh victory, it will hopefully work again this year.  Basically, I usually like to go with what got me here.

The Hoya has got me here.  It's done a great job delivering wins in the past, and I'm hoping it's got another win in it this week.

The Hoya is one part orange juice, 2 parts gin, and 3 parts ginger ale.  I've had this before, of course; my preference is, I like to dial down the sweetness a bit with a splash of lime juice.  Another option is a splash of lime juice and maybe subbing out 1 part of the ginger ale with club soda - your choice for a drink with a bit less sweetness and a bit more bitters.

This is a nice drink because it's not too overloaded with alcohol, either, making it nice for tailgating.  Tequila Sunrises and Kamikazes in the morning can be rough.  The Hoyas is mellower.  Some might even call it Casual.  Here at LFN, we like Casual.