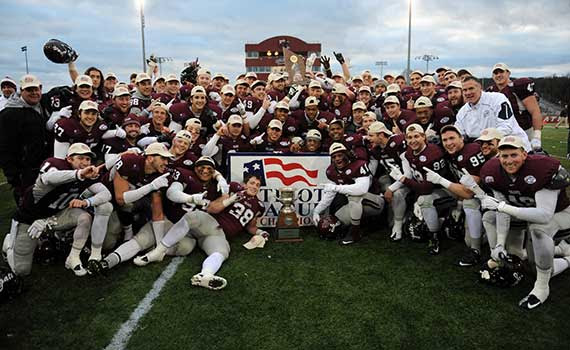 The office seemed a lot lighter than it once was.  A committee member looked around, and saw the regular piles of computer printouts, spilled fax ink, and opened folders.  Only a radio blaring Extreme's "More than Words" could be heard.

"Where are they," he wondered?  "This had better not be another audit."

Looking outside, he saw the Committee members outside.  There was a new food truck there.  Curious, he went out to see.

"I'll have a three-pack of fish tacos with crema," he asked the food truck operator.

He enjoyed the tacos and stopped in the men's room to check his teeth.  Green things in there.  Good thing he remembered to bring his toothbrush.

"That reminds me," he thought.


THE GOOD:  The Artists Formerly Known as the Red Raiders emerged late in the year to fend off all the title challengers and also win two games in the FCS playoffs, becoming the first Patriot League team to do so since Colgate ran all the way to the national championship game in 2003.

Looking over the overall roster of the defending champions of the Patriot League, it's clear that the Maroons didn't only need good players to replace some of the great talent from last year's squad - they needed a lot of players, period.  needed bodies, and they got them in a large recruiting slate.

THE BAD: This isn't unique to the incoming class to the Raiders of the Chenango Valley, but considering that Colgate's class was so large - the big shocker was the lack of "star power" in the incoming class.  There were a lot of incoming athletes that had pages on the major recruiting websites, which was good, but only two starred recruits generated almost all of the Patsy Points - again.

(That is, until a major surprise happened.  See the adjustment below.)

PATSY POINT CALCULATION
CLASS SIZE: 4.  Dan Hunt's class is 23 recruits, well past the minimum for Patsy Points and generating a couple more on top of that.

QUALITY: 19.  Of those 23, only 9 yielded quality points.  That's a 39% conversion rate on recruits. Some years that sort of percentage would be a deep concern.  However, in the Patsy Points thus far in the 2016 season, 39% is merely below average.

"How is this possible?" one irascible Committee member said.  "Two years ago, Colgate trotted out a class that yielded more quality points that the Patsy Points that were generated this year by the Maroon!  That famous 2014 class had eight starred recruits.  Three of the members of that class (not all starred recruits) ended up as starters on this year's championship team, and a grand total of eight of them saw the field in the second round victory at James Madison."

Members of the Committee looked around, and shrugged, unable to come up with adequate answers.

DISTRIBUTION: 9.   Every position was covered in this category.

TRIGGER: 3.  "The Patsy Helper" came through for the HooDoos with a two-star QB, generating points here.

SPEED: 1.  Four recruits had speed information published about them, but only one had a strong-enough number to generate speed points.

JUMBO: 4.  While some Committee members lobbied for their 300 lb defensive line recruit to have two Jumbo points, as per Patsy rule he only was allowed one point for beating weight.  Overall, 1 out of 2 defensive linemen made weight, and 3 out of 4 made weight..

2.  LB: 2 (out of 4).  Very similar looking to OL, LB yielded exactly the depth they needed, and also had profiles on a lot of the sites.  But again, no stars, so difficult to have them get more than two points here.

3. DL: 2 (out of 3).  "Officially", only two defensive linemen were considered here in terms of "needs points".  That's because "officially", the Patsies always take the first position listed on the official release when two positions are listed.  That meant the TE/DE "counted" as a TE.

Still, 2 out of 3 can be considered a fair assessment of the need anyway.  Of the two recruits, one had a profile in the recruiting services, and another tipped the Jumbo scales. 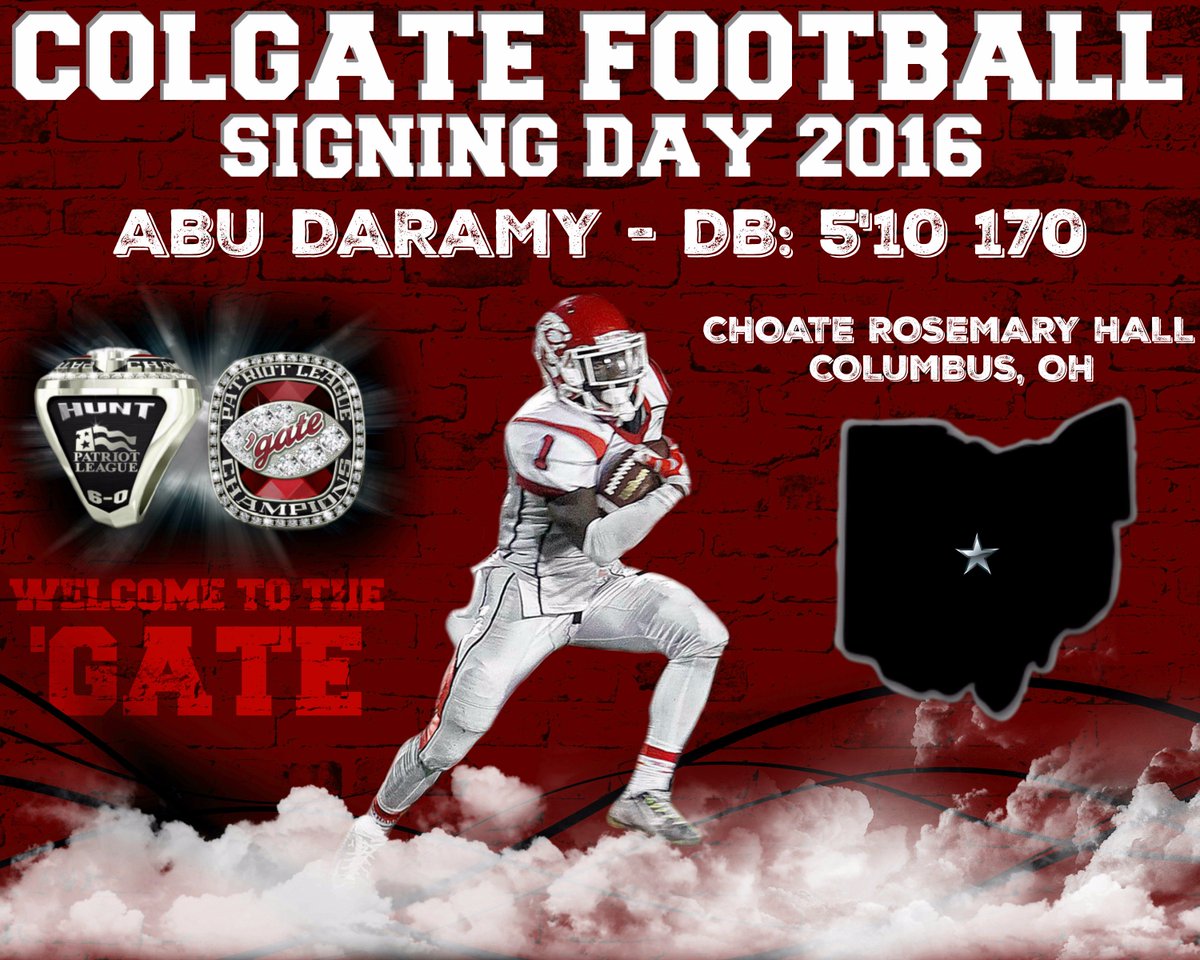 ADJUSTMENT: +10.  The release had gone out for Colgate's class.  Needs were assessed; the spreadsheet was closed, archived, and put on the thumb drive and ready to be driven to the salt flats for historical safekeeping.

Then, very late, a Committee member ran in.

"STOP!" she said, with a printout of a player.

"What is this?" another Committee member said.

It was a printout of a Colgate recruit.

"Where did you get this?" he asked.

"From head coach Dan Hunt's Twitter Feed," she said.  "Apparently he was a late signee.  A very good one, too.  By our calculations he would yield ten Patsy Points - he's a three-star recruit, confirmed, eight Patsy points, plus two for speed information."

"You know the rules," he said.  "No points unless they're on an official release, with heights and weights.  Even a roster spot would be OK, but as of today, he's not on the roster."

"But we can't just ignore him," she implored.  "This isn't just any old player.  This guy is a big deal, ranked, with offers and stars.  Shouldn't a tweet from the head coach be enough to give them the points?"

This caused a giant stir in the Committee offices.  How do you not recognize a guy with such obvious Patsy Point material?  After all, the whole point of the Patsy system is to rank the entire class.  However, the rules are there for a reason.  The Committee can barely handle fax machines, let alone trolling Twitter for recruit information.

The Committee made the decision that the way this would have to be handled is to give Colgate the entire amount of the Patsy Point value of the recruit through the dreaded "Committee Adjustment".  The Committee also realizes that this is a dangerous precedent; one that might make future Patsy Point classes a nightmare to compile and follow.  In this case, however, it felt that it was the right thing to do.  Ignoring him would have been a much worse outcome.