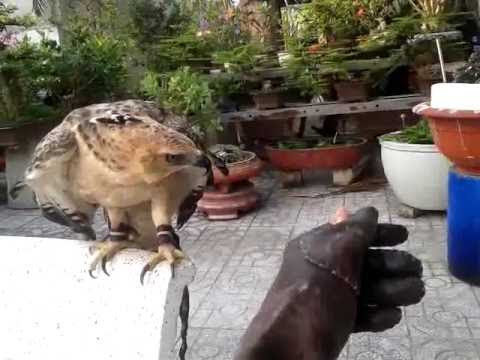 Art nervously looked around the greenhouse, his hawking glove frozen in place as the hark glanced at it.

"Cripes," the businesswoman who looked suspiciously like Nicki Minaj said.  We've been up all night doing these Patsy Ratings, and it feels like all we're doing is making the same mixtape over and over."

"Keep Drake out of this," Art said.

The businesswoman looked at Art askance, and then continued.  "Who's next?

"That explains the protective gear," the businesswoman said.  "Is it really that bad?


THE GOOD
Art's view of Lehigh's incoming class focused mostly on the class size - 31 recruits, a very solid number well over "replacement".  In the scholarship era, class size has been somewhat of a mixed bag, tiny classes mixed with mammoth-sized ones.  One could argue Lehigh's biggest "need area" was getting a lot of new athletes into the program, and on that note, the class was a rousing success.

There's also the issue of the areas of offensive and defensive lines as well, where Lehigh got a lot of players that, according to the Patsy Ratings, are the type of cheeseburger-eating trench warriors you want on your team.  Art thought Lehigh did a very good job in this area, too.

THE BAD
If it can be said that "speed kills", even in the Patriot League, Lehigh's incoming recruits weren't exactly killer.  Art noticed only two of the members of the incoming class had published speed information from official sources, and only one provided any sort of points in that area.  Again, that's not to say that the class is slow or devoid of speed, but it certainly was a conspicuous lack of Patsy Points in that area.

"So you're saying this squad isn't... fast and furious?" the businesswoman asked, grinning.

"Not at all," Art said.  They might be fast, and they might be furious.  But the speed information from the trusted sources don't reflect that."

"And don't even get me started on trying to measure 'furious'," Art added.  "That's a non-starter."

QUALITY = 32.  15 out of 31 recruits, or just under a shade of 1/2, of the recruits had at least one page on the recruiting websites.  Only three of the recruits, however, provided points in bunches, with the great majority of the point-getters only getting the minimum number of Patsy Points.

With so many athletes, Art grumpily shook his head.  "There should be way more points here," he said, seeming to indicate that he was going to come back here later.

CLASS SIZE = 7.  As predicted, a large class generates a lot of points in terms of class size.

DISTRIBUTION = 9.  The large class provided the maximum number of distribution points allowed by law, thanks to the presence of a much-needed kicker on the incoming class.

SPEED = 4.  "I agree," the businesswoman said.  "There should be way more speed points than just these four points.  For that matter, they all come from the same recruit."

"Why is that?" the businesswoman asked.

"It's one of those Patsy classes that have one quarterback on the list, but he alone he provides most of the Patsy Points.  Take this class.  One three-star QB gets nine quality points all by himself, and then the system gives three extra points for each of the starts."

"Even you have to admit, though, the QB they did get did get some pretty impressive ratings across the board," the businesswoman said.  "He was confirmed and everything.  You can't say he didn't earn his points."

JUMBO = 8.   "Here's an area where Lehigh really did great, though." the businesswoman said.  "Five offensive linemen, three defensive linemen, all of whom meet the Jumbo criteria.  A perfect eight points."

Art had to begrudgingly agree with that.

NEEDS = 8 (of 12):  The conference call on Lehigh's recruits went remarkably smoothly.  Why this was the case was a real mystery.  The only difference between this phone call and the other was the case of Cuban cigars that the businesswoman cannily sent to all of the committee members beforehand.

"Normally I'd leave it at two points out of five," another remarked, "with no starred guys here, but I say make it three."

After hearing some puffing on the conference call, everyone agreed.

("Those cigars aren't from Colorado, are they?" Art whispered to the businesswoman, who assured them they were Havana's finest.  Finest what, she didn't say, but the conference call continued.)

DB = 3 (of 3).  "On this one we'll give you everything," one Committee member said after a coughing fit.  "Numbers (5) and a starred recruit meets all three points.

COMMITTEE ADJUSTMENT:  Art wanted to make it abundantly clear that he wanted to negatively adjust this class.

"Though it's a class with numbers," he started, "I can't get over the idea that this class should be better.

"Let me be blunt: I know a great Patsy class when I see one.  And when I see one, I see stars all over the place.  Not concentrated on one or two players, not focused on on position - stars, across the board, in a variety of different need areas.

"I'm looking at this class, and I see some great individual players, and some very encouraging things.  It's good, there's no question about that.

"But what I don't see is a knockout class, one that exceedingly blows away the competition with its meeting of multiple need areas.

"The class might end up being a great one when all is said and done.  Heaven knows the Patsy Ratings are an imperfect rating system: starred players fail to make an impact, while people without a starred recruiting page on Scout become all-Patriot League.  I see it all the time.  But I still think this class needs a negative adjustment.

"In the past, this would have been a slam-dunk, great class.  But is it anymore?  I was expecting stars across the board - a real slam dunk of a class, filled with starred players.  We need to face facts: with scholarships, the bar needs to be raised.  There needs to be more stars, more broadly based points, higher-rated classes.

Art took his shoe off the table.  Silence ensued.

The businesswoman woke up.  "We done here?"