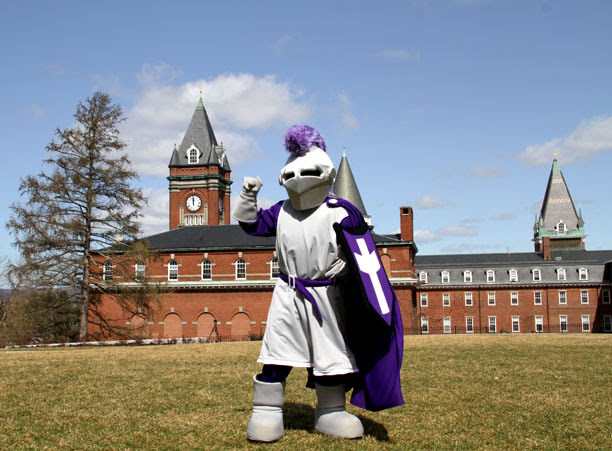 Art looked over the numbers.

"Are you sure," he asked the raven-haired businesswoman that looked uncannily like Nicki Minaj, "that we should mention this?"

"Legally, it would probably be the best thing."

"OK, then, let me read it and see what you think," silver-haired Art said.

"The Patsy Ratings are for entertainment purposes only.  Anyone who would read too far into to these would be foolish.  It's also not an indicator of any individual recruits' worth.  Many big Patsy Point recruits don't amount to a hill of Fava beans in the League, and other guys who didn't generate a single Patsy Point came out of nowhere to make all-Patriot League.

"And that's not to mention that in the Patriot League, it's really all about the diploma over everything else.  Football gives you the opportunity to go to one of the best schools in the nation and compete against the best in Division I, FCS.  If you made it this far, you're one of an elite group of kids, with an opportunity some only dream of.  It's up to you what you make of that opportunity."

"Your victory is right around the corner. Never give up," she said.

Art looked at her quizzically.

"I mean, add that at the end there," she said.  "That really makes it sound much better."


THE GOOD
Art looked at the Crusaders' incoming class, and saw a broad, deep class that spanned the entire country - a true coast-to-coast class, with only three local recruits (if you count New Hampshire as "local").  Art thought head coach Tom Gilmore and his staff must have spent some serious simoleans flying around the country to seal the deal on these guys, including two from California, one from Arizona, and four from Florida.  You wonder if, to save money, admissions had him seal the deal on the three kids from Missouri on the layover back to Logan.  (After all, if you believe the rumors swirling around Crossports.com, Holy Cross needed to save enough money to lure Tom Crean away from Iowa to be their next men's basketball head coach, after which the long-rumored Holy Cross-to-the-Big-East move would finally be consummated.)

"Did Gilmore fill up on scholarships in last year's class," Art muttered to himself, "leaving less for this season?  Or perhaps that talk of John Thompson getting lured away from Georgetown could be... true, with his salary paid for by football scholarships?"

Nicki slapped Art.  "Get yourself together, man," she said.

QUALITY = 32.  In reading last season's Patsy ratings, Art noticed how the Committee fell over themselves praising the 41 quality points, the presence of multiple ** and *** recruits from all the website databases.

13/22 recruits, or 59%, of the class had some representation in the online ratings services - similar numbers to last season, Art noted.

But the big difference was that only five future Purple People Eaters had any sort of star rankings in this class, including zero that were "confirmed" by two or more ratings services.

There will be more on this later, but considering last season's huge Patsy Point haul, that so many of Holy Cross' class consisted of fog-a-mirror types was a massive disappointment to the members of the Committee.

CLASS SIZE = 4.  22 Recruits was a good number in terms of filling out the roster, and generated a decent number here for the Purple Army.

DISTRIBUTION = 8.  Every position was filled except kicker.  Though their official release lists a kicker, the fact that he redshirted at one FBS school and spent time at another school that will be suiting up a team for the first time, he was considered ineligible for Patsy Points.  ("No transfers," a committee member grumbled on Art's conference call when he tried to plead Holy Cross' case.)

SPEED = 2.  For the second straight year, Holy Cross' speed numbers have disappointed.  Two points in this area for a class of 22 is unusual, especially with the addition of another scouting service.  It's worth mentioning here that this doesn't mean that coach Gilmore is recruiting guys with cement shoes - it simply means that their true speed information hasn't been published at a trusted site.  (Though if you're a Holy Cross fan, you might hope that Gilmore carries a stopwatch during all his cross-country flights - just in case.)

TRIGGER = 6.  Art scratched his head when he saw this.  Six trigger points, but only three starred recruits?

He looked at his spreadsheet again, and confirmed what was true.  Two QBs grace this class, and indeed, both were ** rated, giving this class six extra Patsy points.

"The committee ain't gonna like that," Nicki, I mean the businesswoman, said.

JUMBO = 4.   Seven linemen appear on this season's Cross recruiting list, and four, or a bit more than half, tilt the scales past the Jumbo line.  Art liked doing this the best, because it was the easiest task of the Patsies for an untrained janitor to complete.

NEEDS = 6 (of 12):  Computing the needs was well beyond the abilities of Nicki and Art, so it's here where the conference call with the Committee really came into play.  Grabbing the list of Holy Cross' "needs", scrawled on a piece of paper, Art read off the recruits at each position and the Committee delivered its verdict on each.

OL = 2 (of 5).  "Three recruits, only one starred by the scouting websites, only one of them jumbo - shouldn't that be one point only?" one remarked.  "They did fill some bodies," another said.  "I say give them two."

QB = 4 (of 4).   "If QB is indeed their second need, and they got two kids with ** apiece to fill that important position, that perfectly filled the need.  Four points."

COMMITTEE ADJUSTMENT: All the committee members had Art's fax (or so he assumed) when they all looked at the full list of recruits.  None of them seemed very impressed when they looked at the overall numbers, and spoke up on the warbly intercom.

"This looks like that Georgetown year all over again, when they had all those starred QBs that they couldn't possibly start all at once," one said.  "There's only five starred guys, but two of them got all these bonuses because they are QBs.  It's one thing to meet a need, but it's another when the rest of your class doesn't fog a mirror.  I say we need to adjust this."

"I see what you're saying," Art weakly stated, "but it WAS a stated need for the Cross.  Shouldn't we keep the points as they are?"

"No," another voice piped up.  "The trigger points are way too many.  I'm also thinking about subtracting a lot of points because, well, frankly I'm disappointed with this class.  I thought scholarships were supposed to deliver us meat and potatoes, competitive with the Missouri Valley and CAA.  These guys might end up being good, but this class doesn't rank with those.  Not by a longshot.  These are more like appetizers compared to those."

After that, the intercom became voices talking over one another, difficult to make out because of the ancient technology underpinning it.  Art tried to call Radio Shack for the parts, but found out that Radio Shack is now bankrupt.

Eventually the dust settled, and a gap of silence appeared.

"So what is your decision on the adjustment?" Nicki asked.