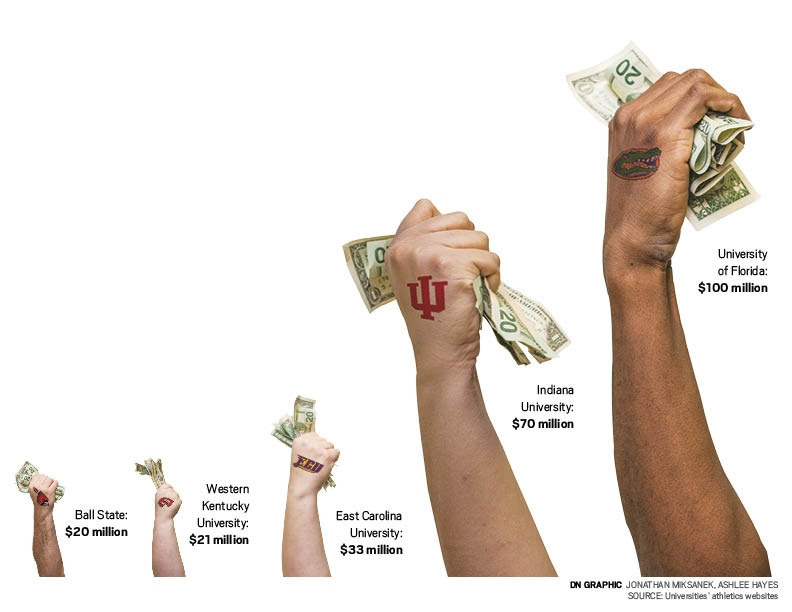 Start getting used to the term "full cost of attendance", or, as many who are obsessed about college sports are calling it, "FCOA".

In January, the eighty schools of the "Power 5" FBS football conferences voted 79-1 to allow its members to offer additional money above the cost of a scholarship - up to the "full cost of attendance" of the school.

It's been legislation that the "Power 5" schools have wanted to enact for years, surviving an embarrassing legislative loss when the rest of the NCAA's membership voted in 2011 against the original proposal crafted by NCAA president Mark Emmert and many members of the Power 5 leadership.

Now, as the Power 5 wanted all along, FCOA is here.

Sadly, it's still every bit as complicated - and unbalancing - as the many critics of FCOA feared.  And at the FCS level, it seems like the strategy is to simply hope and pray that nobody decides to implement it for their own athletic departments.


Supposedly full cost of attendance is considered "permissive" legislation, meaning, NCAA members outside of the P5 can implement its changes if they wish.

Unfortunately in terms of implementation, that's not how it works at the FCS level.

A recent Q&A by Southland commissioner Tom Burnett was a real eye-opener as to the impacts of full cost of attendance, something that all the Southland presidents were reportedly against.

"Following the approval in January of the five autonomy items," he said, "all of which are permissive but not mandated for the remainder of Division I membership, the [Southland] presidents met again to discuss future possibilities.  The group determined that the autonomy legislation be permissive for Southland athletic programs to apply as they see fit, but that there be no Conference mandate to either follow the autonomy rules or to prohibit any member from doing so.  Thus, Southland members can follow any of the autonomous legislation."

And why can't there be a conference mandate to tell members to, say, not implement FCOA for its football programs?

"Our league, like many other conferences, has been advised by legal counsel against colluding as an organization, prohibiting our members from following approved NCAA legislation," he said.  "The decision whether or not to follow NCAA autonomous legislation is completely up to each Division I institution."

This puts FCS conferences in a pickle.

Though it's "permissive" on the per-school level, it's not being something optional at the conference level for consideration.

Since the legislation is considered official NCAA legislation - permissive or not - attempting to prohibit a group's members from enacting "permissive" legislation appears something that FCS commissioners are not eager to challenge legally.

In other words, conferences are saying - schools, we can't stop you if we want to institute full cost of attendance.

To me, this is an issue of grave concern in the FCS specifically.

In a Power 5 conference, the gap between, say, Ohio State and Northwestern is significant, but not insurmountable, especially when all its members are getting upwards of $20 million from their TV contract or more.  For them, what's adding $2 million a year to the value of their existing scholarships?  It's just a portion of the proceeds they'd be getting anyway in TV money.

But in an FCS conference like, for example, the Big South, the athletic spending gap between the rich (Liberty, spending: $28 million) and more modest (Charleston Southern, spending: $10 million) can be staggering.

In conferences where there isn't that fat TV paycheck, FCOA could be something that blows things apart.

Some folks like William and Mary athletic director Terry Driscoll, say there's not a big "appetite" at the FCS level cost of attendance.  To him, he doesn't seem to think it will have much traction at the schools that compete there.

"It's primarily because it's a financial issue," he told the Daily Press. "In addition to the regular cost of scholarships, it would place a burden. There may be some institutions that are in a position to do that. I would say at William and Mary, we're not in a position to create a cost of attendance across our entire athletic department."

That may be true - for now.  But the important fact appears to be: should an individual school decide that it needs to offer full cost of attendance, there's nothing that an FCS conference can really do to stop it.

It also seems pretty clear where the pressure might come for full cost of attendance, too.

"I can only speak from our presidents and our athletic directors," Atlantic 10 commissioner Bernadette McGlade said in the same article, "we feel good about being able now to include cost of attendance, because our campuses are issuing cost of attendance to other students, and we have been prohibited from doing that because of the rules. Now that the NCAA has eliminated that rule, it gives every financial aid department, in conjunction with their athletic department, the decision making to say, if we can raise these dollars, do we really want to try to help these student-athletes balance their budget, and if we can do that across the board, we're looking forward to be able to do it."

If George Mason starts offering full cost of attendance to all of its athletes - and McGlade seems to imply that quite a few if not all Atlantic 10 presidents are on board - will Richmond, a member in the A-10 in all sports, really sit by and do nothing about it?  And if Richmond decides offer full cost of atendance, it will also almost certainly be in effect for their football program, too, which competes in the CAA.  If that happens, will William and Mary and Delaware really sit by idle and let them get that competitive advantage?

It's not all that outlandish to see the full cost of attendance arms race start to balloon spending across all sports, everywhere, with no fat TV money to subsidize the extra expense.  And that's even before one thinks about recruiting, where a football player could receive more monetary benefits for riding the pine at Penn State than starting at, say, Maine.

The Knight Commission released a survey last month which confirms that many Division I athletic directors share this wide variety of worries.   “There is a clear indication that many respondents are not particularly confident about funding new initiatives for football and basketball athletes, and are indeed skeptical about paying for these enhancements for athletes in other sports,” the Knight Commission authors wrote.

When people like NCAA commissioner Mark Emmert talk about being "concerned" about the future of Olympic sports at Division I schools, they are worried about mass cutting of programs - especially men's programs, which are easier to cut due to Title IX - just to keep most athletic programs at the same level of expense.

"I certainly hope there will be no cost cutting, but it is not a given that institutions will have to consider that," Monmouth athletic director Marilyn McNeil said a couple years ago about the potential effect of FCOA.  "What a shame to deprive several individuals of an opportunity to participate so that we can fund a select few with a few more dollars. Those select few should consider a loan similar to all of their classmates who do not have the luxury of an athletics scholarship. Although I would like to say we will not participate in this stipend program, the negative recruitment that will begin, may not allow us to make that a good decision."

"In my view, this is the single most important piece of legislation in our Division I history," he said.  "It strikes at the very core of the concept of amateurism and our long held stance as an association and as member institutions who grant athletic scholarships. That common philosophical view has been (at least up until now) that the unique educational opportunity afforded to young men and women through an athletic scholarship is not only sufficient, but in a large sense a priceless recompense for their time spent representing their institution in competition, on campus and in the community. I believe, as do many, that this is the tipping point for that aspect of college athletics that has long been considered sacrosanct."

FCS football is a unique construct, consisting of a very large diversity of programs with a wide variety of overall spending.  Some schools make do on $6 million a year in total spending; others inhabit a big-time basketball conference, like the Big East or Atlantic 10, while parking their football programs in an FCS conference for cost-containment purposes.

It is here where the full force of full cost of attendance will be affected the most - where the toughest decisions will need to be made.  Without TV money, it is in FCS where schools will have the most pressure to possibly turn scholarship programs non-scholarship, or even drop sports altogether.

Don't think FCS football programs are immune from cutting, either.

Kathy DeBoer, executive director of the American Volleyball Coaches Association, had another way of putting it last month during the NCAA's annual convention last month.

“Our own version of the Division I ‘Hunger Games’ has already started,” she said.