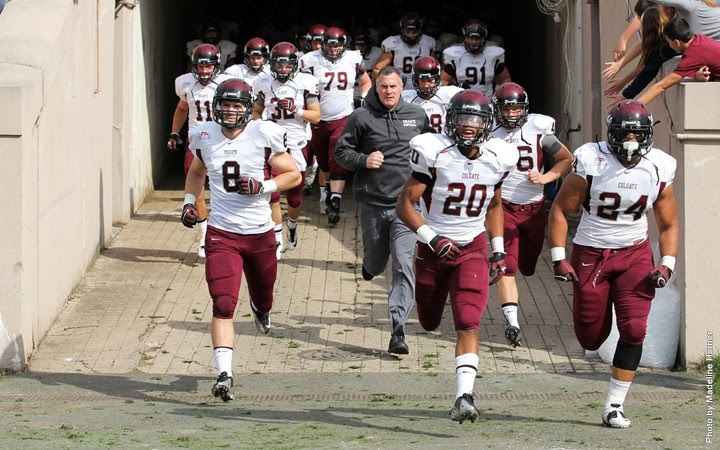 About a year ago today, Lehigh and Colgate were two teams facing off with playoff implications.

What a difference a year makes.

The Mountain Hawks and Raiders both find themselves in a place where they are not accustomed: young squads with losing records, battling for pride, and giving the seniors something to remember.

Colgate and Lehigh has developed into a rivalry with a little r, because of the frequent championship connotations of their meetings over the last decade and a half, and a whole lot of other reasons.  In 2014, this rivalry takes on a different shape and form: the form of which team is headed in the right direction into 2015, and for Lehigh headed in the right direction towards Yankee Stadium.

I've probably heard every Colgate joke known to man since I've been covering the Patriot League.  Cavity creeps, dentistry, toothpaste - all of it.

The Raiders under head coach Dan Hunt come into this matchup at 4-6, with a lot of common opponents as Lehigh - Cornell, Yale, as well as Patriot League opponents in Georgetown, Holy Cross, and Fordham.

Colgate has beaten the teams Lehigh has beaten (Cornell, Georgetown) and additionally beat Holy Cross 20-17, while losing to Fordham and Yale.

Colgate's offense was loaded with underclassmen even before sophomore QB Jake Melville went down with a upper body injury earlier in the year, but now have freshman QB Brett Mooney leading Colgate's read-option offense, that hasn't changed all that much since Biddle was coaching.

Sophomore RB Demetrius Russell (766 all-purpose yards, 1 TD) is the primary back for the Raiders, but Hunt is using more of a three-headed running approach this season, with junior RB John Wilkins and junior RB James Travellin coming in for lots of carries as well.  This is subtly different than the Biddle days when he would ride on the backs of some Walter Payton Award winners to carry the load almost exclusively, like RB Jamaal Branch and RB Kenny Gamble.

And in Colgate's predominantly-running offense the Raiders still have a lot of seniors blocking for the backs and Mooney, notably senior FB Ed Pavalko and senior OL Jeff Koch, who certainly want to end their Colgate football careers with a win over Lehigh.

When Mooney does throw, more often than not it will be to junior TE John Quazza (310 yards, 1 TD) or freshman WR Alex Greenawalt (211 yards, 2 TDs) now that sophomore WR John Maddaluna is hurt and not listed on the two deep this week.

Defensively Colgate has an all-Patriot League candidate in senior LB Kris Kent (74 tackles, 10 tackles for loss) in the Raiders' brand-new 3-4 defense.  A local product from Nazareth, he'll certainly want to impress his hometown crowd this weekend on defense.

Their senior-laden team has kept them in games, and another good candidate for all-Patriot League honors is senior SS Mike Armiento (73 tackles, 3 interceptions).

What seemed like a weakness going into the season sure seems like a strength now.  The Raider defense have forced 16 turnovers, including 12 interceptions, which shows how effective they have been in getting pressure on the quarterback.

It will make for a challenging game at Murray Goodman tomorrow.

It's Senior Day at Lehigh, and it's time for the seniors to get honored for their final game at Murray Goodman stadium.  Hating the Gate, the Cavity Creeps, the Maroons, is a natural emotion for a cold November Saturday, and a key step towards Lehigh's bowl game in Yankee Stadium next (!) weekend. 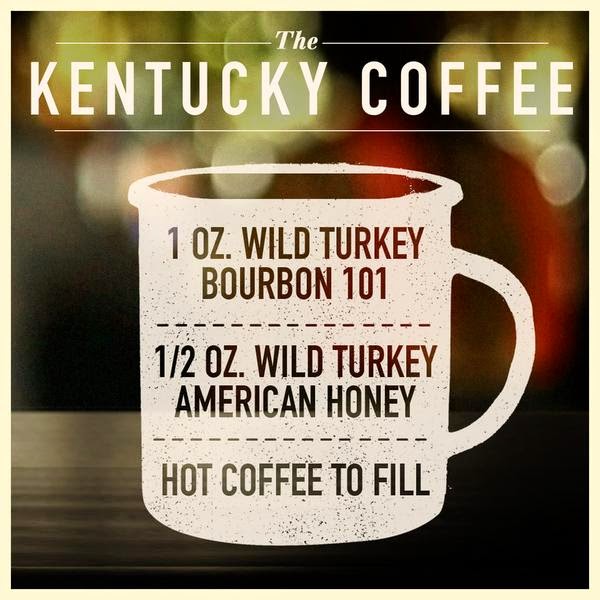 It's going to be cold at Murray Goodman stadium, and it was downright odd that, in my Twitter timeline, I actually saw a promoted tweet that fits perfectly into this week's Drink of the Week.  What does a Kentucky Coffee have to do with Hating the Gate?  Probably nothing, but hopefully everything - the perfect warm beverage before a chilly game in the Stadium.

1.  Protecting a Lead.  Lehigh has done a good job this year protecting an early lead - when they can get one.  Against Colgate, where a 10 point deficit can feel like a 20 point deficit, it's critical if the Mountain Hawks get a lead, they can sit on it and play within themselves to hold, and build on it.

2. The Games Turn on Special Teams.  Two years ago, Lehigh/Colgate, which determined the Patriot League championship, turned when the Mountain Hawks attempted a surprise onsides kick, executed it near-perfectly, caught them by surprise, but nobody was able to recover the football in Brown.  Lehigh/Colgate games always seem like close affairs, hanging on small plays like an onsides kick like that.  Special teams could very well be the difference between victory and defeat - a lesson hopefully learned before next weekend.

3. Building Off Defense.  Something that may have gone unnoticed by many is the vast improvement in Lehigh's defense overall, and against Colgate, where it's all about hitting gaps and finding the ballcarrier, it's critical that there continues to be even more improvement, especially in that "second impact" zone past the line of scrimmage.  If Lehigh improves in that "second impact" area and prevents Colgate from breaking those big plays, the Mountain Hawks will win this Saturday.

"Hate the Gate" week is one that almost always involves emotional efforts and a heck of a competitive ballgame.  I don't think this will be any exception, with the added pressure for Lehigh of really needing a win badly before heading into #Rivalry150.  This young Lehigh team will need to come together this week, because there's no tomorrow.