September 19, 2014
When you Google "Yale Football", you get to Rory McIlroy and Caroline Wozniaki.

The reason for that is the golf superstar and the rising women's tennis star showed up at at Yale a few years ago.  Apparently Yale's football team had been making a habit of showing up as a team at the New Haven Open and cheering Wozniaki on, so Caroline and her then-boyfriend Rory (wearing a Yale football jersey, at that), showed up at a practice.

Head coach Tony Reno, though, is hoping that's not the only thing that shows up when you Google "Yale Football" after this season, which is the 100th anniversary of their football home, the Yale Bowl.

The best way for Yale to kick off their 100th Yale Bowl season would be a win over Lehigh.


When Lehigh last played Yale for the Yank Townsend Trophy three years ago at Murray Goodman Stadium, the Bulldog football team couldn't have been more different.

Senior WR Deon Randall scored the only Eli touchdown in a dominating 37-7 Lehigh win, while Yale would struggle to a 3-5 finish and see head coach Tom Williams fired after the season, to be replaced by a former Harvard man, Tony Reno.

Now a team captain, Randall can't wait for the season to start.

“We’re excited,” he said. “These past three weeks we’ve played against ourselves and Brown, and you know were just excited to play against an opponent and show the New Haven community and the Connecticut region and the nation what were about and how well we can play.”

There's plenty of worrisome indication that Yale can play pretty well, too, when they're healthy.

In the early half of the season last year, the Bulldogs made news by travelling out to San Luis Obispo, California, and knocking off a nationally-ranked member of the Big Sky Conference, Cal Poly, 24-10.  They started 3-2, shockingly beating up on heavily-favored Colgate up in Hamilton 39-22 and putting up a good fight against Fordham, falling 52-31.

But they would lose senior RB Tyler Varga, their workhorse, and limp to an all-too-familiar 5-5 finish, including a loss to the team they covet beating more than anyone else, Harvard.

In the past three years, Reno has been focused on what it takes to get back to having expectations for Ivy League championships.

“We’re bigger, stronger, faster than we were three years ago,” Reno said. “I also think that guys understand that the program is at a different level now. They understand the expectation and they’re able to really live those expectations.”

Yale, however, will be hosting a Lehigh team who is eager to prove that their 0-2 record to start the season is an exception and not a rule.

“Our team has learned a tremendous amount after our first two games,” junior WR Stephen Sansone said to The Brown and White. “We have put those games behind us and look to improve in all three phases of the game.”

Two extremely challenging games against James Madison and New Hampshire have the Mountain Hawks in a place where they're not accustomed - a two-game losing streak.  The last time Lehigh had to endure two losses in a row was in 2009, when the Mountain Hawks were 4-7.

“Obviously losing is never a fun deal,” senior OL Ned Daryoush shared. “However, it is important to remember that the season is young and that the games that really matter are still in front of us.”

It's a unique challenge when a Patriot League team, in their third game, plays an Ivy League team, who start their football season in late September, where there's little tape of what a team might do.

Though according to the Yale head coach, that cuts both ways.

“We’re definitely ready, its been a while,” Reno said. “I think what makes it worse for the kids is they see all their buddies playing other colleges, they’ve already got two or three or four games under their belt so they’re itching to play.”

While Yale just wants to get in the game at all, Lehigh will be also looking for a fresh start by getting out of New Haven with a win to start to turn around an 0-2 start.

"The model of the Patriot league was to piggyback off the Ivy League, without a doubt," head coach Andy Coen told Keith Groller of the Morning Call.  "I think it's important that we still play those people and even more important that we beat them."

Nobody in Lehigh Nation will deny the importance of the Mountain Hawks beating an Ivy League team this weekend.

Getting to the Yale Bowl
From Bethlehem, you want to take 78 to 287, and then take my secret way to the Yale Bowl - up the Merritt Parkway, all the way to New Haven.  It's about a 3 hour drive to the iconic venue, which is an official historic landmark.

There are multiple Yale 100th Anniversary events there, including a tent with Yale's Heisman Trophies and other memorabilia.

Senior SS Stephen Wilmington, a hard tackler and enforcer in the secondary, is out for the season, with a knee injury, as is junior WR Derek Knott, who knee got crunched after a reception against New Hampshire.

At safety, senior FS Jason Suggs and senior FS Jamil Robinson will fill the void left by Wilmington, who was called a "leader and a quarterback" in the secondary by Coen.  Both had significant secondary time last season, however, and have been in this situation before.

Junior WR Stephan Sansone steps right into the "Z" receiver slot that Knott had, while highly-regarded sophomore WR Mike Anderson backs him up.  Another interesting thing is that Anderson has also made his way on the kickoff return unit, replacing sophomore RB Brandon Yosha. 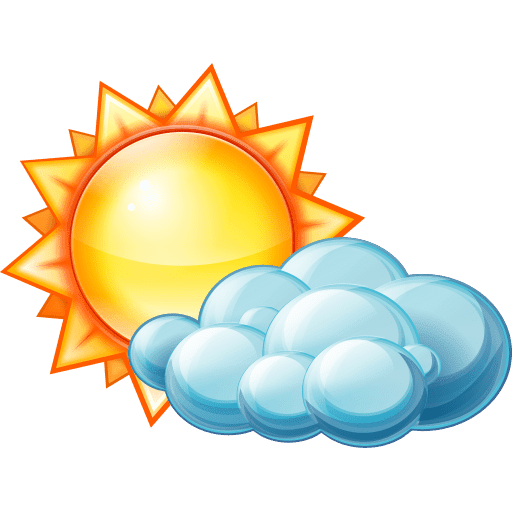 It's shaping up to be a great fall weekend at New Haven, with a high of 73 forecasted and only a very slight chance of rain.

When you think of great Yale athletes, you probably think of Brian Dowling, Walter Camp, or any number of great Eli athletes over the centuries.  You might not think of Sarah Hughes, though, the surprising 2002 Gold Figure Skating medalist that attended Yale shortly after winning her Olympic Gold.  (I'd imagine that gold medal played pretty well in her college admissions interview.)

I looked over the menu, and I thought that the Elm City Iced Tea looked particularly interesting, and as New Haven is the Elm City, and it's going to be a nice, sunny day - it seems like a natural.

To make these at home (my guess at portions), just get some gin (2 parts), some brewed Earl Grey tea (2 parts), some Lemon Juice (1 part) and a simple syrup (2 parts), and serve it over the rocks.  If you don't want to make the simple syrup, you can use Agave Nectar, a good substitute.  Bring it in a tumbler to the Yale Bowl, and enjoy!