My Upcoming Books on the Rivalry: Confessions of a Book Writer 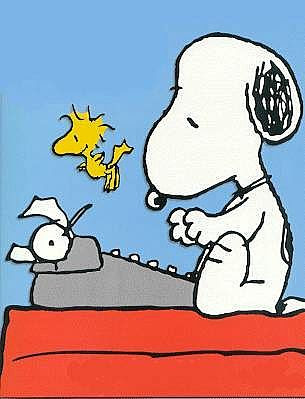 Now I know, dear Reader, you're not sitting there on your smartphone or computer waiting with baited breath as to why - dear God, why - have I not been cranking out blog postings on a regular basis over the last month.

But I'm going to tell you anyway.

Over the last few years I have been working on a book.

And the story of that book continues below the flip.


It doesn't take a rocket scientist to realize that the 150th edition of the most-played rivalry in college football, The Rivalry, Lehigh/Lafayette, Lafayette/Lehigh, or whatever you'd like to call it, is coming up right around the corner.

Several years ago, I started research on a Grand Research Project in regards to the history of the Rivalry, which I was hoping to get into book form as soon as possible.

The broad idea was to unearth some of the stories of the Rivalry and make it entertaining, and to explain as to why it grips people - not only alumni of Lafayette and Lehigh, but also the people of Bethlehem  and Easton, too.

In doing so, I probably broke every single rule that much more intelligent book-writers might have been able to warn me against.

I'll just leave this here so that any of you dear Readers out there might benefit from my experience.

1. The first thing I learned - which took me more than a year to figure out - is that such a project is subject to such massive scope creep that it makes a Great Book Project into a Great Unfocused Piece of Nothing.

My first pieces of writing were so broad, and trying to cover so much ground, that I'd continuously get pulled into rabbit holes of interesting minutia into, say, the history of Northampton County that were fascinating in their own right, but not germane to what I was trying to do.

It took me a surprisingly long time to become aware of this, meaning I shifted the focus of my attempts to go from massive, sprawling, comprehensive history to lighter weight, historical stories that entertainingly (I hope) show about the hidden stories of the Rivalry.

In order to do this, too, I needed to drill the stories down further - emphasizing more of the early history of the Rivalry (from the beginnings up until the 1930s) instead of tackling the whole enchilada at once (though I am hoping to revisit the rest of the history at a later date).

2. Which leads to the second thing I learned: is that you have to take what you love and then learn to hate it.

I've found that writing a book about a subject that you are passionate about means that every word you write makes you feel like Jerry's annoying stand-up comic friend in Seinfeld.  "That's Gold, Jerry!  Gold!!"

But I've found, too, that writing this way and falling in love with every word very infrequently results in great writing.  You need to be bipolar about it: to love it, then hate it, to go with a scalpel on your writing and go through and cut out all the crap.  Then, and only then, does something look vaguely readable.

(And then I send it onto my wife to edit it further.)

3. The third thing I discovered is: be flexible in your goals.

I had, as a goal, to have this comprehensive, cradle-to-present-day history ready by May 31st to publish in some way, for people to read and enjoy on the beaches in June.

This was not how it worked in practice.

Part of the reason was that every time I looked for something, and I thought I knew it all already, I'd invariably discover some other interesting piece of history that I wasn't aware of that I'd want to include.

Here's a case in point, at a broad level: The invention of the "Flying Wedge" as a devastating mass-motion play in the 1890s was unmistakably put together by Lorin F. Deland, Harvard coach and military strategist.

Lehigh had a role in this - having created the first working version of a "V" formation, used on kickoffs, that was effective and helped pave the way towards the Brown and White being a part of the national college football conversation.

But the more I'd uncover, the more questions I had - and areas that I thought were well-tread and I'd get definitive answers were not at all definitive.  It naturally spurred me further to try to answer the question - and sent me in a completely different direction than I expected.

This is probably something I should have figured out before I started writing the book, but as a result, my own self-imposed deadlines got pushed further out - and changed.

The point is - flexibility is a must if you're doing a project like this.  You never know what you might discover - and rather than rush the final product, I found it better to ride the wave instead - figure it out, because if you want to know, someone else will, too.  (At least that's my working theory.)

So the upshot of all this book talk is: My plan, over the summer, is to finish my history of the early Rivalry, and publish it in e-book form on Amazon.  It is almost done.  Really.

At the same time, I am also hoping to take my summaries of The Rivalry for LFN from the last ten years and also edit them and put them in e-book form for this summer.

And I still have as a goal to have this out by August 1st.  Unless my goals change.  Because you need to be flexible about your goals when it comes to this stuff.