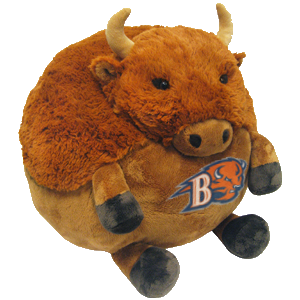 We start out our Patsy Ratings for the Class of 2018 with the Bucknell Bison, who finished tied for second last season with a 3-2 conference record and a 6-5 overall tally.

It's the second over-.500 and second six-win season for head coach Joe Susan in three years.

It's also the first time that coach Susan had a winning record in official Patriot League play.  (They also stampeded over Lehigh last season.)

Which leads us to this year's Patsy Ratings.

According to the data, did coach Susan and his staff take their strong finish and translate it into a recruiting class that will shock and awe their Patriot League competition?

Last year, Bucknell finished with a respectable, but not stratospheric, 51 in the Class of 2017 Patsy Ratings for the Bison, which I'll go into below the flip.

According to the numbers, this year's class falls short of this number.


THE GOOD
As in prior years, more starred recruits are headed to frosty Lewisburg to play football for the Bison than in the pre-merit aid days.  Furthermore, they are recruiting them on a more national level, which in the Committee's eyes seems like a good long-term trend for the program.  WR Kyle Kinner, who hails from Missouri, and LB Ben "Running Man" Richard, from Utah, are two examples where the Bison are getting talent from further outside the area. 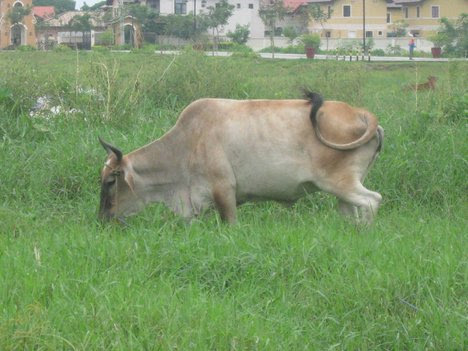 THE BAD
The Committee got the press release for Bucknell's incoming class, and looked at it closely.  Upon further review, they saw something very, very strange.

Of the 18 names in the class, 14 of them were defensive players.

For those scoring at home, that's 78% of the incoming class.

While it is very clear that the bulk of Bison needs came at, well, every defensive position, in the eyes of the Committee spending nearly 80% of a recruiting class on one side of the ball is not a good recipe for success.

There will be more on this class imbalance later.

QUALITY = 23. 9/18, or exactly 50%, of Bucknell's recruits had a page with the national recruiting websites.  Three Bison were two star recruits, and one was "confirmed" and "majority confirmed", meaning that the recruit had two stars from three of four recruiting websites: ESPN, Scout, Yahoo, and the latest one the Committee added to the data, 247 Sports.

Interestingly, the "quality" rating matches precisely Bucknell's quality rating of a year ago, but they reached this number in a different way.  The "majority confirmed" added an extra point to Bucknell's Patsy total this season, while this year they have one fewer recruit that "fogged a mirror" with the scouting services.

This season's "quality" matched last year's "quality", which itself was a step up in "quality" from two years ago in the pre-merit aid era.  Based on the admittedly inexact science of the Patsy Ratings, Bucknell's "quality" has maintained in the last two years.  But how does it compare to the competition?

CLASS SIZE = 3.  18 Recruits.  The base size of recruits was reached - plus 2, which yields an extra point.

DISTRIBUTION = 7.  In the blunt instrument that is "Patsy Distribution Points", the formula spits out the number 7, "covering" the following positions: DL, LB, DB, QB, TE, WR, and kicker.  Keep this in mind when scrolling down towards "Committee Adjustments".

SPEED = 3.  Again, identical to last year: speed information, sketchy in the best of times, was available for one highly-touted recruit, providing all the speed points for the class.

TRIGGER = 1.  The one QB in the incoming class fogged a mirror of most of the recruiting services, and thus earned the class one additional Patsy Point.

JUMBO = 1.   No, this isn't a typo: in an incoming class of 5 DL and 0 OL (more on that in a second), only one defensive lineman tipped the scales over 250 lbs.  Again emphasizing that the Patsy Points are a blunt instrument, and don't take into account "well, he's a pass rushing defensive end", only one point is awarded.

Are you trying to tell me I'd give zero jumbo points?

DB = 4 (of 5).  There are five DBs on Bucknell's recruiting list, with one starred recruit and another with confirmed speed information.

There is significant quality and speed, not to mention amazing depth, at this needs position.  The Committee went back and forth on awarding the final point, but ultimately did not.  Probably one more fog-a-mirror or speed information would have done it, though the notes of this interaction were destroyed mistakenly after a coffeemaker accident that is a mystery that is best left unsolved.

LB = 2 (of 4).    The four athletes here, including one ** player, satisfied half the needs points.  Again, more fog-a-mirror types would have added points - we think - and more stars probably would have given the full amount.  We think.

DL = 1 (of 3).   Five players - listed all as defensive ends, interestingly - show up on the Bucknell release.  None of them are starred recruits.  Some fog a mirror, but none provide more than one Jumbo point.  While there was some discussion that perhaps a second needs point was warranted by sheer numbers, this was quickly declined.  Bodies do not a need meet.

COMMITTEE ADJUSTMENT: -5.  In all of the years of the Patsy Ratings,  The Committee has never seen an incoming class focused so much on one side of the ball,  sparking a furious debate as to what to do about it.

Fresh in The Committee's minds was the long-ago Georgetown incoming class that set up the Committee Adjustment in the first place.  For those that don't recall, the Hoyas had an announced class with six quarterbacks, giving the Paranoias the runaway Patsy Point crown for that year thanks to the bonus Trigger, Star, and whatnot points that entailed.

In this Bucknell class, too, The Committee looked at the Patsy Formula's "7" spitting out of the Distribution formula, and saying: "This can't be right."

Four individual players make up four Distribution points, with the rest of the class replenishing numbers on defense.

Some members of The Committee defended the Formula and the allotment of points, saying that Bucknell's biggest needs were all on defense, and they met them, so - why do anything about it?

But in some Committee members's eyes, the most glaring omission was the fact that there were zero - yes, zero - offensive linemen in the incoming class.

Offensive lineman is the one position on a football field where depth and replenishment through recruiting are vital.  At a bare minimum you need eight to dress to realistically compete in a football game.  Furthermore, it's almost a guarantee that someone goes down with an injury at some point, meaning that teams always need more linemen.

In the memory of The Committee, every other incoming class had at least one offensive lineman in the history of the Patsy Points.

One of The Committee members was horrified at the lack of incoming offensive linemen. commenting that that alone makes this a bad recruiting class.  "This will move the Buffaloes further into the hole when compared with what most of the others are doing," he said, with some Committee members gasping in shock, the others nodding their heads.

In defense of the Bucknell coaching staff, the Bison graduate zero offensive linemen on their roster.

But The Committee was swayed by the argument that there needed to be some - even just one - body at that critical position to avoid the adjustment.  The imbalance of this class, coupled with the lack of offensive linemen, justified the negative adjustment in the eyes of the Committee.