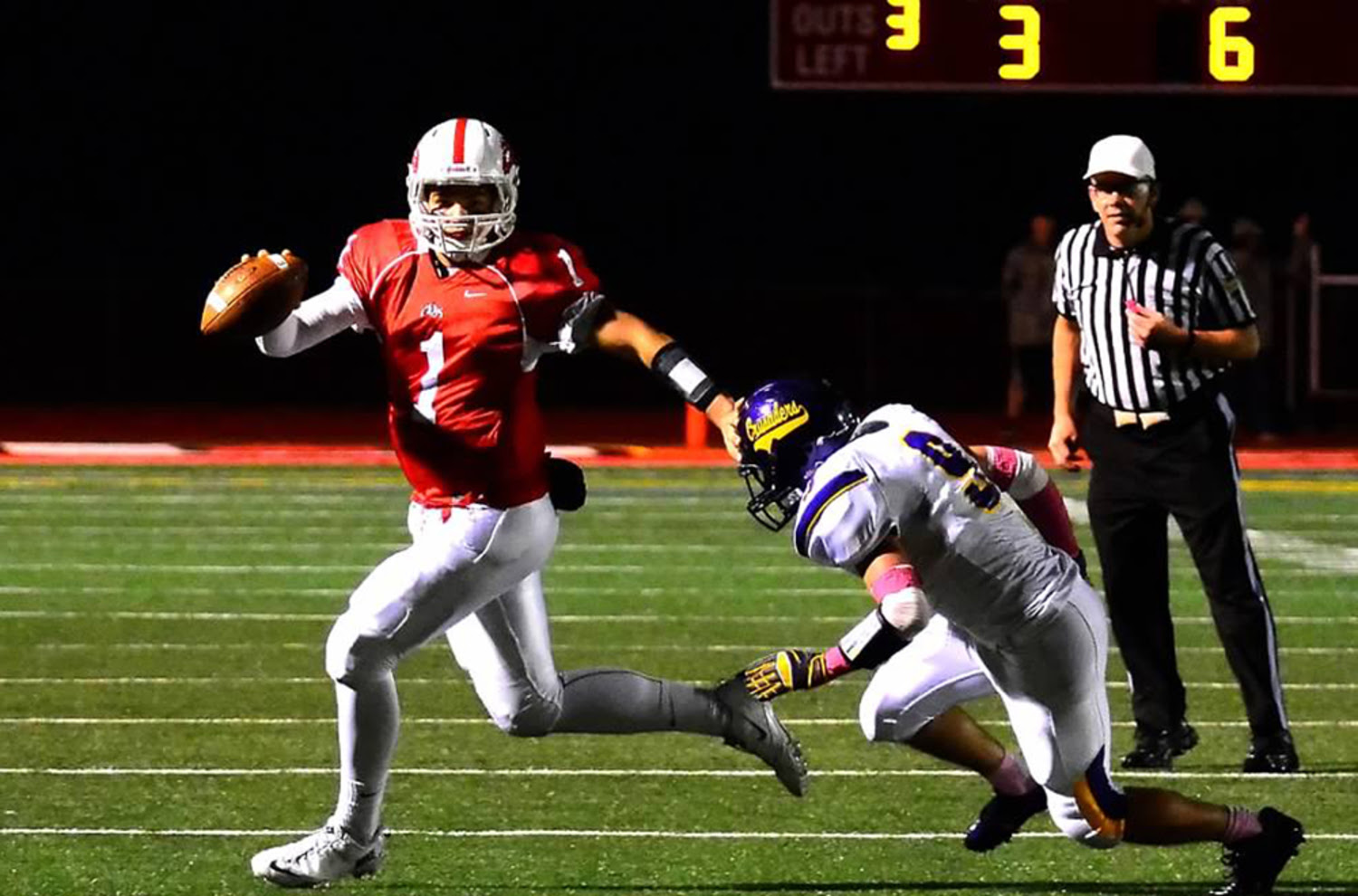 
It's pretty hard to believe, but Lehigh recruit Matt Timochenko wasn't even a starter at quarterback during his critical junior year as a signalcaller.

In a world where some athletes commit halfway during their junior years, Timochenko didn't even get significant playing time until very late in his junior year.


Timochenko was tossed into the starting position in the ninth game of the season against Section One rival Penn Manor. Wilson went on to beat Penn Manor, 14-7 and later made it all the way to the Class AAAA state semifinals. Timochenko finished the year with 570 passing yards with four touchdowns and four interceptions.

"To be honest, there was a lot of pressure on me. We had the L-L win streak going and that was one of our toughest games (Penn Manor) that year. I just didn't want to overdue my role and just make the simple plays," he said. "Every game under my belt made me feel more comfortable which is so important as a quarterback. If you don't have confidence in yourself, it's hard to be successful."

Once anointed a starter for powerful Wilson program his senior year, he started to get attention from some schools, most notably invitations to camps up at Syracuse and Colgate.


If you search Timochenko’s name on Scout.com, you won’t find him. Before becoming the starting quarterback in his senior season, he only played in a few varsity games as a junior for Wilson, a perennial powerhouse in Pennsylvania, yet his physical attributes and football IQ have made him a target for a list of lower-level Division I programs. And while Syracuse has yet to extend him an offer, his contact with the Orange has made him a more confident player.

“I have different kinds of reaches, and Syracuse is definitely a football reach,” Timochenko said. “I would love to play there, the experience of going there was awesome, but I do know it’s a reach.”

After talking with Wilson head coach Doug Dahms, Perles met with Timochenko and teammate Hunter Hatlee. He spoke with them about the SU football program and gave them brochures, one of which advertised a one-day camp in July.

So when July came, a wide-eyed Timochenko traveled with his dad Kevin to Central New York for camps at Syracuse and Colgate.

Marist and Lehigh were also mentioned in regards to his trip to North.

With essentially a brand-new quarterback, Wilson was expected to fall back to the pack in their region (sound familiar?) Instead, Timochenko would throw for over 1,500 yards and notching 15 touchdowns, despite missing two games with mono late in the year.


"I think we played with a chip on our shoulders for the entire season. We had a lot of doubters who we turned into believers. We had stuff hanging up in the locker room about how we were supposed to finish fifth in the section and how the streak was going to end. That motivated us all season."

Timochenko helped lead the Bulldogs to an undefeated regular season, a sixth-straight Section One title and extend Wilson's L-L winning streak to 44 games. The Bulldogs made it to the District Three semifinals before losing a 17-14 heartbreaker to Lower Dauphin.

"It wasn't easy. We battled our hearts out and it was a tough way to end the season. But looking back, we went 10-0 in the regular season, we ran the L-L for the sixth year in a row, we kept the streak going and we were one game away from the district championship. We realized that we proved a lot of people wrong."

With his high school career over, Timochenko believes that coming from such a successful program like Wilson gives him an advantage as he moves on to the next stage of his playing career.
"There's something that comes along with playing at a school like Wilson. There's a winning mentality there. It helps you know what it takes to win, how to prepare to win and how hard you have to work to win. That is definitely going to help me in college."

Heading to Lehigh in the fall over 2014, Timochenko admitted he'd like to play as early as possible but isn't expecting anything to be handed to him.

"I'm not guaranteed anything but I'm going to do everything I can to get on the field as soon as possible."