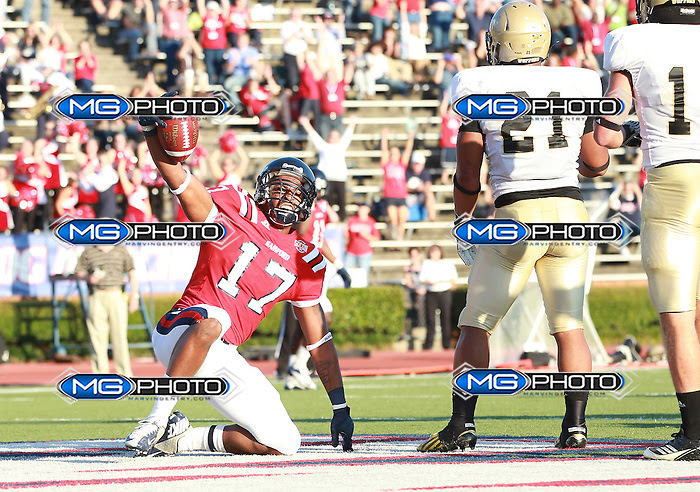 But first, check out this great picture from Samford WR Chris Cephus after scoring a touchdown in the Bulldogs' 34-27 win over the Wofford Terriers this weekend.  (Photo Credit: Marvin Gentry/MGPhoto.com)

In the SoCon, this game was huge, but what was especially amazing was that the Bulldogs overcame four turnovers, including one interception that was returned by Wofford LB Alvin Scioneaux for a touchdown.

But with a smothering defensive effort from Bulldog LB Jaquirski Tartt (17 tackles) and a big day returning the football by RB Fabian Truss, the Bulldogs moved to 4-0 in SoCon play and put themselves in the drivers' seat in regards to qualifying for the FCS playoffs.