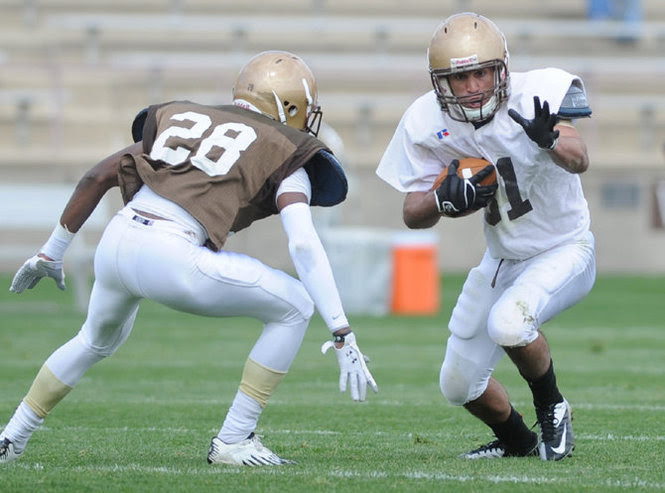 Below the flip are links and quotes about this from Michael LoRe and Keith Groller's articles.


"The one boy who has been charged, it's institutional policy, he's on what they call interim suspension pending everything, so he's at home," Coen said this afternoon. "The other three guys I suspended for being out during the week. We have a covenant which precludes kids from going out during the week. They're all back with the team. I thought it was important to get them back around our structure and discipline of the program."

The fourth player, DB Russhon Phillips, was placed on interim suspension as per institutional policy. The sophomore defensive back from Plymouth Meeting was charged in an off-campus incident last Tuesday night.

"Anybody involved with a case similar to his would be in the same boat," Coen said.

Coen said the other three players were suspended because "they were out, and they're not supposed to be out during the week. But I brought them back because I think it's important for them to be back within the structure of our team and be around their teammates. That's the most positive influence they can have as opposed to just sitting in a room somewhere while we're practicing. So they are back with us."

Coen said he believes the message has been received by the team that improper behavior will not be tolerated.

"I don't have any future concerns," Coen said. "It has been a pretty public thing, so I hope that everyone can kind of get a message from it."