The Unofficial Georgetown Commit List for the Class of 2017 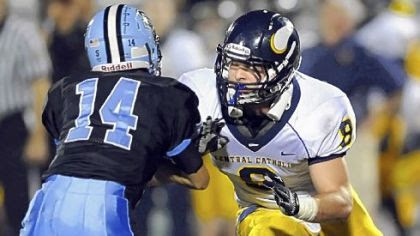 High school players across the country right now are making decisions on their college futures, and some are making choices involving Patriot League schools.

The news trickles out slowly, from a variety of sources, and finally ends with the official announcement from the schools of the incoming football recruit class.

But with a little work (and a lot of help), it's possible to get a list together of verbal commits to the individual Patriot League schools.

Below the flip, get a sneak peek of Georgetown's class of 2017, including links to some highlights, and also embedded video clips - and come back to this page often, as I'm going to be updating it frequently over the next few weeks until the Hoyas officially release their Class of 2017.