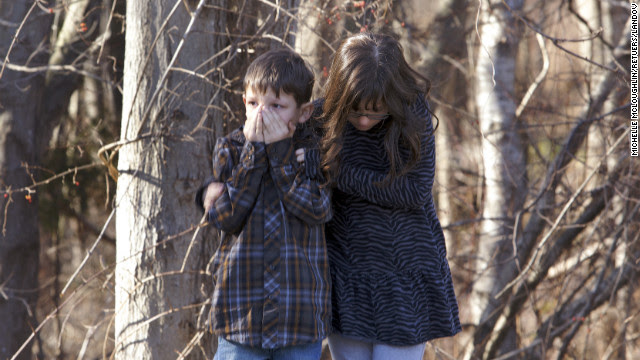 Overall, people in the Northeast are tough.

Maybe it's the cold, New England winters, the thick atmosphere around the financial and media centers of the large cities, or maybe it's just something in the cold melted waters in the tiny hills we call mountains.

Or maybe it's some of the calamities we've had over the last decade-plus. 9/11. Terrorism threats. Multiple storms that have knocked out power, crippled businesses and wrecked homes.

The latest happened this Friday, in a tiny, upper middle-class Connecticut hamlet only a half an hour from where I grew up.

My toughness, and a lot of the toughness that exemplify many of the people in the Northeast, disappeared.

Like many others, I wept for the victims of Newtown. But I was also appreciative for two hugely entertaining FCS football games that provided a very welcome distraction from the horrible events of Friday.

At about 9:00 AM on Friday, my big concern was conference realignment.

Driving through the town of Newtown, Pennsylvania, right past a couple of high schools and an elementary school, my thoughts were focused on Monmouth University and Quinnipiac University, who were strongly rumored to be announcing their move to the Metro Atlantic Athletic Conference, or MAAC, fron the NEC.

As a fan of the Patriot League, the answers to these questions affect that athletic conference as well. If Monmouth doesn't want to compete in the NEC in football anymore, or vice versa, the Patriot League could be a home for the Hawks.

But those questions would rapidly fade in importance, to be replaced by a feeling of sickness and helplessness when learning of the horror of what happened in Newtown, Connecticut.

Details only trickled out in dibs and dabs at first.

Something happened at an elementary school, we learned. I first learned about the horror on Twitter as I was checking my account for Monmouth's announcement that they were joining the MAAC. The words "shooting" and "Newtown" pops up. The blood must have rushed from my face. "Connecticut", I see, later, which was only very small comfort. Newtown, Connecticut is about a half an hour away from where my parents still live, and where I grew up.

It's funny, though, what your brain does when confronted with such a reality - it's as if it can't accept what was likely that happened, which was unspeakable crime, and instead there was some self-defense mechanism that kicked in, which tried to recast it as something else, a misunderstanding, a lovers quarrel, or anything else except what might have actually really happened.

As details continued to trickle out from this community I had driven through many times - a Normal Rockwell-like upper middle-class suburb, eerily similar to the place where I grew up - I focused on the NEC. It's as if my brain needed somewhere else to go, and realignment was that place.

Unthinkable things revelaed themselves on Twitter. Tiny children killed. More pictures came out of the elementary school - Sandy Hook elementary. Pictures of the school, with all the leaves off the trees in the weeks before Christmas. Interviews of kids at the school, in shock. Adults crying, desperate.

Then came my own vision. That elementary school could have easily been my own. Thoughts flashed back to Veterans Park elementary, walking outside, getting oak and ginko leaves for an art project, on a day similar to Friday. I lived through cold Connecticut school days in December.


Read the rest of the article here.