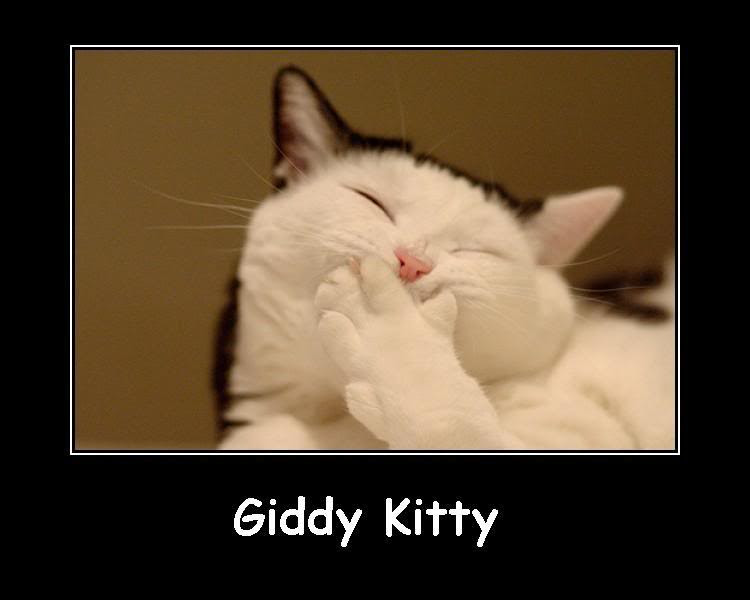 There is only one word to describe the thoughts of many Lehigh fans as the 2012 football season season starts.

So many offseasons, I have had to come up with words that sum up the thoughts going into a brand-new campaign.  And so many times, they have been words of caution.

What's the right way to feel this year?  Cautious, as I probably should feel every single year?  Or "giddy"?

It's pretty easy be able to keep things in perspective after, say, a 4-7 season.

Sure, there might have been some impressive victories and some close games against good teams in a 4-7 season.  But, in the end, "you are what your record says you are", as Bill Parcells famously said, and 4-7 is 4-7.

There was even a stretch of  time in the mid-2000s, when Lehigh wasn't making the FCS playoffs, it seemed like all the Mountain Hawk fans saw was gloom and doom when it came to the upcoming football season.

The countdown was on, so it went, as to when head coach Andy Coen would be shown the door, or even athletic director Joe Sterrett.

It was an outlook that put Red Sox or Cubs fans to shame - and one that seems laughable today, considering the message-board ramblings about the 2012 season from Lehigh Nation.

If you look around, you see Lehigh fans "giddy" at the prospect of senior QB Michael Colvin taking the reins at QB after a guy who broke a whole lot of passing records at Lehigh, QB Chris Lum, graduated.

Some might say that replacing your quarterback with an unproven commodity would at least be a point of some concern.

But, apparently, not this year, and not this team.  Folks who have seen the scrimmages and watched the recaps are extremely high on Colvin taking over for Lum, as was coach Coen, who made it clear after the second scrimmage that he would be the starter.

Some might say that replacing a guy like LB Mike Groome, not only a tackle machine but a do-everything leader of the defense, would be an awfully tough task for any emerging linebacker.

But, appartently, not this year, and not this team.  Folks who are fans of the Mountain Hawks and high school football in the area talk very highly of senior LB Billy Boyko, who did a fine job last year alongside Groome with 44 tackles and 2 sacks, as the guy that Lehigh will look to inside to punish opposing rushers.

The latest is that the incoming freshmen are extremely talented as well.  Fast.  Talented.  Coach Coen even tweeted that he was impressed with this freshman group.

Add to that unquestionable talents like senior WR Ryan "The Answer" Spadola and senior CB Bryan Andrews, and it's easy to see why 9-2, 10-1, or - yes - even 11-0 might be within reach of this team.

But are we getting too "giddy"?

Colvin has always been a great talent, has been extremely patient in waiting for his turn to be the starter, and his attitude this camp has been exemplary.  But he's still a gigantic question mark until we see him in a game with the whole Swiss Army knife of weapons at his disposal.

Boyko is a good football player, and like Colvin, his work ethic and attitude towards the game is something great to watch.  But he was also hurt good chunks of last year, and - well - will he be able to fill Groome's shoes?  Groome was a guy that opposing offenses needed to know where he was at all times.  Will Billy be that guy this year?

Those are not the only places with questions, either.  How will the "O" line do without OL Keith Schauder leading the unit?   Is senior RB Zach Barket back to 100%?  Will junior LB Nigel Muhammad be an effective pass-rusher on the outside?

Before I get too carried away, let it be known I'm not called "Captain Sunshine" for nothing.  I already like what I see in this team.   There seems to be the potential here, on paper, for another great year.

Yet I have to keep telling myself what I see on the roster - that there is a lot more inexperience at key positions that meets the eye, and if the Mountain Hawks are not careful, they can be poached while the pieces are all coming together into a championship-contending team.

At the end of the 2012 season, Lehigh's record will say who they are.  Before the season, everyone's a superstar.  Everyone can win the championship.  At our level, everyone hopes to be at least 9-2 and forge a deep run in the FCS playoffs.

At the end of the season, will we all still be "giddy" then?