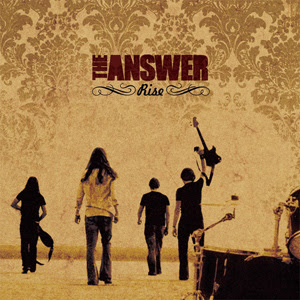 Rarely do "Sunday Word"s come as easily as the one coming out of this weekend.

It was abundantly clear to me when junior WR Ryan Spadola caught his back-breaking touchdown against Fordham that I had both a "Sunday Word" and a new nickname for the Howell, New Jersey native.

"The Answer"'s touchdown grab from senior QB Chris Lum came at the end of the third quarter, where - through a combination of Lehigh miscues and some battling from Fordham - the Rams still had a chance to battle back and make this a football game, down by only two scores.

But a 63 yard post pattern to Spadola - where he easily sped into the end zone - and Lehigh had the "Answer" they needed on how they were going to beat Fordham.

Lehigh's 6-1 record - thus guaranteeing them a winning season this year, and making them one win away from FCS playoff eligibility - has definitely not been the work of any one, or two, players.

And the offense of offensive coordinator Dave Cecchini doesn't just throw it to the same players each play.

Seven different Mountain Hawks have caught touchdown passes this year, and sixteen different players have caught passes.  This week, it was sophomore FB Zach Hayden's turn to hear his number called with a 2 yard TD pass from the goal line.

But it seems when Lehigh has really needed a big play to break the backs of their opponents during the last three weeks, Spadola has been their "Answer".

When you look at the Lum-to-Spadola connection more closely, it's amazing how many times you can link game-clinching big plays to win football games.

Against Bucknell two weeks ago, his 35 yard acceleration past a Bison defender made the score Lehigh 30, Bucknell 3.  Shortly thereafter, head coach Andy Coen brought in the second unit.

And against Yale three weeks ago, a 38 yard Lum-to-Spadola connection set up a 5 yard strike to senior WR Jake Drwal, another all-Patriot League candidate at wide receiver, to extend Lehigh's lead to 16 over the Bulldogs.

Remarkably, in every single game this year "The Answer" has had a reception over 35 yards.

And additionally, six of his ten touchdowns have also been 35 yards or longer.

Each time he connects for a big play, it fuels the excitement around this team.

Right now, we Lehigh fans are seeing how big plays from big playmakers can carry a team to a whole lot of victories.  Spadola's "answers" are a big part of this football team having a lot of fun playing football on Saturdays, and it shows.

The big plays have also infused excitement into this Lehigh fan base, wondering how far the whole thing can be taken.  Mountain Hawk fans have always been big fans of high-scoring offenses, going back to the "Air Lehigh" days of Hank Small, and this team is delivering offense to spare.

It's hard to believe, but it's almost a year to the day when I, along with a lot of other Lehigh football fans, would wonder if this Mountain Hawk team had what it took to win football games.

"It looked, for all practical purposes, like another Mountain Hawk egg that was about to be laid against an elite opponent," I wrote almost a year ago today. "It seemed like Lehigh could not do much right in their first half against Harvard. Two turnovers led directly to Crimson touchdowns. Only two offensive drives in the half yielded and first downs. And - in a chilling similarity to the New Hampshire game - Lehigh's defense and special teams handed the Lehigh offense two golden opportunities to score points, and both times Lehigh came away with nothing."

But in the opening drive of the third quarter, Spadola would step up in a big way, notching 47 of the 51 yards and connecting on a 4 yard TD strike from junior QB Michael Colvin.

And then, down 17-14 in a stiff wind at Harvard Stadium - Spadola scored a back-breaking touchdown on the final play of the third quarter - fittingly, a 51 yard post pattern that game Lehigh a 21-17 lead they wouldn't release.

Lehigh found their "Answer" on how they were going to beat Harvard down 17-0 at the half.

Will Lehigh continue to find the "Answer" in the coming weeks in order to win their second consecutive Patriot League title?

Will they make a triumphant return to the FCS playoffs?

And if they do make the playoffs again, will Lehigh fans find their first home FCS playoff game in ten years?  (In 2001, Lehigh beat Joe Gardi's Hofstra Pride, 27-24, in overtime in one of the most exciting games I've ever seen at Murray Goodman.)

There are no "answers"  to those questions - yet.

But I bet there's one guy I'm calling "The Answer" that will a part of our discovery on the responses to these questions.  And it's going to be a fun ride through the last four games of the regular season.