The Way Forward in the Northeast? 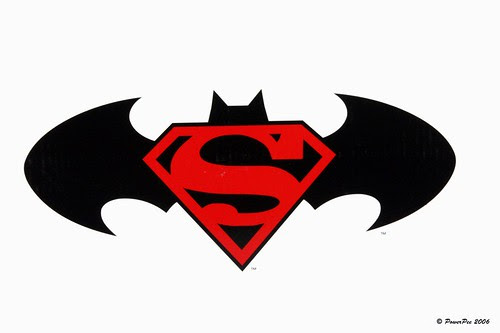 My last two blog postings, covering the departure of UMass to the MAC and what that means for FCS, paint a pretty grim picture for FCS football in the Northeast going forward.

But instead of wallowing in self-pity, let me instead do something else - make a proposal to make things right.

Like everything I propose (it seems), it will require out-of-the-box thinking and working together for a solution to make things better for everybody.  But the benefits to football in the Northeast - basically, it's preservation - requires such thinking. (more)

As I mentioned earlier today, the CAA in 2013 will be comprised of ten teams - nine if Villanova leaves. The best case scenario is that there will three will be north of Philadelphia - a situation that cannot hold for New Hampshire and Maine.

What if the Patriot League and NEC football conferences joined forces, to woo them to a joint setup that would allow them to stay in America East in all other sports?

There is a common element to the trials and tribulations of New Hampshire, Maine, the NEC and the Patriot League. They have all suffered, to some extent, of the question of what the schools north of the Mason/Dixon line want to be. Can they afford 63 scholarships? None? Some number in between? And are academic standards something they want to implement to ensure the quality of their student-athletes?

An alliance between the NEC and Patriot League - and the joint administration of a new non-scholarship league in the Northeast - could actually provide a wide number of schools exactly what they're looking for.

Here's how it could work:

Fordham already has stated that its institutional goal is to go to 63 scholarships. New Hampshire and Maine want 63 scholarships, and Albany and Central Connecticut State have, at one time or another professed that they have had that ambition. Stony Brook would have to think long and hard about abandoning the Big South in football, too, with a new 63 scholarship conference squarely in their footprint.

Rhode Island has said that they desire to reduce to 40 scholarships, but would they really say no to a 63 scholarship league consisting of all these members?

The Patriot League loses Georgetown - a school that seems to struggle with aid at the level it is now - and Fordham - who is on its way to 63 scholarships. In its place, they add nearby Monmouth and Bryant, two private schools who would like to rub shoulders with Patriot League "core members" in football, and have goals seemingly more in line with their core members.

While it might take some getting used to for Holy Cross fans to rub elbows with Robert Morris fans, the truth is Monmouth (and, possibly, Robert Morris) are two private institutions that seem interested in playing Patriot League football.  Certainly they have a lot more institutionally in common with Lafayette and Colgate than Albany and Central Connecticut State.

It also keeps together the Patriot League "core five", which is an important consideration for those schools.

The Pioneer Football league works as a non-scholarship league since it is administered out of the Missouri Valley Conference offices, and works with midwest conferences like the Horizon League and Atlantic Ten to make a functioning league for its members. A similar model could work in the Northeast, while also giving an opportunity for them to play the Pioneer Football League in a non-scholarship postseason bowl opportunity.

This setup would solve a lot of problems in the Northeast, grouping all the Pennsylvania and Northeast schools by football ambitions rather than by their basketball ambitions.

The NEC and Patriot League already have an autobid, so playoff access would not be an issue.

Schools would no longer feel constrained by limited ambitions by their basketball conference leadership - and if a school's ambitions change, they will have a conference to call home right away. There would be nothing preventing Georgetown from finishing their on-campus stadium, spending more money on football and moving to the Patriot League if that was their desire.

There would be a lot to work out, of course.  Which office would administer the new league?  Would decisions on football be made with presidents only, or would that have to change on the Patriot League side?  Would considerations need to be made so one conference doesn't hold undue influence over the other?

But the benefits of such an alliance would be immense.  It would save football in the Northeast - without disrupting the balance of conferences in basketball.

In this reporter's humble opinion, it's the only way forward for everyone.

Anonymous said…
As a Rhode Island fan, I am pretty disappointed of a move from RI to the NEC. Why would anyone ever want to leave a top conference. You can play 1-A teams and earn all the airline travel money that you need to play the southern CAA schools. In my opinion, I think this is a Title IX move on Rhode Islands part as URI does not have the money to increase women's scholarships.
1:26 PM

Anonymous said…
Do you have any conception of how poor are the Academics are at Monmouth ? It is an insult to compare them to the likes of Lafayette and Colgate. They are closer to Northampton CC, than to Lafayette.The Patriot League will never sink to that Academic level just for an additional team or teams.
4:08 PM

Anonymous said…
I understand that this blog is here to promote Lehigh football in all ways, but so many times I see the academic interests of the schoiol placed well behind the interest of having a bigger and better football team. The logic of having more and more scholarship football players reduces the overall academic quality of the institution, and this is something that Lehigh should never consider. I would prefer to see the school drop to D2 before I ever want to see it try to admit schools like Monmouth and Robert Morris to the same conference to stay at the lower level of FCS. You would do well to take this into account when you are drawing up plans for Lehigh to eventually make Goodman a 75,000 seat horseshoe and joining the Big10. With the understanding that this is a football blog....still, get real - the alums would never have it.
4:14 PM

ngineer said…
Anyone who thinks that having scholarships will diminish the perceived academic quality of Lehigh ignores the horrendous impact scholarships have had upon Stanford,Duke,Northwestern,and Vanderbilt, etc. I agree that adding schools to the league that don't meet an overall academic quality standard should not be considered, but to say using scholarships will harm Lehigh academics is not valid. Indeed, we'll be able to recruit stellar students who, before, we could not recuit because they did not meet the 'aid' requirements.
11:01 PM