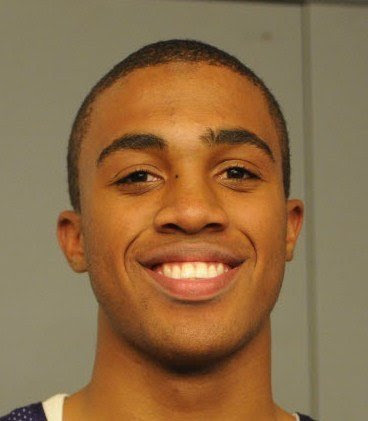 It's always great to see great collegiate football talent stay home, and yesterday we learned that a fantastic athlete from nearby Palisades High School will be attending college just up the road.

And, too, Lehigh announced another commit from an area that has been delivering the Mountain Hawks some solid talent over the past few years - Maryland.


It's not every day that a player gets his high school football commitment announced on local TV, but that's exactly what happened to WR Josh Parris yesterday. Commentator Troy Hein described him as "an outstanding athlete" and "one of the best players they've ever had down there," a three-sport standout who also is a star on the basketball court and is the Pirates' all-time leading scorer.

He was such a good athlete that he was moved from wideout, where he played his junior year, to quarterback. And that doesn't also include the fact that Josh also played at free safety on defense, too, making him "quarterback of the offense and quarterback of the defense", according to Palisades head coach Jim Brady.

Parris didn't only conquer local TV with his announcement: the Bucks County Courier-Times and Express-Times all had positive things to say about the why's and wherefore's of his collegiate selection:

As a junior for the Palisades football team, Josh Parris was a wide receiver on offense and caught 36 passes for 562 yards and six touchdowns for a squad that qualified for the District 11 playoffs.

Parris will have a news conference at the school library on Friday to announce that he will play football at Lehigh University.

“I think he’s definitely making right choice, with what wants to do academically and athletically,” said Pirates coach Jim Brady. “Lehigh is lucky to have him. He’s a smart kid, very athletic, and he doesn’t look as big as he is strong.

“For us last year, he played a position I don’t think he’s going to play in college. He’s just an all-around athlete wherever they play him.”

Josh Parris decided to follow in his father's footsteps.

The Palisades High School senior will continue his football career at Lehigh University next fall.

Granted, Gene Parris didn't play football, but he went to the Bethlehem institution for chemistry. [Ed. note: He actually got his doctorate in chemistry at Lehigh.]

Parris said he enjoyed chemistry and biology in high school so "anything that involves both" is right up his alley. What he enjoys more than that, though, is winning.

For a rebuilding football team that finished just 2-8 under a first-year coach in Brady, Parris did a little bit of everything from the quarterback position. He rushed 689 yards and seven touchdowns on 143 carries, and completed 48 of 133 passes for 648 yards and another score. As a defensive back, he had three interceptions.

He rushed for over 100 yards on two occasions, including 138 yards on 28 carries and a pair of scores in Palisades’ 18-17 win over Notre Dame-Green Pond, while also throwing for another touchdown.

"It's definitely great. It really helped sway my decision," Parris said of joining the defending league champs. "They have a winning attitude there. I'm ready to be part of another winning program.

"I'm ready to get back on a championship-caliber type of team. Winning is a lot of fun."

Overall, he looks like a fantastic new member of the Mountain Hawk football team - and the Lehigh biochemistry team.

At Walt Whitman high school in Bethesda, Maryland, we also have a commitment with not nearly as much fanfare, but no less significant: 6'4, 275 lb OL/DL Ned Daryoush.

Also a all-county heavyweight wrestling champion, Daryoush was a large defensive end/linebacker hybrid for the Vikings, but Yahoo's profile (where his name is misspelled as "Ned Daryous") he's listed as an offensive tackle prospect.  Whitman's running game was a positive last year - midway through the season, the Vikings had paved the way for 686 yards and 10 TDs, as well as a balanced passing game.

He's the older of two brothers at Walt Whitman, as his younger brother Josh is a junior on the Vikings.  (Matter of fact, his picture is switched with his brother's on their roster.)

His game is best seen in the below YouTube video, where you can see highlights of him playing right offensive tackle and left defensive end/outside linebacker.

Anonymous said…
his burst is impressive for a guy his size. He plays a touch high but thats high school for you. Saw or Drobs will drop those hips regardless of which position he plays for Lehigh. Looks like a solid big prospect.
3:21 PM