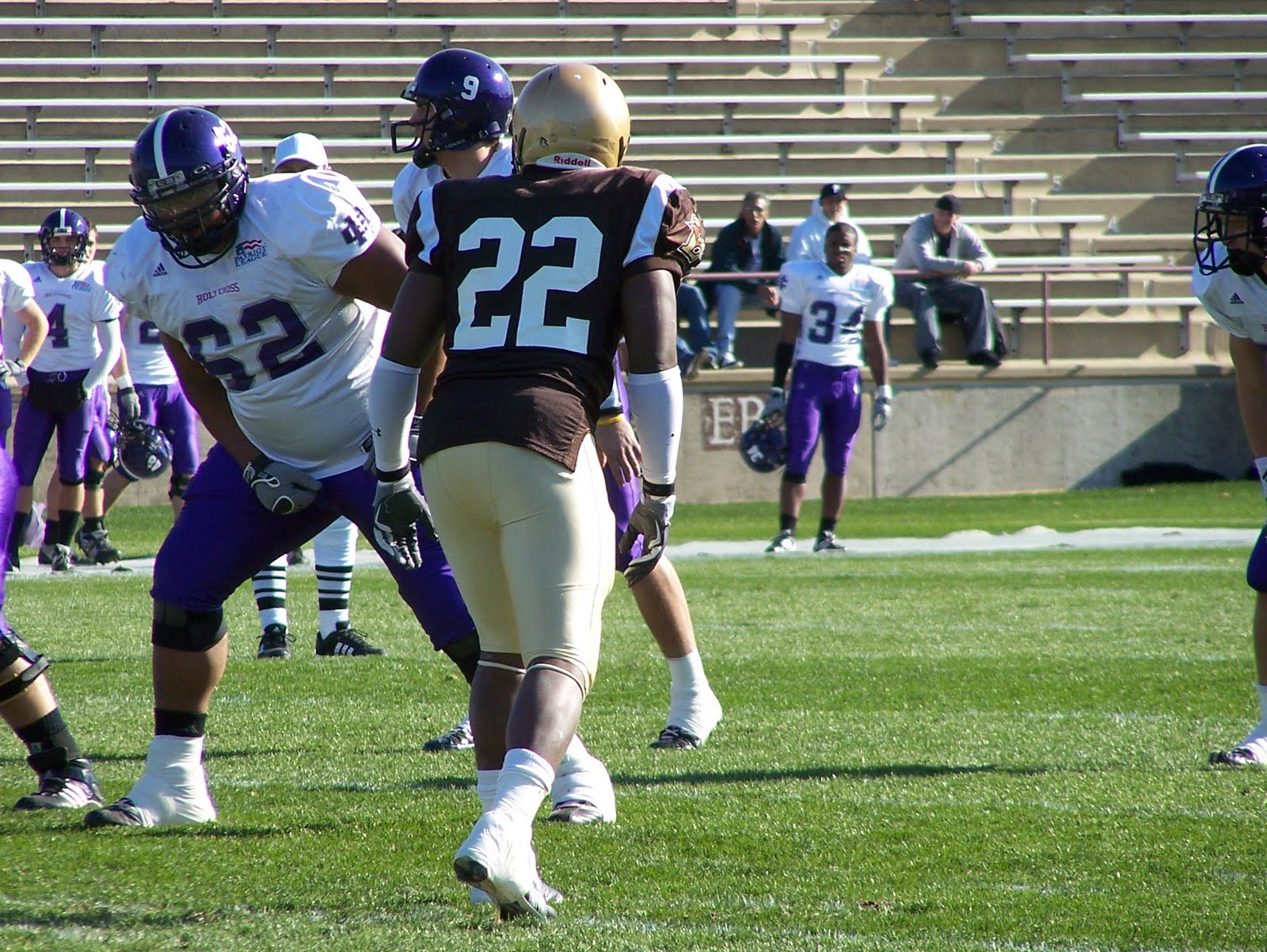 What better way to close out the 2009 season than with my annual "Hawks of the Year" awards?

Every year my "Hawks of the Year" are tallied based on my "Hawks of the Week" during the season. While there's no pretty trophies or luncheons available for the winner of my LFN awards (yet), it's still an honor that is not easily earned and should be a recognition from the fans for outstanding achievement during the football season.

This years "Hawk of the Year" nomination may not come as too much of a surprise - but, perhaps, some of the other nominees may be - including many players who will be returning next year. (More)


Offensive Hawk of the Year

Winning - narrowly - the offensive Hawk of the Year award is junior RB Jay Campbell. (Photo courtesy Lehigh Valley Live.) In a year with inconsistent offense, Campbell's consistency was a definite boon to the Mountain Hawks to the tune of 659 net yards and 4.7 yards per carry. His ability to make forward progress on runs is fantastic, only tallying one negative rushing yard on the season.

Campbell's best games came in some of the better Lehigh performances of the year: against Georgetown (111 yards), Holy Cross (124 yards), and Fordham (155 yards). Lehigh fans are certainly going to be excited to see what the Wilmington, Delaware native will be doing for an encore next year.

Defensive Hawks of the Year

Benning, an Ellicot City, Maryland native, was the key linchpin on the "D" line in Lehigh's 3-4 defense. Always an LFN fave, he didn't always have the gaudiest numbers every game but he always seemed to get the tough tackles, and big tackles for loss in big situations game in and game out. His 47 tackles, and 9 tackles for loss including two sacks, were a big reason why Lehigh's "D" was so fearsome in 2009. His 12 tackles and 1 sack against Central Connecticut State earned him Patriot League Defensive Player of the Week honors, too.

In 2009, Taylor was the hard-hitting inside linebacker that made people pay for going over the middle and getting the tough rushing yards. The Phoenix, Arizona native led the Mountain Hawks in tackles with 69 and also notched 8 tackles for loss, including 2 sacks. His strip of Patriot League offensive player of the year Dominic Randolph on a key third quarter stop gave Lehigh a very good chance at winning an important game against Holy Cross. Against Fordham, where he notched 11 tackles and 1 sack, Taylor won Patriot League Defenisve Player of the Week honors.

Taylor, a senior, is scheduled to be back for his final year of eligibility. His return is something that gives Lehigh fans serious hope for 2010.


Special Teams Hawk of the Year

This one was pretty easy: this one is going to the guy they call the "Prez". Junior DB/KR John "Prez" Kennedy gets the nod with one of the most dangerous kickoff return games in all of FCS. (Though the picture, photo credit: Morning Call, shows him on defense making life miserable for a Georgetown offensive player.)

His 774 yards of kickoff returns were good enough for 18th nationally in FCS - and was a big part of making Lehigh's return game 10th in all of FCS as well. (His 794 all-purpose yards from scrimmage led the Mountain Hawks in 2009, too.) Against Central Connecticut State, he returned a kickoff for a touchdown, keeping Lehigh close in that game and earning Patriot League Special Teams Player of the week that week, too.

While the Yale home shoutout was a game in many ways to forget, the Philadelphia, PA native did everything in his power to make that a game - including blocking a kick, intercepting a pass and forcing a fumble on Yale's final kneel-down that very nearly gave Lehigh the ball back.

Freshman Hawk of the Year

I haven't usually added a "Freshman Hawk of the Year" award, but this year it seems like a good time to introduce it since so many underclassmen seemed to see action for the Mountain Hawks. In this case, it seems like freshman QB/RB Michael Colvin would be a very deserving winner for 2009. (Photo Credit: Morning Call)

Colvin splashed on the scene against Villanova and rapidly became a burst of "Wildcat" offense for the Mountain Hawks, notching up 232 yards rushing, including this 55 yard run pictured against Harvard that got Lehigh going out of the gate quickly. Until he broke his foot againt Bucknell, he was looking like a valuable weapon in the years to come for Lehigh, averaging 6 yards per carry and earning Patriot League Freshman of the Week honors after the Georgetown and Yale games. Here's hoping we see more excitement from this sophomore-to-be next year.

LFN's Hawk of the Year
No surprise here.

Senior LB Matt Cohen, named to four all-American teams, could have been the best linebacker to don the Brown and White since Jim McCormick. An ironman from wherever he played - inside or outside linebacker - the Allentown, PA native racked up 44 tackles for loss in his Lehigh career, which is by far the largest total in Lehigh history.

At 6'1, 230, Cohen was a quiet leader on the Mountain Hawk defense, but dependable for one or two game-changing big tackles a game, it seemed. Never a big talker, he preferred to have his hitting do the talking. When Lafayette was driving on first-and-goal from the 6 yard line to attempt to take the lead during a 14-14 deadlock, his power tackle set the tone for the goal-line stand that would ultimately start Lehigh on a big TD drive - a huge play in Lehigh's 27-21 OT victory in a game of huge plays.

A tough, physical player, I was struck how many big defensive plays over his career I would witness, and then think to myself, "I bet that was Cohen", and sure enough it was. Against Georgetown, he was unstoppable, with 3 sacks - which was good enough for Patriot League Defensive Player of the Week honors.

Unknown said…
Well deserved awards. No objection to Colvin but I would add Andrews as 1A .