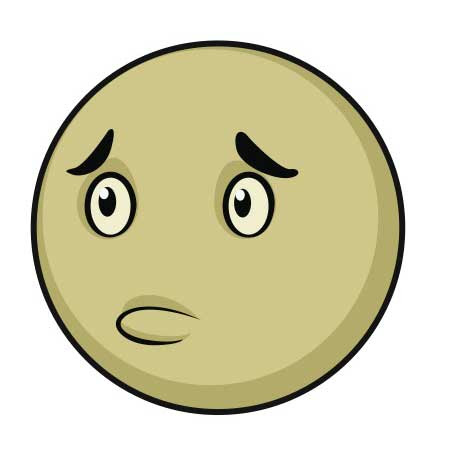 It's the last "Word" of the year, right after the last football game of the year involving a Patriot League team. (Again.) Without a doubt, it's "Worry".

The first dimension of this Sunday's "Word" involves the game this weekend.

I was definitely rooting for Holy Cross to win this weekend, but going into to the game I didn't have very high hopes for a Crusader victory.

Villanova gives teams plenty to "worry" about: a multi-faceted offense, a swarming defense and just great talent at so many positions. After seeing them dismantle Lehigh early in the year, I told anyone that would listen that Villanova had a heck of a lot of answers to a lot of questions. To me, as good as Holy Cross was during the regular season, the Wildcats were going to pose a multitude of matchup problems for the Crusaders.

Fortunately, my "worries" were unfounded. Holy Cross senior QB Dominic Randolph played the game of his life, lighting up the Villanova defense like no other team this year has (including FBS Temple, whom the Wildcats beat, and Richmond and New Hampshire and William & Mary, all still alive in the playoffs). Every Villanova fan I've seen were genuinely "worried" that Holy Cross was going to make that one play to beat them. That's a great credit to Holy Cross head coach Tom Gilmore, Randolph, junior WR Freddie Santana, sophomore TE Alex Schneider and the rest of the Crusaders.

But with all the back-patting for a job well done against one of the best teams in FCS, the game still is what it is: a dreaded "moral victory" (a very strong candidate for this week's "Word", too). When folks look at the score, they'll see an "L" next to Holy Cross' name, just like the "L" that graces every Patriot League playoff participant in the first round since 2004. There are some blowouts (like Colgate's 55-28 first round shellacking in 2008) and some "moral victories", like the one last Saturday.

Ultimately, though, they're all still losses. And that is indeed a cause for "worry".

Somehow, some way, the Patriot League will have to win one of these games to get the national respect that they had in the days when Colgate made a march to the national championship game in 2003 or Lehigh was the first-round opponent nobody wanted to face in the late 1990s and early 2000s.

In this reporters opinion, it's not so much that the Patriot League has changed, but that the rest of FCS football has changed.

When Colgate and Lehigh were making playoff noise, the CAA was administered by the Atlantic 10 and was treated like the stepchild that was locked in the attic. The A-10 defined themselves as a basketball conference, and it showed. But once the CAA took over operations of the former Yankee conference, football started to get the attention and promotion it deserved. And not just for the big state schools that you'd expect, either, like James Madison and Delaware. Richmond and Villanova, two affiliate members, have been dominant the past two years.

Richmond and Villanova were once bandied about as realistic candidates for Patriot League membership by the power structures of both universities. Now, it seems almost inconceivable that they would leave the CAA. They both house powerful football (and, for that matter, basketball) teams, as well as balancing the challenges of football scholarship spending for private institutions.

Regionally, the CAA is what the Patriot League is measured against on a national scale. Before, we were competing against a scholarship league that was not measuring up to their potential. Now the CAA is realizing their potential - and the Patriot League is not competing against them. Six years of first round playoff losses are proof of that, no matter how close the losses are.

There is another dimension to my "worry", though.

At the conclusion of the season, CAA North member Northeastern decided to drop football. While many wondered how Northeastern would continue to compete in the CAA with old facilities, the move took some (including this reporter) by surprise. The Huskies turned their back on a sport with guaranteed games on TV, FBS matchups that involved paydays and bus trips, and not an insignificant amount of money to devote their full energy to cheaper (and more Title IX friendly) sports such as hockey and basketball.

As a Patriot League fan, I saw Northeastern a prime candidate for Patriot League membership in all sports. They're a private institution with a rising academic profile, would have been a great rival for Holy Cross in so many sports, and would bring with them a great basketball team that would have strengthened the PL. Without football, though, they are not nearly as good a candidate.

With a huge void in their conference schedule, the CAA looked around for teams that might be good candidates to plug the hole. And one of the names being bandied about is Fordham - who wants to play at 60 scholarships and play FBS teams.

Having said that, it's not a slam-dunk. Fordham may not want to throw away their Patriot League affiliation so easily, for one - after all, they could have done so last year, but appear to have gone to great pains to stay a part of the Patriot League by adhering to their academic index and playing a Patriot League schedule. Second, the CAA may not want to introduce another A-10 team to the CAA - especially to the CAA North, who now only have one CAA all-sports member in their midst and have to be worried about the league breaking off en masse and becoming football competition.

Also, with Northeastern gone, the number of football schools that the Patriot League can target for expansion just reduced by one - and it's not like there were that many small, private institutions that seemed to fit in the first place. Marist, who at one time wanted to join the league, now seems happy in the Pioneer Football League playing non-scholarship football. VMI is pretty far south, but still have to top the list, followed closely by Liberty. Other private NEC schools - St. Francis (PA), Monmouth and Bryant - would be start-ups.

What will happen? I don't know. But there's certainly cause for "worry".

Anonymous said…
Can we PLEASE get rid of Coen? I check this board daily to see if we can get some good news for once!
1:50 PM

Anonymous said…
At this point we should worry about keeping this program. I can see our Pres. running it into the ground with the help of Coen to pull a Hofstra!
7:03 PM

Anonymous said…
She would love nothing more than to make that announcement with her ridiculous smug assed face.
12:34 PM